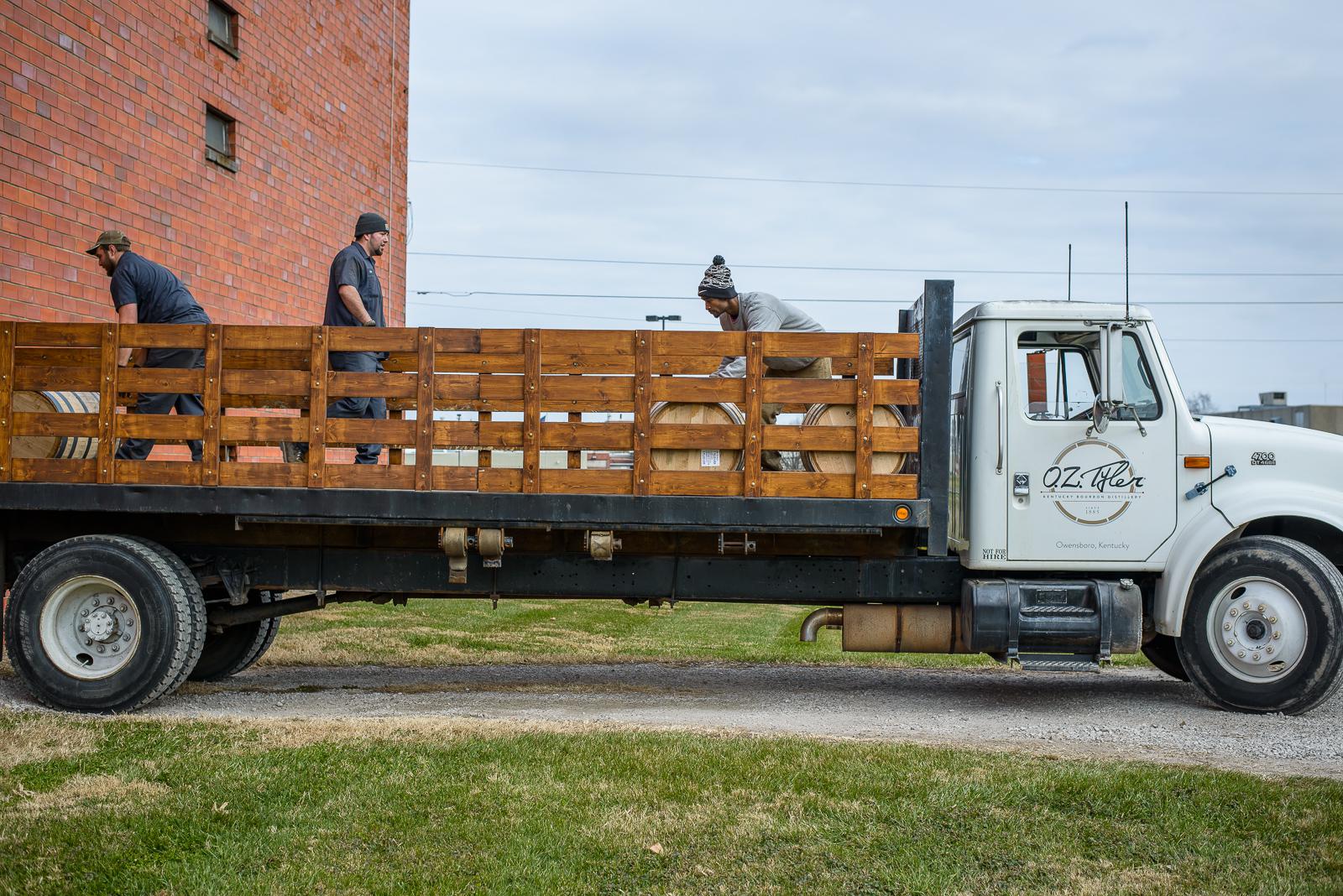 Bourbon distillers like O.Z. Tyler (pictured) will be feeling the pinch of proposed Chinese tariffs once they take effect. (Photo by Kristina Krug)

Tucked among a list of 106 U.S. products—including global commodities like corn and soybeans, passenger vehicles, frozen animal heads, and cryptic-sounding chemicals—the sight of “whiskies” surely caused hearts to sink across Kentucky. Today, shortly following the announcement of plans by the Trump administration to impose tariffs on an additional $50 billion in Chinese goods, China’s Ministry of Commerce fulfilled its promise of retaliatory action by announcing its own list of U.S. imports to receive increased tariffs of 25%. It’s a sharp turn of events from February of this year, when Christine LoCascio, senior vice president of international affairs for the Distilled Spirits Council of the United States, spoke with Chinese news agency Xinhua and expressed optimism about continued growth for U.S. spirits in China: “China is a relatively open market, and import tariff is only 10%.” Neither the U.S. nor China have announced the dates on which the tariffs would take effect.

American whiskey escaped the first round of Chinese tit-for-tat tariffs on about $3 billion of U.S. goods, announced on March 23rd and put into effect on April 1st in direct response to the Trump administration’s U.S. steel and aluminum tariffs, announced in early March. The initial Chinese tariff list of 128 items included sparkling wine, dried fruit and nuts, and pork products. The latest list from China is far greater in both value and scope, addressing U.S. imports amounting to $50 billion in 2017.

The U.S. is the world’s sole producer of bourbon and its sibling, Tennessee whiskey, so the tariffs would precisely target a single spirits category, a handful of producers, and two states, Kentucky and Tennessee. Bourbon whiskey production is permitted across the United States, but is highly concentrated in Kentucky, which produces in excess of 95% of all bourbon, according to the Kentucky Distillers Association (KDA). Although growing, China is still a very small market for American whiskey. The Distilled Spirits Council estimates 2017 imports of all American whiskeys to China at just under $8.9 million. By comparison, total American whiskey exports to Japan were nearly $100 million last year.

Today’s announcement may be good news for distillers of another type of whisky: scotch. According to the Scotch Whisky Association, exports to China were up 45% to £27 million for the first half of 2017. And this impressive growth should be helped even more by the increasing disparity in tariffs with bourbon, as late last year China reduced its tariff on scotch whisky from 10% to just 5%.

This post was updated on 4/618 to reflect additional information about American whiskey exports.