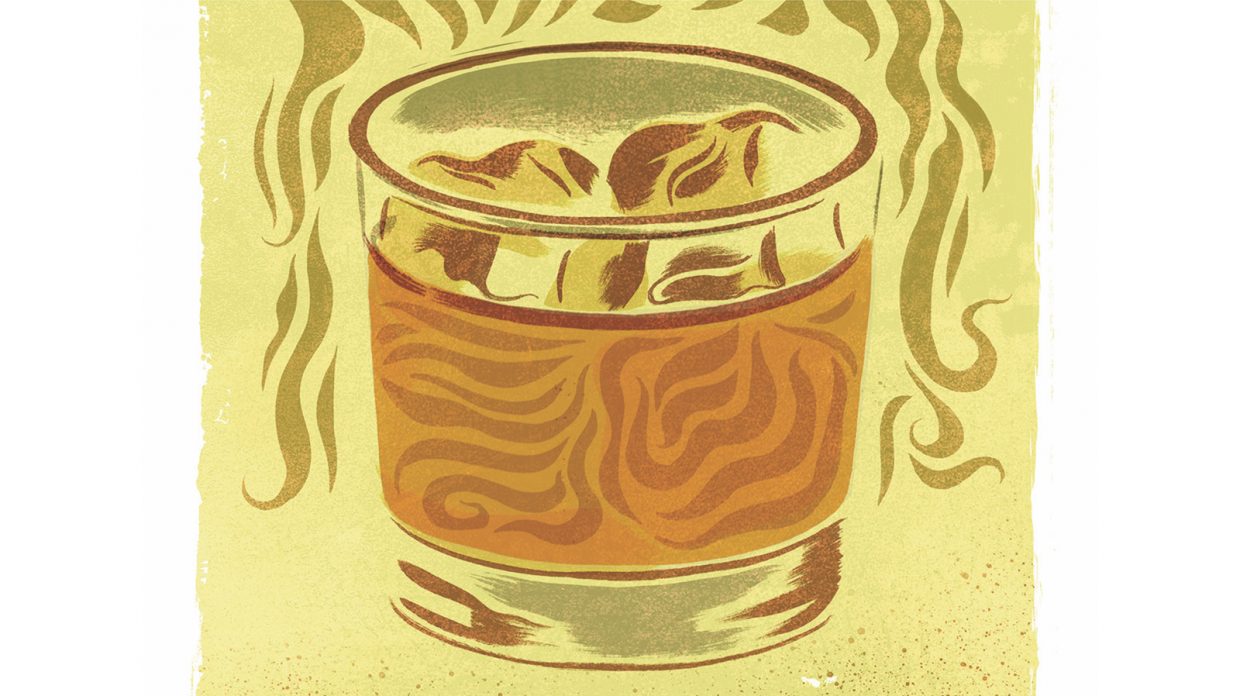 Have you ever picked up a bottle of whisky and noticed the liquid inside is hazy? Or dropped ice into a glass of whisky only to see it turn cloudy? Fear not, this isn’t faulty product. It’s whisky that is non-chill filtered, and it’s coveted by enthusiasts.

Unless it’s chill filtered, any bottle of whisky that’s diluted with water or allowed to sit undisturbed at room temperature for a couple of hours will develop a haze, says former Four Roses master distiller Jim Rutledge. “The haze will ultimately turn to ugly, nasty looking solids in the bottle,” he says.

In fact, confused consumers often return these hazy bottles to the store, says Jefferson’s bourbon founder Trey Zoeller. “As much as I love the non-chill filtration, it’s a pain. People find floaters and are unhappy,” Zoeller says. Given this problem, most distillers simply choose to chill filter before bottling.

Chill filtration prevents whisky from developing a haze, but it can also strip it of flavor if not done carefully. Former Heaven Hill master distiller Denny Potter explains that chill filtration removes fatty acids, esters, and proteins that create the haze, also known as ‘chill floc.’ “Our chill filter process involves dropping the temperature of our whiskey to around 28-30˚F, forcing the whiskey to floc, and running it through a pressure-leaf filtration media,” Potter says. “This media will remove the chill floc without altering the color or flavor.”

Some distillers will drop the temperature as low as 10˚F during the chill process, while others use carbon filtration to remove the floc. But there’s a trade-off for such crystal-clear whisky; Potter contends that carbon filtration removes flavor, too. Rutledge notes that today’s connoisseurs actually prefer their whisky to be non-chill filtered because it assures them that flavors haven’t been stripped away.

How to Tell if Your Whisky is Non-Chill Filtered

Many non-chill filtered whiskies proclaim it on the label. But if you are uncertain, these easy tests can help determine if a whisky has been filtered for aesthetic reasons.

Shake it Up: Swish the bottle and look closely as the whisky drips down the inside of the bottle neck. Tomaszewski says non-chill filtered whisky will often reveal cloudy residue.

Fuggedaboutit: According to Tomaszewski, a non-chill filtered whisky allowed to sit out in a glass overnight will become opaque.

Put the Chill On: Place the bottle in the freezer. “If you do not see any cloudiness once the temperature of the liquid gets below 30˚F, then it is probably a good indication that the whisky was chill filtered,” Potter says.

The Burden of Proof: Higher-proof whiskies make it more challenging to identify chill filtration, according to Rutledge. “The more water added to a whisky the faster the precipitation will occur, so lower proof whiskies are at greater risk for fatty acid precipitation,” he says. “I’ve never seen a haze in a barrel strength whisky, no matter how long a bottle is left standing undisturbed.” Dilute high-proof whisky with water before testing.