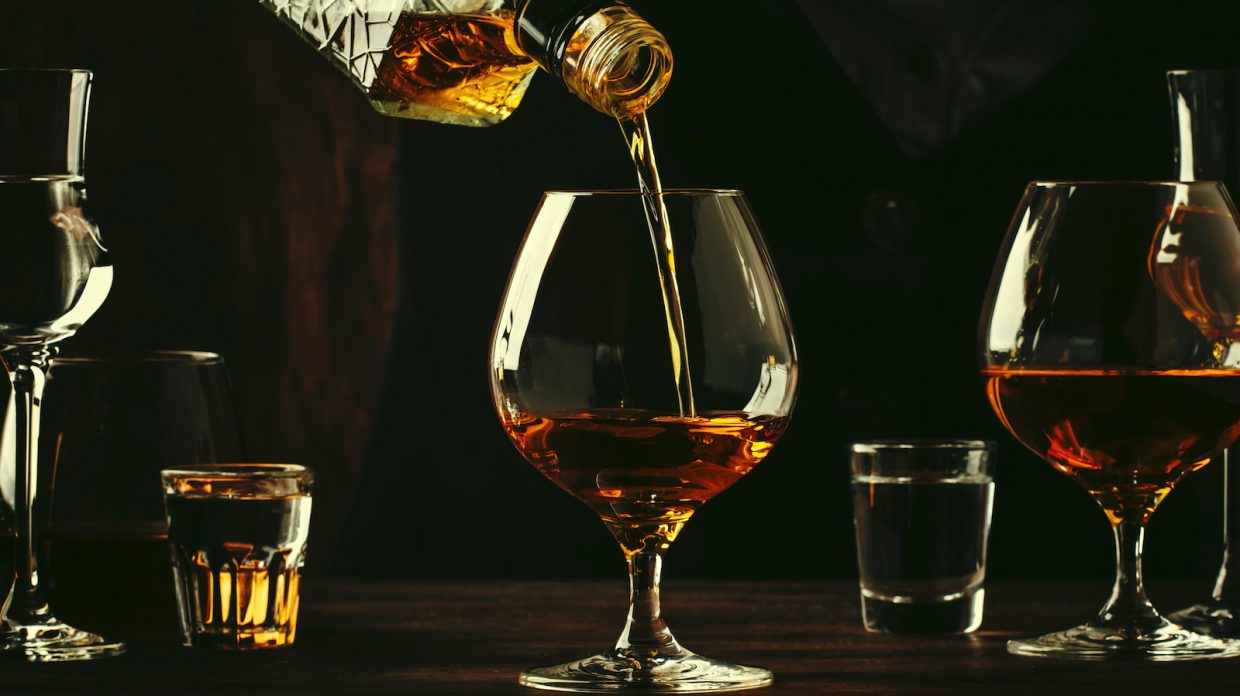 From impressive age statements to the use of finishing casks, the process of making cognac is starting to look more like that of whisky. (Photo by iStock/5PH)

In one sense, cognac is the wine world’s whisky equivalent: an exquisite spirit, distilled from grapes rather than grain, aged in oak to create nuanced flavors worthy of intense contemplation. In another, the categories are at odds. Even as the whisky realm expanded with a breadth of variables, cognac remained constricted by tradition and French regulations into a narrow band of possibilities.

Until lately, that is. Taking cues from whisky’s success, cognac is exploring innovation. Once staid and self-satisfied, makers are rethinking maturation techniques, age statements, and blending (or lack thereof) in ways that are shaking up the niche—and in some cases even exceeding the bounds of what this brandy exemplar can be.

Cognac is a subset of grape brandy, a distilled wine. Its exclusive birthplace, a growing region of the same name in southern France, sets it apart. Local vineyards provide the wine, which is then locally distilled. Maturation is largely executed by a small handful of big producers. Cognac is traditionally defined by age, although using nomenclature that is less exacting than whisky’s numerical age statements. VS (very special) indicates at least 2 years of aging, VSOPs (very superior old pale) are 4 or more years, and XO (extra old), formerly at 6 years old, was reclassified in 2018 as 10 or more years. Traditional age statements are also allowed.

The Whisky Lover’s Guide to Cognac

The strictures for maturation, which has traditionally been done in tight-grained oak from French forests (Limousin and Tronçais), have recently started to loosen up. As with whisky, many cognacs are now getting a secondary maturation in casks previously used for other spirits and fortified wines. Bache-Gabrielsen offers a VS that has spent 6 months in new American oak, while Philbert has a VS further matured in oloroso sherry casks. Martell’s Blue Swift is finished in bourbon barrels, which are not permitted; it’s labeled “spirit drink made of VSOP cognac.” Hennessy’s Pure White selection goes directly into reused casks as opposed to the usual process of starting maturation in new vessels, which creates a pale champagne color and delicate honey and floral notes.

Cognac includes six growing areas, or crus, defined by soil type: Grande Champagne, Petite Champagne, Borderies, Fin Bois, Bons Bois, and Bois Ordinaires (or Bois à Terroir). Most cognacs are blended across these areas, except that the two cherished Champagne regions (no relation to the sparkling wine) are sometimes bottled without the other crus. In the past, the other growing areas weren’t typically trumpeted on labels. Now, cognac makers are bottling single-cru spirits from even the lesser-known areas.

Whisky lovers have long relished the uniqueness of single-barrel offerings and individual cask selections, and that kind of careful curation has finally arrived in cognac. Nicolas Palazzi, proprietor of importer PM Spirits, searches the cellars of grape farmers who not only grow, but also ferment and distill. Oftentimes the prize is a unique experience from a cask that has reached peak maturity, bottled at perfect proof to show off its charms. And, Palazzi says, he’s slowly growing an appreciation for his kind of farm-to-bottle treatment: “It’s a constant battle to get people to understand the wide possibilities of cognac.”

Cognac At A Glance

Bache-Gabrielsen American Oak—40%, $40
While this cognac ages in untraditional American oak for 6 months, the VS can still be called cognac because the wood was not previously used for grain spirits. Whisky notes (vanilla, caramel, and maple) shine through, as well as classic brandy (grape, flowers, and fruit).

Courvoisier Sherry Cask Finish—40%, $40
Delivering a combination of nuts, honey, berry, and raisin, this is affordable and expressive enough to mix in cocktails as well as drink neat.

Cognac Park Fins Bois Single Cru—40%, $50
This organic spirit plays on the limestone and clay soils of the Fins Bois and comes off lighter and brighter than most cognacs, with pears, flowers, and spice.

Frapin 1270—40%, $55
A fine Grande Champagne example of a single-estate cognac (harvested, fermented, distilled, and aged on the same property). A lush meeting of flowers and fruit with honey and graham cracker.

Martell Blue Swift—40%, $50
While not technically cognac, bourbon-barreled VSOP is a fine segue from whisky to brandy with its caramel and vanilla sweetness, cinnamon, and toast.

Pierre Ferrand 10 Générations—46%, $60
This Grande Champagne selection uses 20% sauternes casks in its aging. It has flavors of honey, nuts, spice, and an array of fruit.

D’Ussé XO—40%, $230
The Château de Cognac where D’Ussé is made has a humid aging cellar along the Charente River, as well as a drier one. Blending barrels from both locations creates complex flavor that includes dried fruit, chocolate, spice, and hard candy.