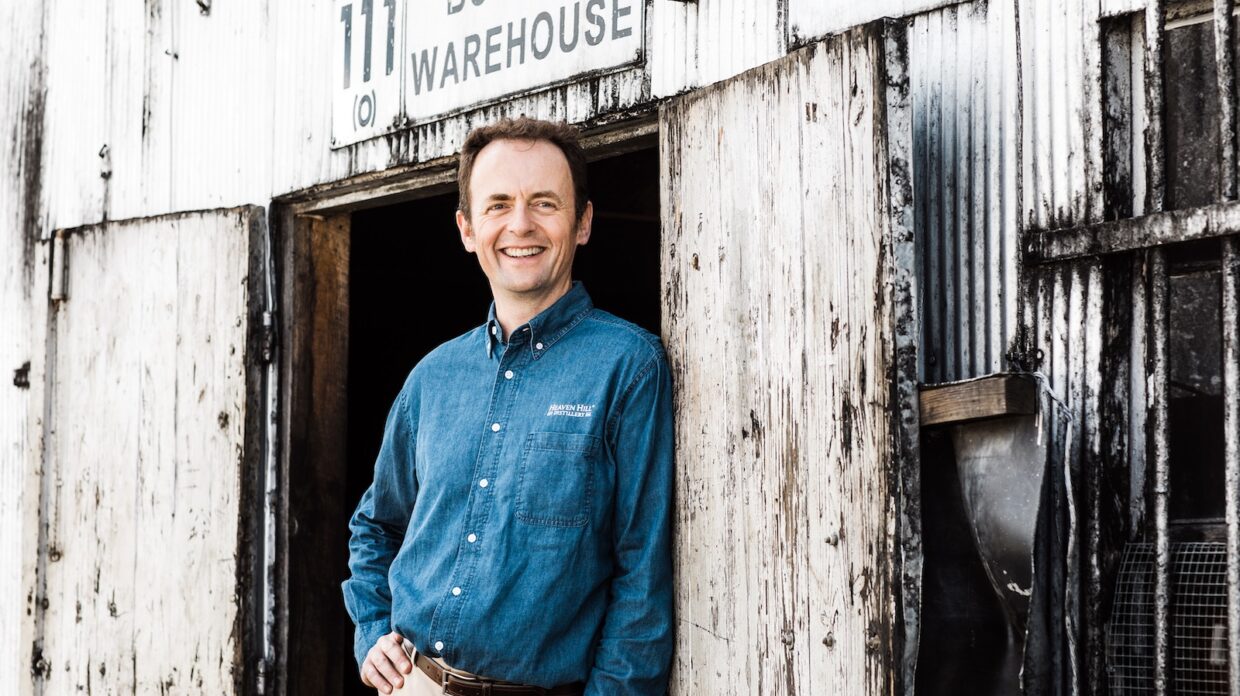 If whiskey lovers felt inclined to pour a dram last Friday—with much of the country on edge over the final stretch of a U.S. presidential election like no other—there’s a good chance many reached for something high-quality, affordable, and widely available. Heaven Hill Distillery produces a remarkable range of whiskeys with those attributes, and on Nov. 6, master distiller Conor O’Driscoll joined Whisky Advocate’s Instagram Live series #TasteWithSpace to talk about how they do it.

O’Driscoll and Whisky Advocate digital assistant editor and tasting coordinator Ted Simmons kicked off the conversation by tasting Heaven Hill 7 year old Bottled in Bond. Earning the No. 4 spot among Whisky Advocate’s Top 20 whiskies of 2019, it’s just one example of how Heaven Hill’s massive size works to its advantage when it comes to making great whiskey available at a fair price. “In almost any business, volume is your friend,” O’Driscoll explained, noting that Heaven Hill is “the world’s largest single-site bourbon distillery. We produce 24/7 somewhere between 48 and 50 weeks of the year, and every day that we run, we’re producing close to 1,400 barrels.” That means O’Driscoll oversees an inventory of nearly 2 million barrels spread across 61 warehouses. “With that huge inventory, we have a very deep pool to pull from.”

“We have all these great brands, and the name Heaven Hill was on some of our lesser-known and lesser available whiskeys,” he added. “But to roll out this new whiskey last year with our name writ large across the front—it was an opportunity to reflect on our almost 100 years in business, and pay homage to that legacy and history of 85 years of making great whiskey.” Bottled in bond whiskey in particular is an essential part of that history. “The very first whiskey that Heaven Hill brought out in 1935 was a 4 year old bottled in bond [bourbon], so bottled in bond runs deep in our veins.”

Heaven Hill’s emphasis on bottled in bond whiskey actually traces to the Bottled-in-Bond Act of 1897, which was meant to ensure “a guarantee of quality,” O’Driscoll said. “In those days, there was no FDA, there was no TTB, there were no rules as to what a quality whiskey was, and there were people just blending all kinds of nasty stuff together. So the government enacted the Bottled-in-Bond Act to give the consumer the guarantee that the whiskey they were buying was 100 proof, 4 years old, produced by a single distillery in a single season with nothing added but water. Then when Heaven Hill came along in 1935, right after Prohibition, we wanted to put a flag in the ground and say, ‘We’re going to produce quality whiskey. We’re not going to rush something to market.’ That’s our DNA.”

Check out the full interview on IGTV to hear O’Driscoll’s take on the “flavor explosion” from Larceny Barrel Proof bourbon, as well as Heaven Hill 85th Anniversary Edition 13 year old bourbon, both of which he and Simmons tasted; the sweet spot for bourbon aged in Kentucky; more insight on Heaven Hill’s different mashbills; and the distillery’s “grain-to-glass” program. And follow Whisky Advocate on Instagram to join our #TasteWithSpace live interviews every Friday at 3 p.m. Eastern. Join us this Friday, Nov. 13, when Jack Daniel’s newly appointed master distiller Chris Fletcher joins Simmons to talk about taking over for former master distiller Jeff Arnett.