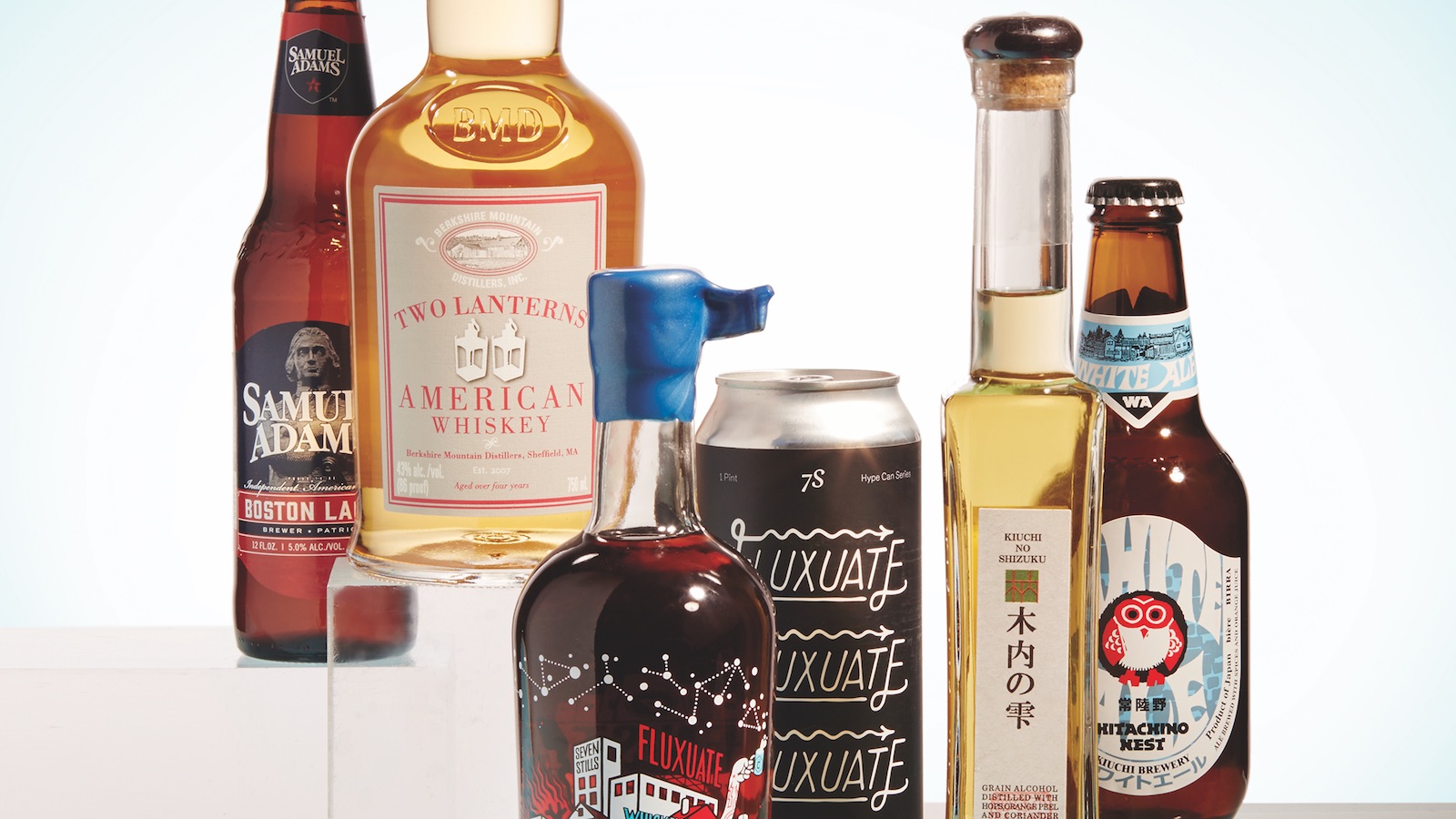 Taste the link between brewing and distilling for yourself. (Photo by Jeff Harris)

The wash that goes into a whiskey still is sometimes called distiller’s beer, but this un-hopped fermented liquid tastes nothing like your favorite IPA. Now though, some craft whiskey producers are distilling the same craft beers you could buy off the shelf, with tasty results. “The overarching philosophy behind it is if you have a good product going in, you have a good product going out,” says Clint Potter, cofounder of San Francisco’s Seven Stills Brewery & Distillery.

At Berkshire Mountain Distillers in Massachusetts, founder and distiller Chris Weld finds fodder across the panorama of American craft beer—everything from Samuel Adams Boston Lager to Terrapin Hopsecutioner IPA and even Belgian-style ales. Each whiskey carries the DNA and flavors of the beer it was made from. “It’s for the beer geeks,” Weld says. “They like to see the genetics of the beer come through.” After aging for at least 4 years in oak, Weld’s spirits also showcase rich, complex flavors more familiar to whiskey lovers. “I think the longer they sit, the better they are,” Weld says. Other distillers, like Seven Stills, adjust their aging times based on the style of beer. “There’s a fine line when you start to put those oak flavors on top of those beer flavors,” Potter says. “For something like a stout, that works. But for IPAs, you might not want massive amounts of oak.”

David Kyrejko of Brooklyn-based Arcane Distilling ages his beer whiskeys in barrels for seconds, just long enough to be called whiskey. “You can’t really age the beer whiskey without it tasting less good,” argues Kyrejko. For Lone Wolf and The Arcane, he distills beers from coveted New York City craft breweries like Interboro Spirits and Ales and Other Half Brewing Co. through a self-built vacuum-distillation system, more commonly used for making delicate products like perfume than whiskey. The lower operating temperature preserves volatile organic compounds and flavors, ensuring the whiskeys are as vibrant and aromatic as a fresh pint.

The best whiskeys distilled from beer celebrate the kinship of both great grain beverages. “I like to think they don’t exist independently,” Weld says. “They’re a marriage between the two worlds of whiskey and beer.”

The Arcane—ABV and price varies by batch
Distilled from various New York City beers
Distilled from IPAs from Interboro Ales & Spirits and other Brooklyn breweries, each batch of The Arcane is defined by fresh orange peel, coriander, and fresh hop flavors.

Kiuchi no Shizuku—43% ABV, $56
Distilled from Hitachino Nest White Ale
Made Kiuchi Brewery with its own beer, the whisky is barrel-aged with coriander, hops, and orange peel before more beer is added for a second distillation and an additional 6 months of aging. Herbal and genever-like in flavor.