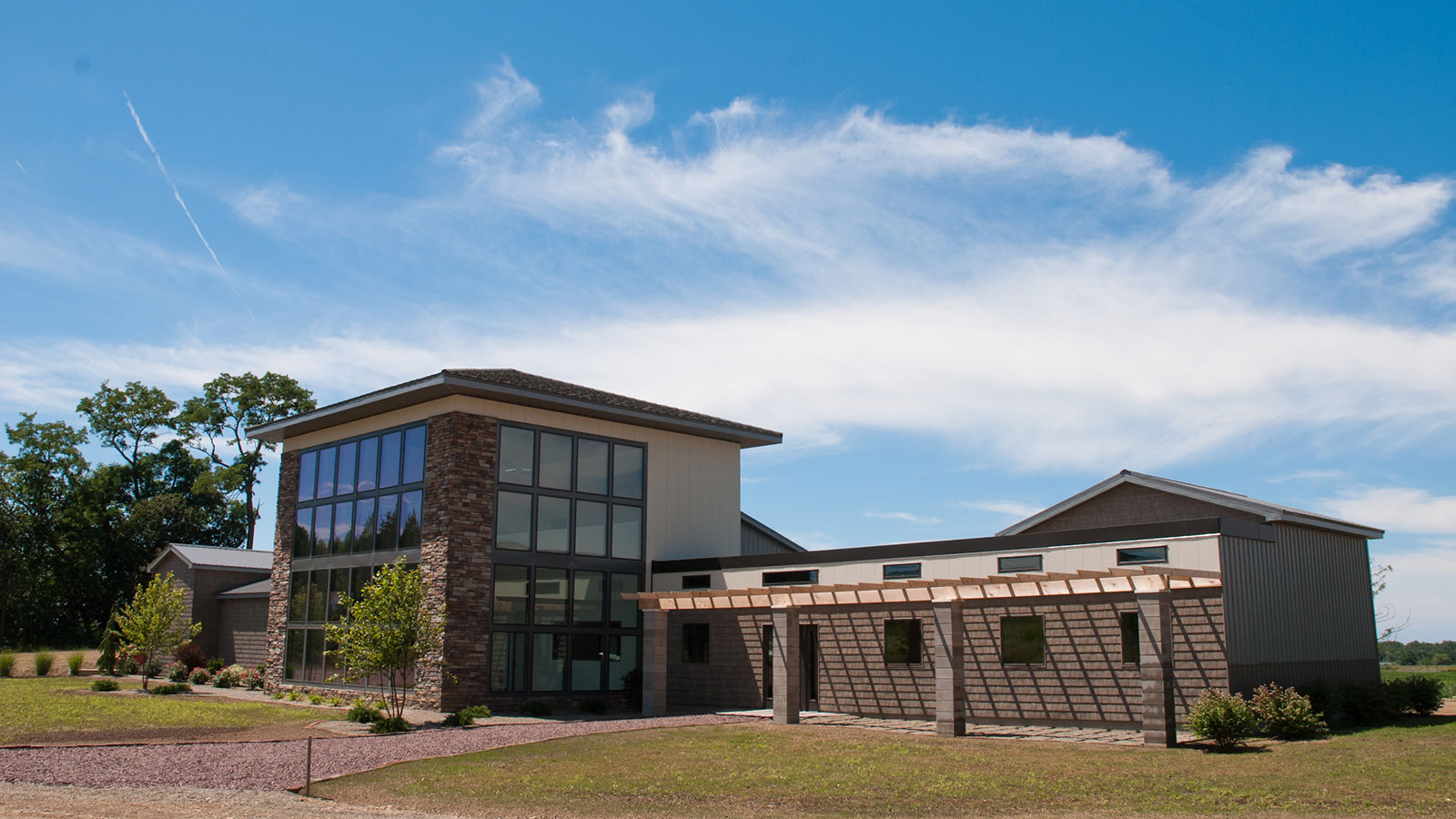 Five & 20 Distillery in upstate New York feeds fish with its spent grain—and then serves those fish in its restaurant.

In Scotland, whisky may be a classic partner for shellfish and smoked seafood, but at Five & 20 Spirits and Brewing in Westfield, New York, the piscatorial pursuits are less about taste and more about finding sustainable synergies.

In a partnership with TimberFish Technologies, wastewater from the distillery, containing grain hulls and other byproducts, is transformed into feed for fish, farmed at the distillery grounds. Prior to feeding hungry fish, Five & 20 used distilling and brewing byproducts to fertilize their farmland in the summer and paid to haul the waste to a municipal treatment facility the rest of the year. By eliminating the need to haul waste, the distillery saves money, lowers their wastewater pollution, and even reduces greenhouse gases, according to general manager Mario Mazza.

Made possible through a $100,000 grant from Empire State Development and a $10,000 grant from Directed Energy, the distillery-fed aquatic ecosystem is expected to produce 20,000 pounds of fish per year. Five & 20 intends to sell their fish to local restaurants and grocers, and starting this year, all fish on the menu at their restaurant, Bird, including char, trout, or perch, will be raised on-site. The farm-raised fish will have a fresh, natural taste and be free of heavy metals. Ready to pair a whiskey?

“As a distillery, you create a lot of waste product that can be costly to handle. This is a way to be more sustainable, both environmentally and economically,” Mazza says. “It’s not the end-all be-all, but it’s one solution to help feed the growing world population.”