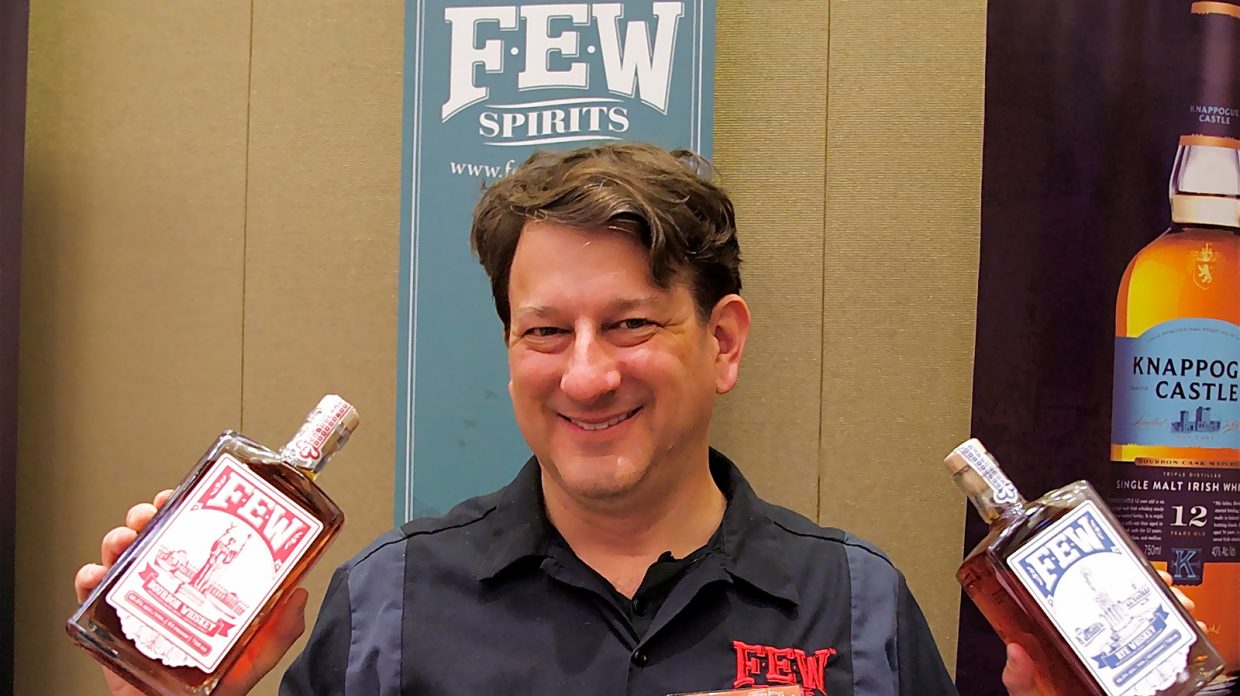 FEW Spirits will be showcasing their craft rye and bourbon at this month's WhiskyFest New York.

WhiskyFest is celebrating its 20th anniversary in New York on November 16th, and, with over 110 tables pouring nearly 500 different whiskies, it’s going to be quite the celebration. As always, Scotch and bourbon lovers will find plenty to enjoy. Plus, craft distillers from around the United States will be sharing their unique and exciting whiskeys at WhiskyFest. Craft whiskey is incredibly diverse and constantly changing, and even longtime fans will find new drams to try. Don’t worry if you aren’t sure where to start—this guide offers tips for making the most of all of WhiskyFest’s craft whiskeys. (You can also check out the full list of all whiskies being poured at WhiskyFest New York—and don’t forget to download the app.)

Fun fact: WhiskyFest is older than all but one of the distilleries on this list!

The Hometown Heroes: Hillrock, Hudson, Coppersea, and Widow Jane
New York State is home to one of the most vibrant craft distilling scenes in the nation, and that’s well reflected by the four New York distilleries that will be pouring at WhiskyFest. Stop by the Hudson booth to try the unique Maple Cask Rye, then move farther up the Hudson River for a dram of Hillrock Estate’s Single Malt. Or check out the results of Coppersea Distilling’s meticulous production process, which includes in-house floor malting, with the unusual Big Angus Green Malt or Bonticou Crag Straight Rye Malt, one of the first examples of a new kind of whiskey called Empire Rye. And if you want to stay really close to home, try Brooklyn-based Widow Jane’s Oak & Apple Wood Aged Whiskey, which is sourced rye aged in used bourbon barrels with new oak and apple wood staves added.

The Pioneers: Balcones and Stranahan’s
Colorado-based Stranahan’s and Texas-based Balcones were the first distilleries to make whiskey legally in their states since Prohibition. Compare Balcones “1” Texas Single Malt with Stranahan’s Diamond Peak Single Malt to see the breadth of what American single malt can offer. Smoke lovers should seek out Balcones Brimstone, a whiskey smoked using Texas scrub oak. And VIPs can try the nearly unattainable Stranahan’s Snowflake—a whiskey released just one day a year, and only at the distillery.

The Blenders: WhistlePig and High West
Some craft distillers have made a name for themselves by buying aged whiskey from somewhere else—usually Kentucky, Tennessee, or Indiana—and blending or finishing it to make the whiskey their own. The result is greater than the sum of the individual parts. The smoldering High West Campfire—a blend of bourbon, rye, and peated blended malt scotch—is a perfect example. And don’t miss out on WhistlePig FarmStock 001, a blend of sourced rye and the first whiskey from the WhistlePig distillery itself. VIPs should stop by early for a chance to try the acclaimed Boss Hog IV: The Black Prince, a blend of Canadian and American rye whiskies that was finished in Armagnac casks. It won’t last long.

The Bourbon and Rye Guys: FEW, A. Smith Bowman, Sagamore Spirit, Limestone Branch and Peerless
Bourbon can be made anywhere in the United States, and craft distillers are taking that as an opportunity. FEW Spirits makes bourbon, rye, and single malt in Illinois, and all of them taste distinctly different than their counterparts from Kentucky or Scotland. FEW Rye is especially worth seeking out. A. Smith Bowman has been making whiskey in Virginia for decades, but it has blossomed into a true craft distillery under the stewardship of its parent company, Sazerac. Give the Isaac Bowman Port Finished Bourbon a try. Move up to Maryland to try Sagamore Spirit Straight Rye Cask Strength from the new Sagamore Spirit Distillery in Baltimore. It was made to spec in Indiana using two unique rye mashbills. And of course, Kentucky has craft whiskey too. Limestone Branch will be pouring its latest Yellowstone Limited Edition Kentucky Straight Bourbon, a blend of sourced 7- and 12-year-old straight bourbons and the distillery’s own 4-year-old straight bourbon. And rising star Kentucky Peerless Distilling Company, which makes bourbon and rye using a sweet mash process, will also be on hand to pour its Kentucky Straight Rye. It’s the company’s first release, and it scored a 91 in the Buying Guide—the highest score given to a craft whiskey in 2017.

If you haven’t gotten your tickets for WhiskyFest New York on November 16, there’s still time. And if you can’t make it this time, tickets for the 2018 WhiskyFest events in Chicago, Washington, D.C., San Francisco, and New York go on sale on November 9.