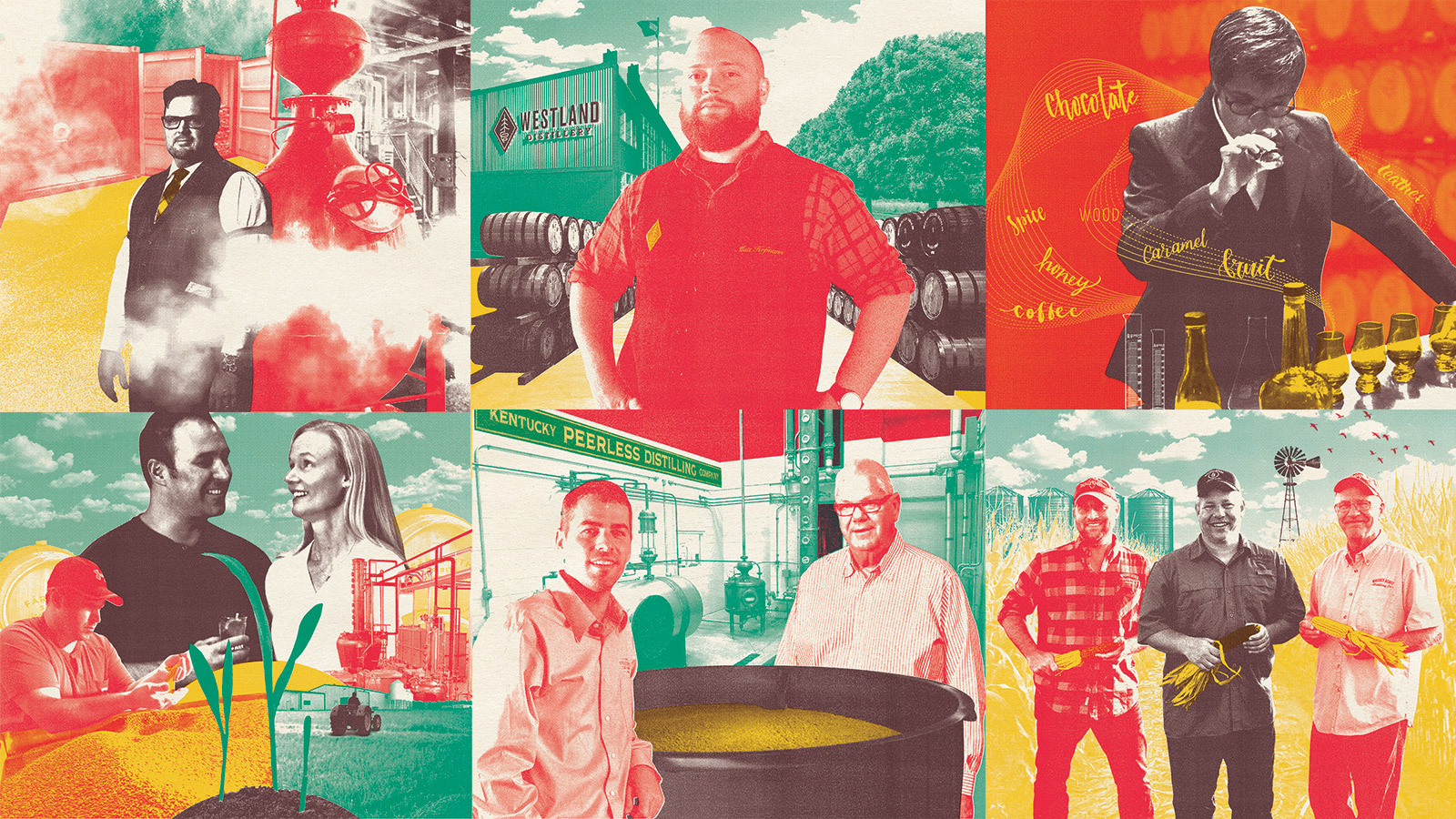 Through inventive use of ingredients and processes, these whisky makers are expanding what means to produce craft. (Photo by Miles Donovan)

All around the country, upstart distillers big and small are finding new ways to create great whiskey, even when time, scale, and tradition are all arrayed against them. Whether working in the forest, the field, or the laboratory, they’re breaking old rules, reviving even older traditions, and applying techniques that have never been attempted before. Not every experiment succeeds, but those that do offer us a glimpse of the future of whiskey. These visionaries may have different ideas about where whiskey is headed, but they share a will to venture wherever their passion leads. Here’s a look at a few of the leaders transforming American whiskey. 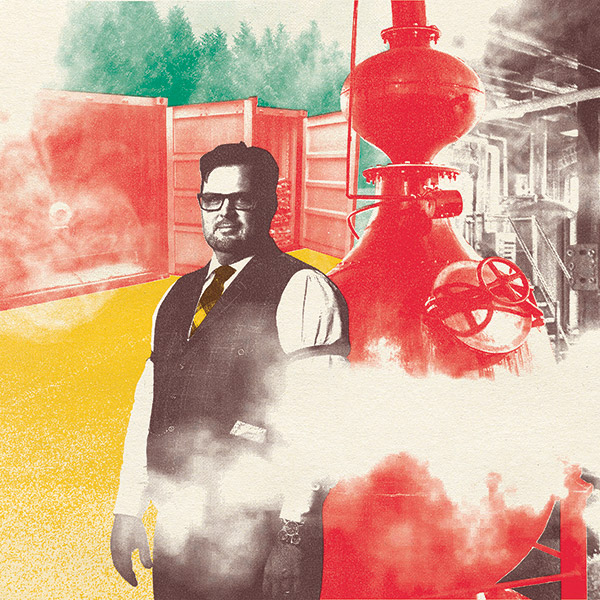 Darek Bell fell in love with smoked whisky while studying on Islay at Bruichladdich’s Distillery Academy, but the only peat he could find stateside tasted of oily, tar-like creosote. “My uncle is into barbecue and told me to start smoking with what we have available here in the South—hardwoods like oak and hickory and fruitwoods like apple and pear or cherry,” Bell says. “Finally, I stepped back and asked myself, if you could smoke anything you wanted, what would make for the best smoked whiskey?” Bell built Nashville-based Corsair Distillery’s malt house and smoking facility so he could find out.

His smoking process has evolved over time. Initially, Bell created a “wood mashbill” using several different types of wood at once. But he discovered that smoking each batch with just one kind of wood and blending several batches together allowed for more pronounced flavors. “Different woods will hit either at the nose, the body, or the finish. I need to blend multiple smoke types to make a more complete whiskey.” Bell says. The Corsair founder has documented 80 of his experiments—both successes and failures—in Fire Water: Experimental Smoked Whiskeys, a guidebook for other aspiring smokers. 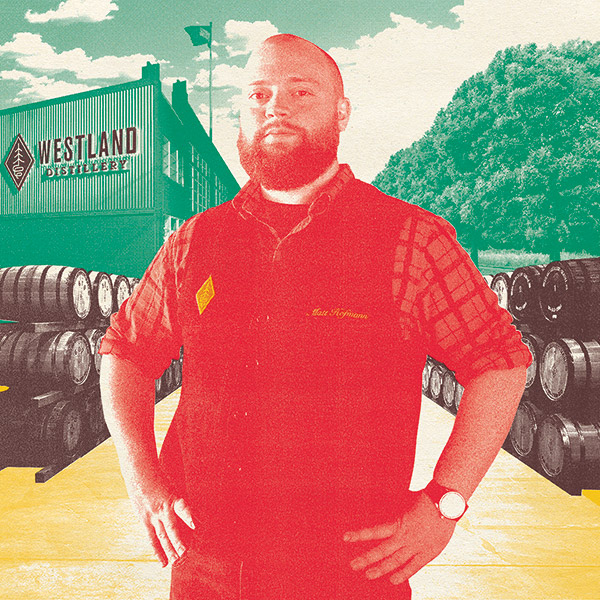 Matt Hofmann, co-founder of Seattle-based Westland Distillery, is single-minded in seeking out the highest-quality raw materials he can find, including wood—not just barrels, but the actual oak itself. “In the whiskey industry, there hasn’t really been any focus on quality of wood,” Hofmann says, noting that two new barrels filled with the same liquid can create very different whiskeys, depending on the quality and nature of the oak.

Hofmann has homed in on slow-growth oak, which is more porous and allows more oxygen to interact with the whiskey. Westland also takes a cue from the wine industry by having all its wood air-dried for an unusually long time—18 to 24 months—before it’s made into barrels. The natural aging method slowly breaks down resinous, bitter compounds that can remain in kiln-dried wood. The difference, Hofmann says, “is just night and day.” The distiller also ages some whiskey in barrels made from the native Pacific Northwest oak species Quercus garryana. To Hofmann, constant experimentation is a natural part of making whiskey. “The spirit of exploration and looking to build something new is part of the cultural fabric both in America in general, but especially in the Pacific Northwest. We can’t help ourselves; it’s who we are.” 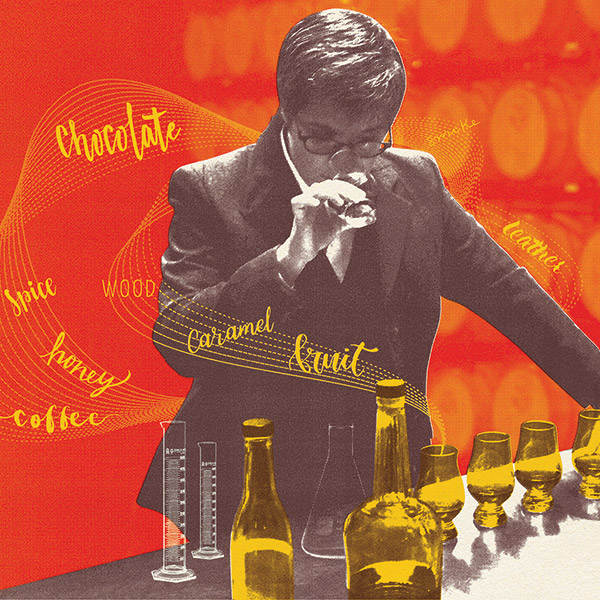 Nancy Fraley doesn’t have her own distillery, but as a master blending consultant, she doesn’t really need one. Fraley works closely with numerous craft distillers, advising on barrel types and aging time, selecting the best mature barrels, and blending the contents in innovative ways. “Even though I don’t have a distillery of my own, at a number of distilleries I really am their master blender,” says Fraley.

Fraley’s blending skill marries the old and the new. She can taste Texas-based Ironroot Republic’s purple corn whiskey and determine—with some experimentation—that it stands up well to European oak. She created the perfect blend of ages and finishing casks (Armagnac, sherry, and Cognac) to transform aged MGP bourbon into Jos. A Magnus’ Joseph Magnus Cigar Blend, a perfect pairing for a cigar. She used traditional French blending techniques—like bringing whiskey down to proof with a barrel-aged, low-proof mixture of water and whiskey—to create J. Henry & Sons’ Cognac-finished Bellefontaine Reserve. She conducts workshops to help distillers become better blenders, and her birds-eye view of craft distilleries shows a bright future ahead. “It’s a very exciting time in craft distilling. People really care about what they’re doing, and want to do things right.” 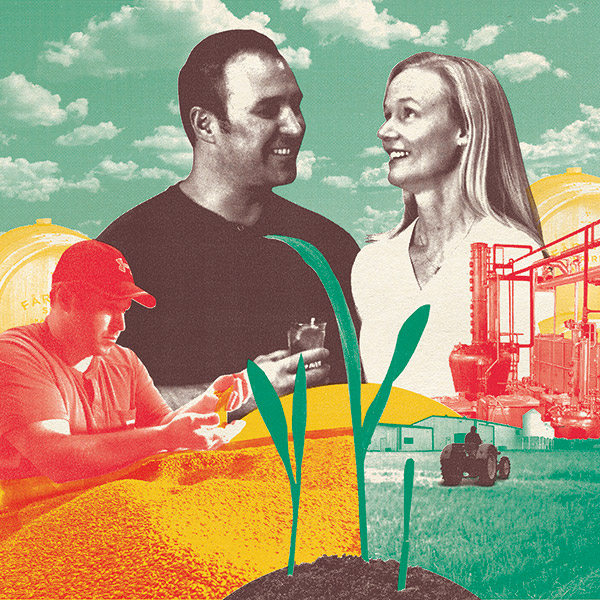 When Mike Swanson and Cheri Reese built Far North Spirits in northern Minnesota, the husband-and-wife team made a long-term commitment to building a sustainable future by bettering their community and the world beyond. For starters, they dramatically reduced their carbon footprint and energy costs by sourcing 90 percent of their grain, everything except malted barley, from their own farm. They buy barrels from a Minnesota cooperage and malt grains at a Minnesota maltster. Far North harnesses the heat from production to warm the distillery in winter and composts and recycles its materials so effectively that it doesn’t need a dumpster. “If your sustainability initiatives have been thought through, they shouldn’t be expenditures—they should be money savers,” Swanson says.

Far North also serves the land and the local community by minimizing the use of herbicides, practicing crop rotation, and employing local farmers during their idle winter months. For Far North, sustainability is all-encompassing. “It’s really a paradigm shift,” Swanson says. “You’re looking to make your presence in the world a beneficial thing.” 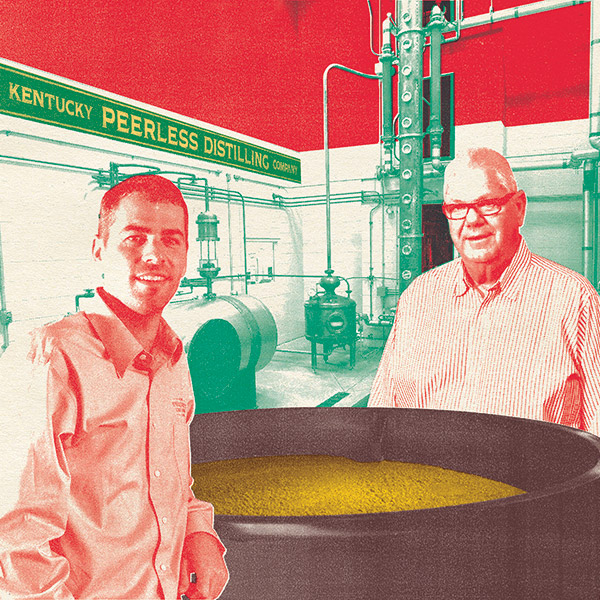 When Corky Taylor and his son Carson revived Louisville-based Kentucky Peerless, they didn’t want to make whiskey the way their ancestor Henry Kraver did in 1889. They wanted to create the best whiskey they could by embracing modern technology. “If somebody walked through the door at 11:00 and said, ‘Corky, you’d have to do this one thing to make your whiskey better,’ I guarantee you we’d be doing it by lunch,” says Corky.

Instead of using the common sour mash process to maintain consistency and hinder bacterial growth, Peerless uses a sweet mash process: rather than adding material from a previous batch to kickstart fermentation, the distillery starts each batch fresh, allowing for a clean and flavorful distiller’s beer. This method only works because Peerless maintains an immaculately clean facility. “My distillery looks old and feels old,” Corky says. “But I want it battleship clean.” Grain reaches Peerless only just as it’s needed, yeast arrives in single-use vacuum-sealed bags, and the distillery’s pipes are sterilized between each mash. The pristine environment allows Peerless to ferment at low temperatures, distill to a low proof, and use a low barrel-entry proof, adding up to amplified flavor. 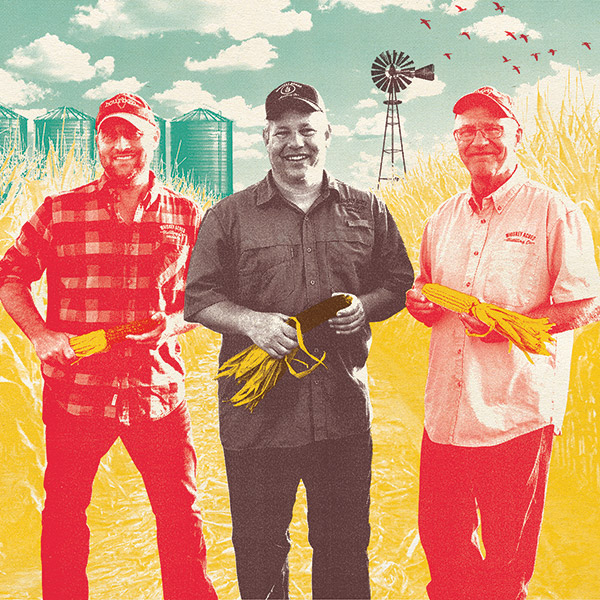 Jim Walter, an award-winning master farmer, has grown corn on his family farm in DeKalb, Illinois all his life. With the worldwide grain market in flux, Jim and his son Jamie decided to diversify the business and, along with fellow multi-generation farmer Nick Nagele, opened Whiskey Acres to turn some of the 2,000-acre farm’s grain into whiskey. “If we don’t grow it, we don’t make it,” Jamie Walter says. “To be able to take a portion of that grain… [and] turn it into a product with our own two hands, and have consumers excited to be able to taste it… that’s something that we’ve never had.”

Whiskey Acres has a straightforward ethos. “Not all corn is created equal,” says Jamie. “We all accept that a pinot noir is going to make a different flavor of wine than a cabernet sauvignon. Much like grapes, there are varietal differences [in corn].” Every year, the distillery plants at least sixteen varieties of ‘whiskey corn.’ Only the most promising become whiskey. Single-varietal heirloom-corn bourbons—like Oaxacan green corn, blue popcorn, and sweet corn—portend a future where whiskey lovers care as much about corn as wine drinkers do about grapes.