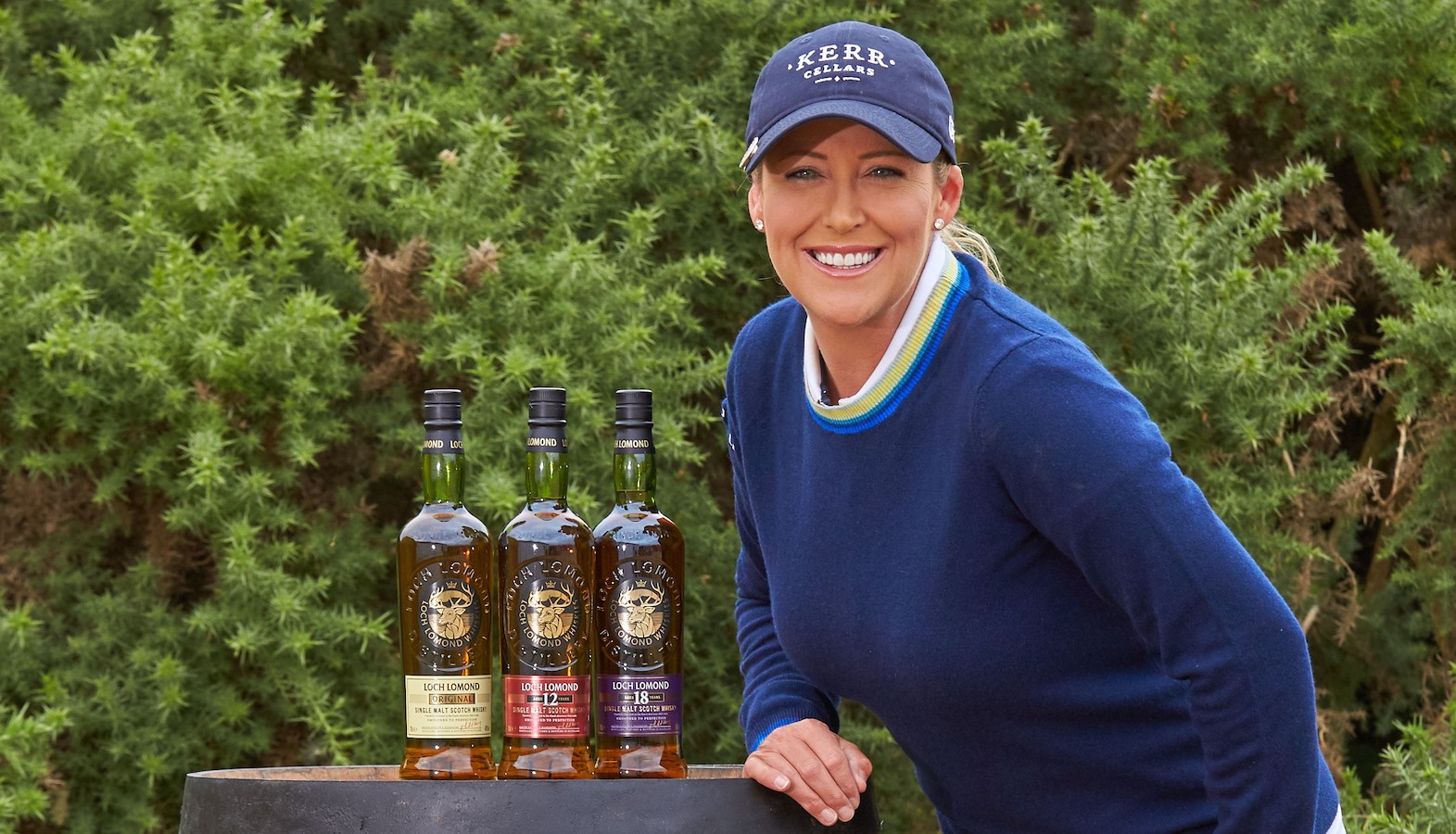 Golf champion Cristie Kerr has partnered with Loch Lomond Distillery to release a whisky finished in pinot noir barrels from her California winery, and is also serving as an ambassador for the scotch brand.

Make room on the fairway: There’s a new scotch coming, courtesy of pro golfer Cristie Kerr and Loch Lomond Distillery. The 48.1% ABV whisky was distilled in 2002 and matured in ex-bourbon casks at Loch Lomond, then was finished for 10 months in casks from Kerr’s St. Helena, California winery, Kerr Cellars. The finishing casks, made of French oak from the Vosges, originally held Kerr’s 2016 Sonoma Coast pinot noir, a wine that scored 94 points in Wine Spectator. Along with the whisky’s release, Loch Lomond has announced that Kerr is its newest brand ambassador. 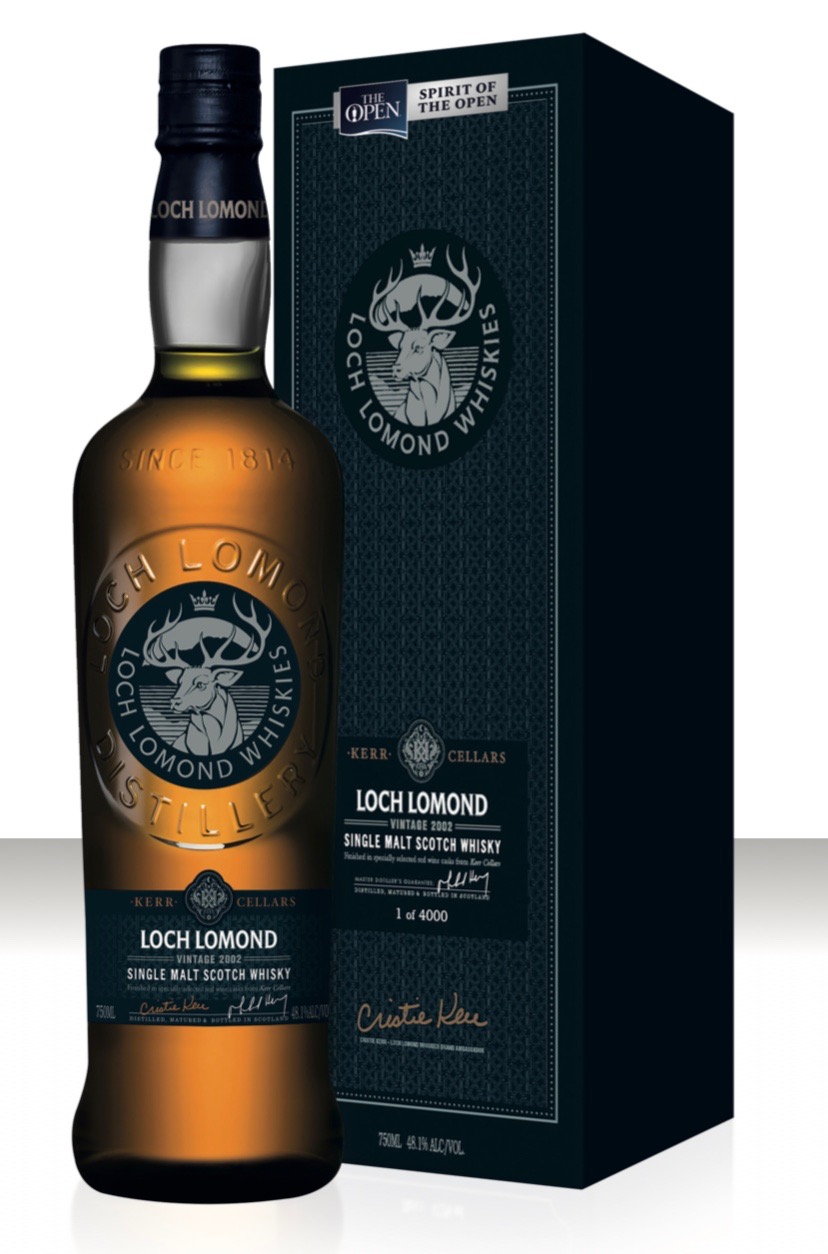 Kerr has been playing golf professionally for over 20 years, winning the U.S. Women’s Open in 2007 and LPGA Championship in 2010, and ranking as the top-earning American female golfer of all time. She has long had an interest in wine—she founded the Curvature wine brand in 2006 and launched Kerr Cellars in 2013—and recently began getting into spirits as she studies to become a sommelier. The partnership with Loch Lomond happened by chance in 2017, when Kerr was in Scotland for the Ladies Scottish Open and was offered a tour of the distillery that ended up taking her by surprise thanks to its wine connections. “I geeked out when I saw their solera system, and started talking with their [master distiller] about the different yeast they use for fermentation,” she says. “They’re using a lot of wine strains. It was really cool to go through the tour and then, obviously, a tasting of all their scotch.”

At the time, Loch Lomond was in the midst of negotiating a five-year partnership with The Open, including collaborations with professional golfers, and CEO Colin Matthews asked Kerr if she would be interested in participating. “I said, ‘We should send you some of our barrels to age it in,’” Kerr explains. “It was a great synergy—a learning experience that turned into an opportunity.”

Whisky Pairs Naturally with Golf—And Many Other Sports

Bringing together the resources of massive Loch Lomond and boutique Kerr Cellars—a collaboration Kerr describes as “beauty and the beast”—might seem challenging, but she says there was a culture fit that made sense. “We all had the same ideals, so it worked out,” she explains. “And it’s amazing to see the passion that the Scots have for making their product. It’s interesting to try to marry from the wine world into the scotch world and to actually make it work. It’s the same attention to detail in making scotch and making wine. You have to really pay attention—to temperature, what strains of yeast you’re using, or whatever. This is as complex as making wine, if not more.”

Kerr admits that she’s no whisky expert, but loves tasting and learning about it on her travels and when she’s at home in Scottsdale, Arizona. “I like my glass of wine or my spirit in the evening or whatever it is just to wind down like a normal person,” she says. “Wine is my first great love, but love scotch as well.” She’s also been getting into rye and bourbon, including WhistlePig and High West.

There are 4,000 bottles of the whisky available, spread across the U.S., UK, and Asia, and priced at $200 in the U.S. Kerr’s signature is placed prominently on the bottle and box—a first for an American golfer—and she has vowed to sign any bottle brought to her by a fan. In addition, she says there will likely be more whisky coming—maybe a different variation for each of the next three years of Loch Lomond’s partnership with The Open. “We’re really excited about partnering with Loch Lomond because they know what they’re doing,” she says. “And Loch Lomond is one of my favorite places on earth—it’s so gorgeous.”