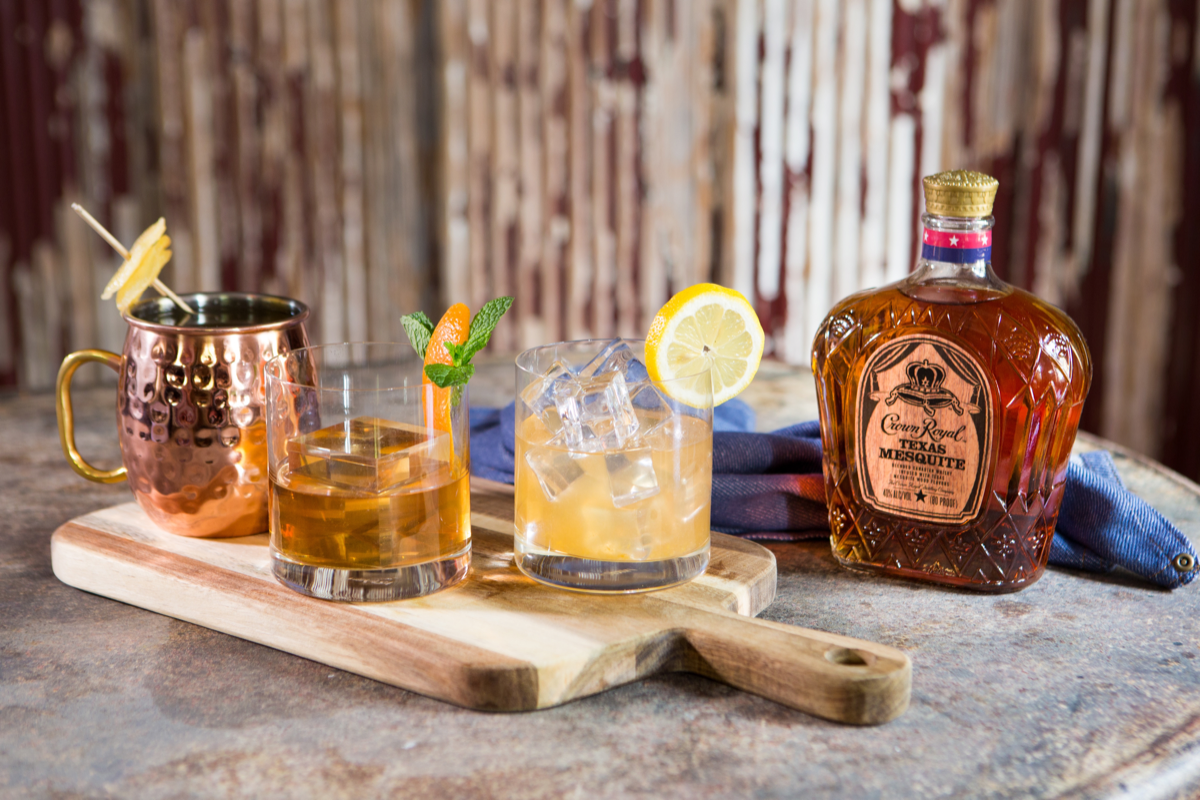 Looking for new whisky to temper the hot summer days, or perhaps to enjoy while grilling out? Look no further. This week brings several new releases that span a wide range of flavor profiles.

First up, Crown Royal is offering a special release that nods to its strong Texas support. Crown Royal Texas Mesquite is infused with mesquite flavors and comes packaged in a spiffy bag sporting the Lone Star State’s flag colors. At $25, it’s available in a handful of states—including, of course, Texas.

Next, Woodford Reserve has unveiled a permanent addition to its core lineup of whiskeys, which includes Bourbon, Double Oaked Bourbon, and Rye. Woodford Reserve Kentucky Straight Malt has a mashbill of 51% malted barley, with the remainder made up of mainly corn and a little rye. Note that this whiskey is not the same as a single malt, which in Scotland and Ireland is defined as being 100% malted barley—though in the U.S., there’s no legal definition as of yet. Woodford’s new straight malt will be widely available nationwide and cost $35.

Fellow Kentucky brand Knob Creek has a limited-edition, barrel-proof version of its rye coming out now. Knob Creek Cask Strength Rye is 9 years old and bottled at 59.3% ABV. It will cost $70 and will be available for a limited time.

A new whiskey billing itself as light and easy-drinking is hitting shelves. Cascade Blonde American Whiskey was made with a high-corn mashbill at an undisclosed distillery, then proofed and double-chill-filtered at the Cascade Hollow Distillery (formerly George Dickel Distillery) in Tennessee. It’s only available in Michigan and Texas for now at a price of $20.

Finally, there’s a new single malt whiskey made in Arizona. SanTan Brewery and Distillery‘s Sacred Stave American Single Malt is aged for 18 months in barrels that formerly held Arizona red wine. The whiskey costs $50 and is for sale only in-state. Read on for full details. 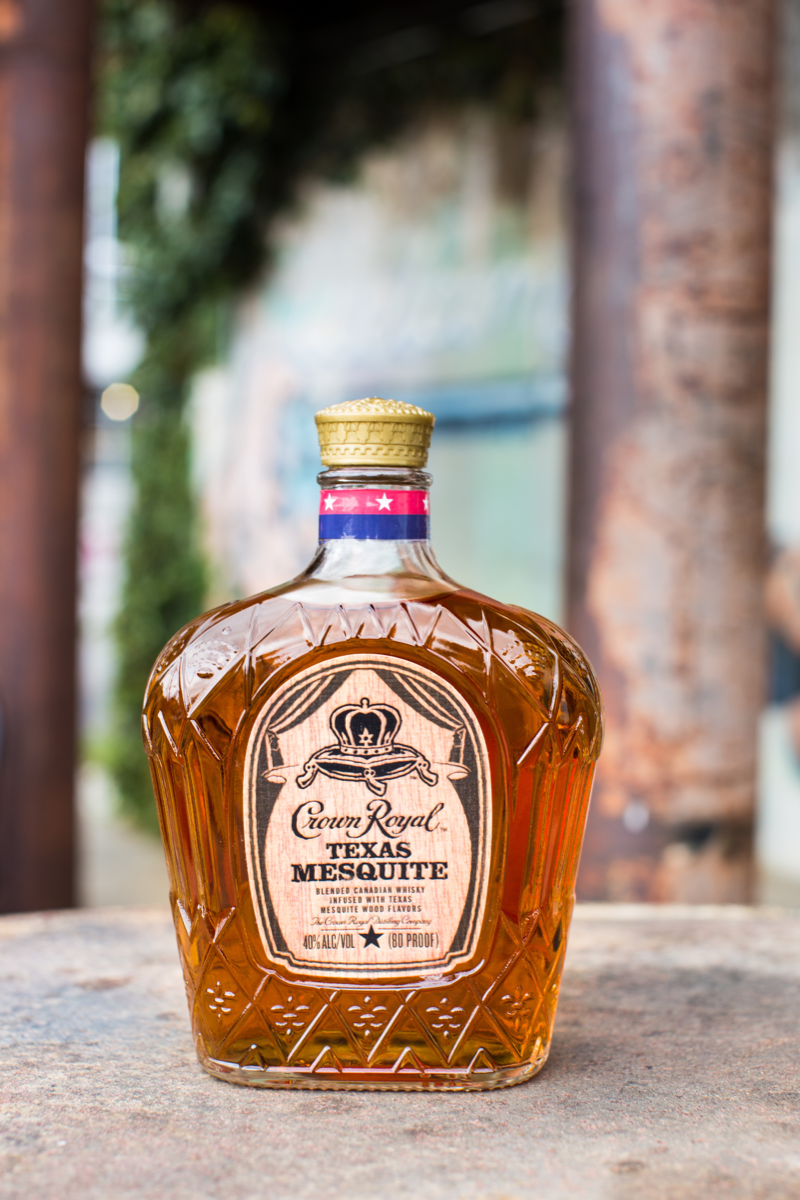 Crown Royal has unveiled a new iteration that’s “infused with Texas mesquite flavors.” The whisky’s signature purple bag has been replaced by a blue, red, and white one, reminiscent of the Texas state flag, and if you buy a bottle in Texas itself, the bag includes the Lone Star.

Believe it or not, Texas is Crown Royal’s biggest market; the whisky was apparently very popular among Canadians working in the Texan oil industry in the mid-20th century. Even today, Crown Royal is the top-selling whisky in the state. So even though there’s another mesquite-y whiskey recently released on the market, don’t call this one a copycat. 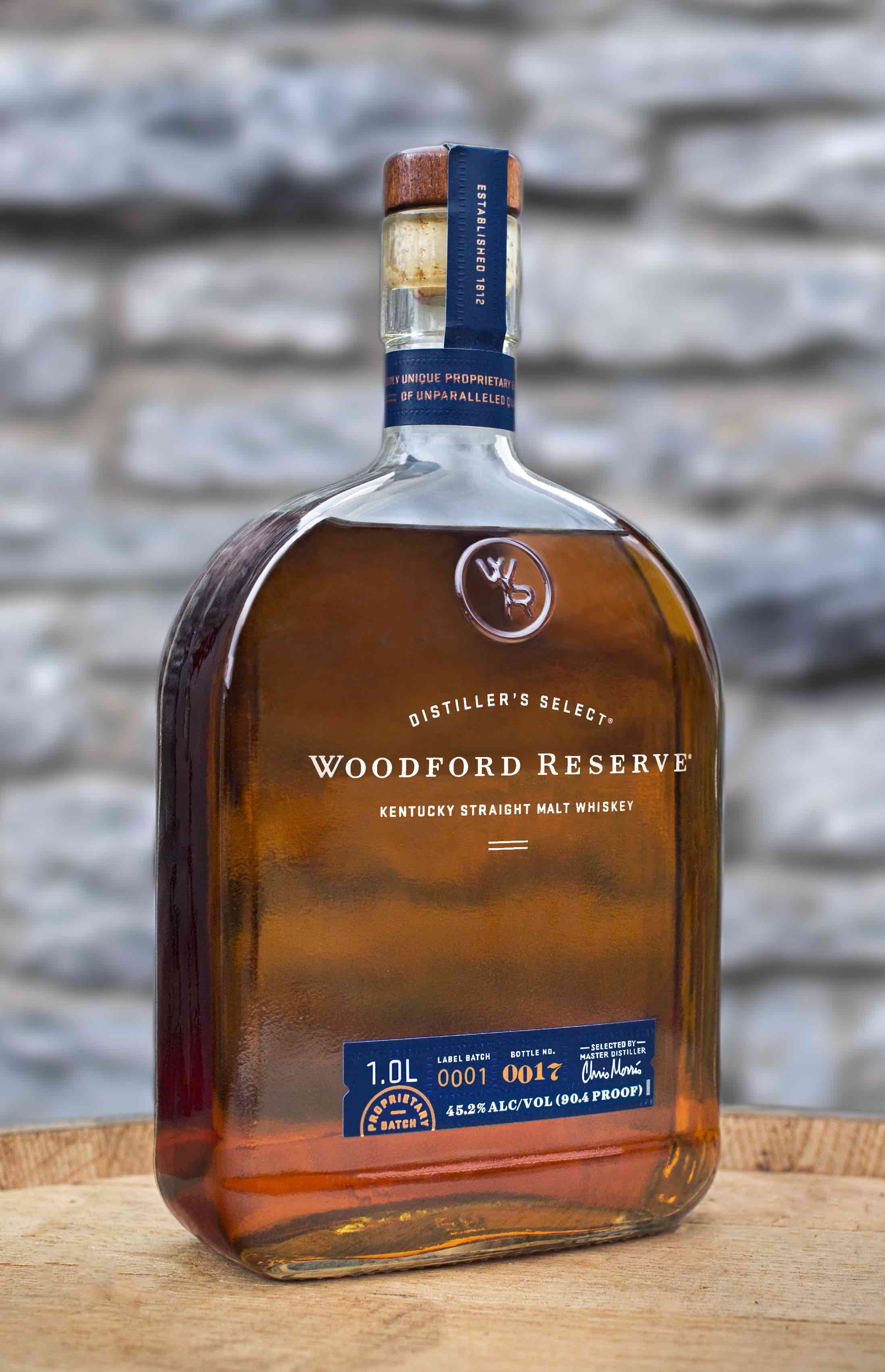 Woodford Reserve is adding a fourth whiskey to its core lineup, joining Bourbon, Double Oaked Bourbon, and Rye. Kentucky Straight Malt was made with 51% malt, 47% corn, and 2% rye, and aged for at least 4 years in new charred oak barrels. It will be widely available. 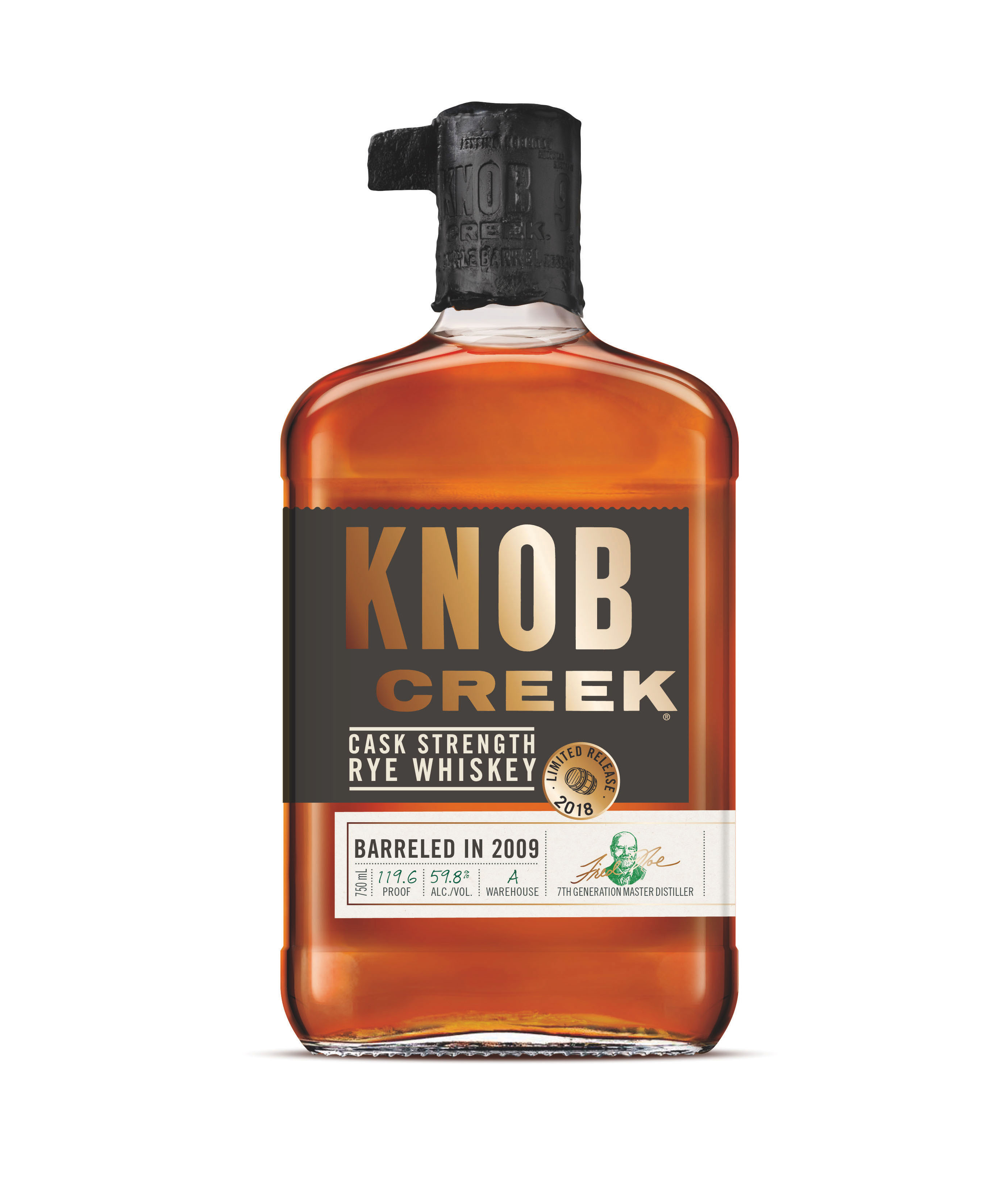 Knob Creek has a new, barrel-proof version of its rye hitting shelves now. Aged for nine years in Beam’s Warehouse A, Cask Strength Rye is bottled at 119.6 proof and is un-filtered.

We love barrel-proof whiskey around here—it’s easy to add water to your own personal taste, and thus can be an excellent bargain. In fact, we can recommend the best barrel-proof bourbons under $75. Maybe it’s time to come up with a list of top barrel-proof ryes as well… 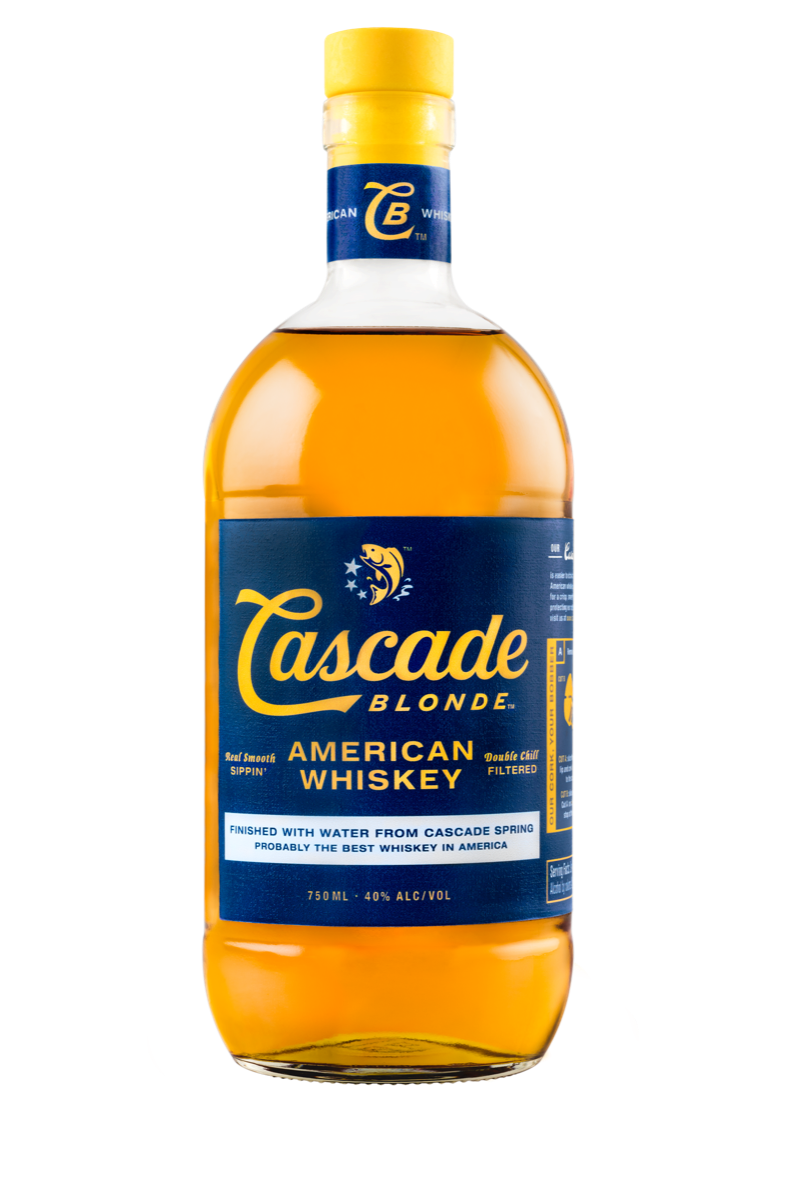 This new “blonde” whiskey is made with a high-corn mashbill and chill-filtered twice. The idea is to create a lighter whiskey that’s more suitable for day-drinking, especially while doing summer activities like fishing. (The label includes instructions on how to turn the bottle’s cork into a bobber.) This summer, Cascade Blonde is partnering with the nonprofit group American Rivers, hosting river and lake cleanup events in Michigan and Texas.

Cascade Blonde isn’t made at the Cascade Hollow (formerly George Dickel) Distillery, although it is watered to proof (using water from the Cascade Spring) and double-chill-filtered there before being bottled in Rochester, NY. For many types of American whiskey, like bourbon, rye, and any straight whiskey, the state of distillation is required to be disclosed on the label, but that doesn’t apply in this case. Any guesses on the distillery of origin? Let us know in the comments. 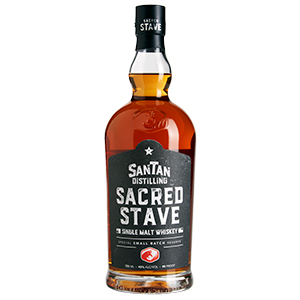 Arizona’s SanTan Brewery has added a distilling arm, and among its first releases is this single malt whiskey. It’s made with U.S.-sourced malted barley and aged for 18 months in American and French oak barrels that formerly held Arizona wine.

The American Southwest has quietly been cultivating a crop of whiskey distillers for several years now: Santa Fe Spirits in New Mexico, which makes Colkegan single malt, and Arizona’s Hamilton Distillers, makers of Del Bac single malt, are two of the region’s leaders. The arid desert climate makes for an unusual aging environment, and these whiskeys are well worth checking out if you want to taste the difference that regionality can make on flavor.

I guarantee you have never tasted a whiskey like this. Knocks your socks off. It is completely original. Vanilla cherry and woodsy with a huge kick !!!!

11/2 years ago I visited Lynchburg TN. and was wooed by Tennessee Whiskey. Charcoal mellowed, barrel aged corn mash whiskey. If this isn’t a highbred clone ( from Tennessee) I’ll eat your hat.