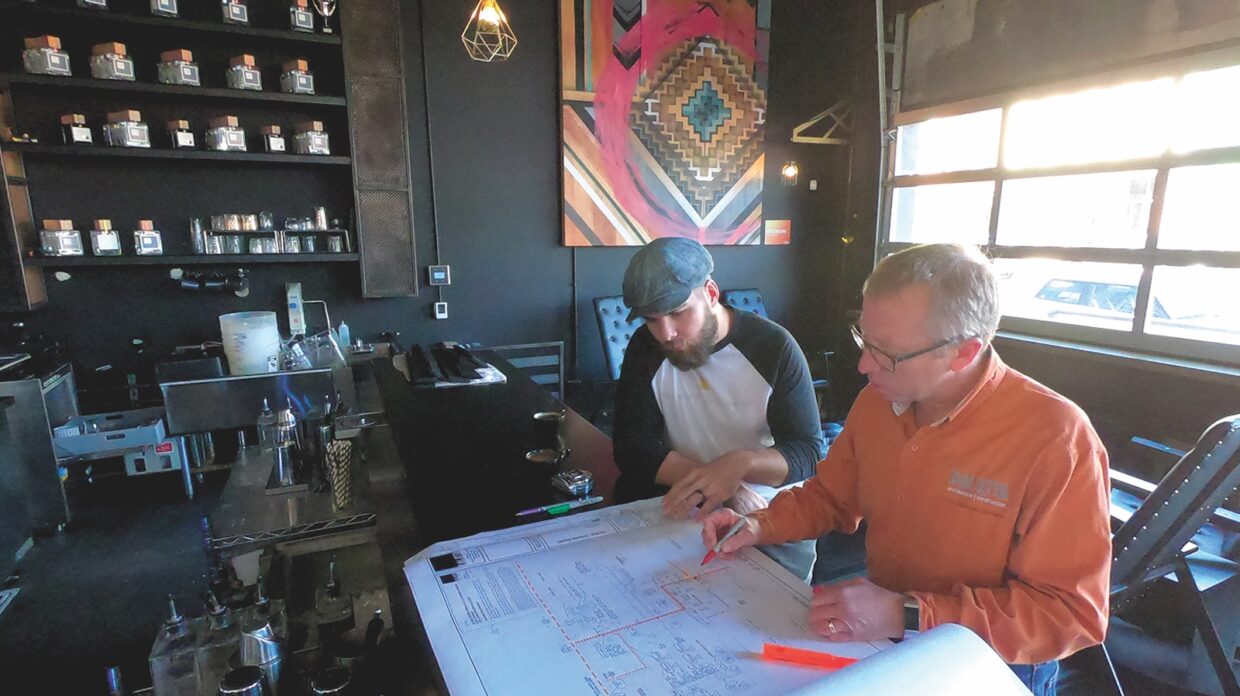 Few commercial architects are up for the challenge of taking a restaurant or other modestly sized space in a populated area and sticking a flammable-liquid factory inside. “That’s in a nutshell what a distillery is,” says Scott Moore, co-owner of Dalkita Architecture and Construction. Since they often exist in city centers, or are retrofitted into old buildings, craft distilleries present a unique set of challenges. Moore has designed several distilleries in spaces that are no larger than a New York City apartment, just 300 to 500 square feet. “Microdistilleries become more complicated than, say, Beam [Distillery],” he says.

Seven years ago, when Moore was designing commercial properties in Colorado, the last thing he imagined himself doing was meeting with fire marshals and city counselors throughout the U.S. for the singular purpose of helping people make small-batch spirits. Today, Scott and his wife, Colleen, Dalkita’s director of marketing and operations, regularly converse about flammable liquid codes, compliance regulations, fire ratings, and zoning laws. In 2009 they tackled one of the larger projects for Stranahan’s, founded in 2004 and one of the first craft distillers in the U.S., to convert a Denver brewery into its current distillery. Over the years the Moores have worked on other projects for the distillery, including designing 12,000 square feet of new building space, barrel warehouses, bottling areas, and a visitor center. They continue to work with Stranahan’s on smaller projects, like making improvements to brewing spaces, bottling halls, and barrel storage.

Carving their niche in that rarified realm of distillery design evolved from Dalkita’s focus on designing distilleries. As Colleen and Scott worked with more and more new distillers, it became clear that few were fluent in the regulatory lingo and requirements they faced—but neither were the regulators. To address this, the couple started meeting with civic leaders to establish proper zoning practices and fire codes. “The biggest challenge is helping not only distillers, but also those regulating them,” Scott says. “Distilleries suffer from over-regulation. Many rules designate what they make as something that’s not alcohol.” At sea level, a solution of alcohol that’s above 20% alcohol by volume is considered a flammable liquid, regulated similarly to petroleum, according to Scott.

Delicately balancing art and mathematics, Colleen and Scott agree that the most exciting part of their job is problem solving as they try to create facilities that not only adhere to the regulations, but are also functional and beautiful places to create new whiskey.