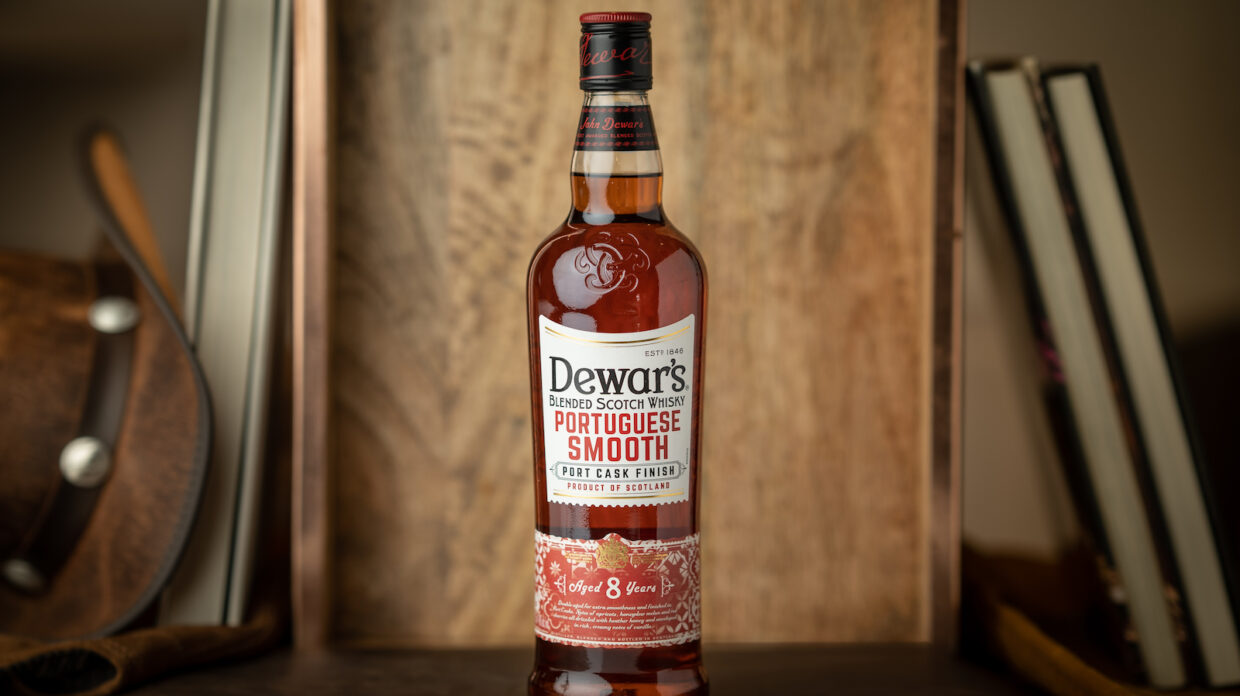 For the last couple of years, Dewar’s has been making strides in cask finishing, spurred on by changes to the Scotch Whisky Technical file in 2019 that allow for a host of new cask types—such as  mezcal, the finish for Dewar’s 8 year old Ilegal Smooth. The brand’s newest expression, however, turns to a traditional finish—though one that hasn’t been often used for blends: port.

Dewar’s 8 year old Portuguese Smooth has been finished in ruby port casks for four months. Single malt scotch makers have employed port casks for years, prizing them for the fruity, intense flavors they impart—think Balvenie 21 year old Portwood, Dalmore Port Wood Reserve, and Glenmorangie 14 year old Quinta Ruban, No. 9 in the 2019 Top 20. But for blends, the fortified wine casks are largely new terrain. So when Dewar’s master blender Stephanie Macleod was given the opportunity to use port casks for a new expression, she jumped at the chance.

“We sourced some beautiful ruby port casks, which arrived just prior to lockdown in February, and got them nosed and filled,” Macleod says, adding that port casks always must be closely vetted to control quality. “You’ve got to be careful with them because you can get off notes—each and every one must be assessed. It takes only one bad cask to disrupt the dry-sweet balance of the blend, so it’s very unforgiving. It’s one of the things that makes port cask finishing tricky.”

Similar vigilance is required in the actual finishing process, to strike a proper balance between the port influence and the whisky—and to keep the port notes from dominating; hence, the relatively short 4-month finishing period. “As soon as the whisky hits the port cask, it begins drawing everything out, just lapping it up,” Macleod notes. “So there’s always a fine line we’re dancing across when we’re finishing, especially with stronger flavors like port.” 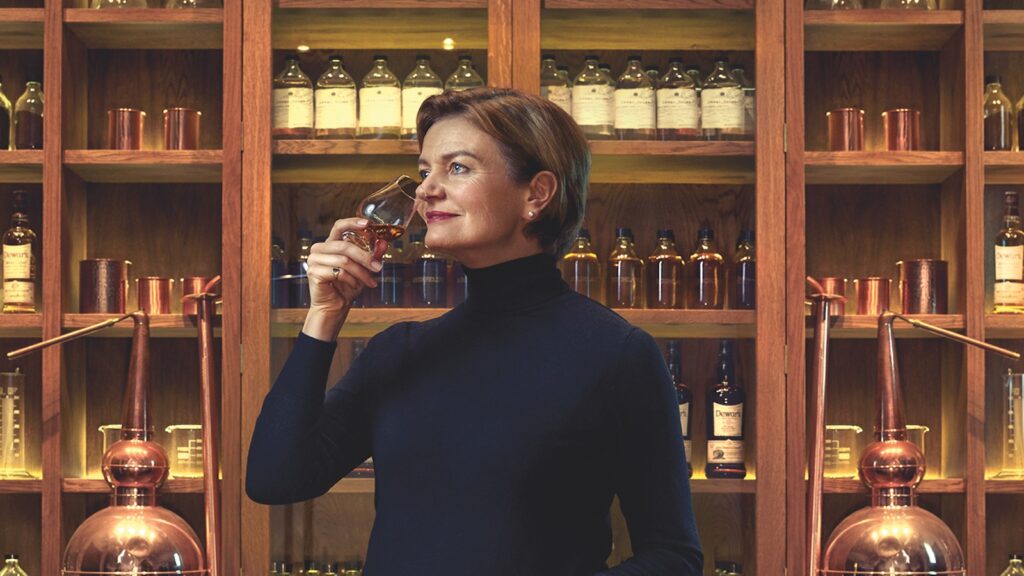 The ruby port cask influence is instantly discernible in the color of Dewar’s Portuguese Smooth, which has a hue that’s notably darker than standard Dewar’s blends, even to the casual observer. “After the first month of port finishing, it’s quite a shock, when [the whisky] takes on a vivid pink color—but then it stabilizes, going to orange and eventually to a more normal [whisky] color,” says Macleod. “There’s a similar trajectory with red wine cask finishing.” That dark color foreshadows a palate loaded with notes of ripe berries, nuttiness, and stone fruits that meld with Dewar’s standard honeyed and floral notes.

Although Macleod has experimented with port casks in the past, the results weren’t always right for a particular expression. “We’ve occasionally come across port casks in our inventory,” she says. “Some of them are really good, and some aren’t so good, which probably explains why they’ve been left untouched.”

The Dewar’s Smooth cask-finished series was conceived as a range of limited releases, but the success of Dewar’s Caribbean Smooth—which scored 90 points in the Whisky Advocate Buying Guide—has prompted the brand to bring it back, this time as a permanent part of the lineup. More releases in the cask-finished series can be expected—probably sooner rather than later, as Macleod explores such new possibilities as madeira, mizunara oak, and others. “We’ve got a packed innovation pipeline,” she says. “We’re very busy exploring new ideas, exploring different cask types, and all the things we can do with them. We’re expanding the team here as well, to make things happen even more quickly.”

Want to learn more about Dewar’s Portuguese Smooth and the brand’s other blends? Follow Whisky Advocate on Instagram and join us for a live #TasteWithSpace interview with Macleod on Friday, Feb. 5 at 3 p.m. Eastern.