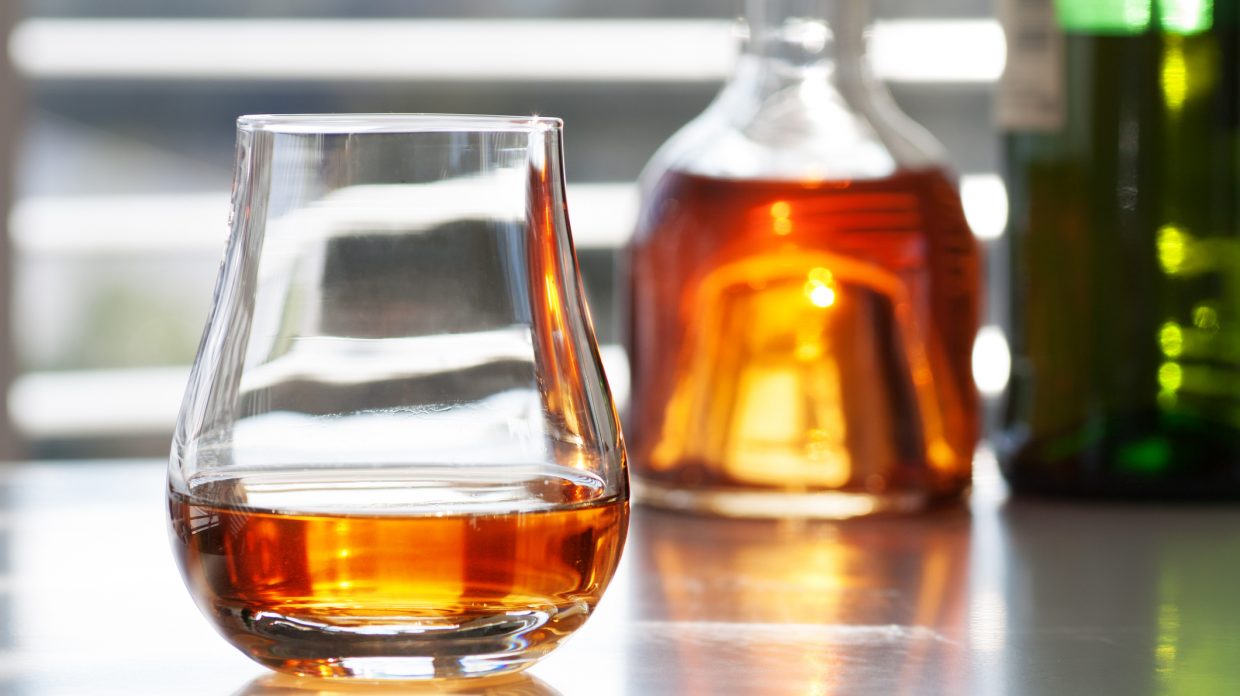 Diageo is reportedly exploring ways to innovate that may violate Scotch whisky regulations. (Photo by iStock/Muenz)

Diageo, which owns about a quarter of Scotland’s single malt distilleries, is reportedly planning new products and processes that could fundamentally change the nature of scotch. According to a story in the Wall Street Journal (paywall), the company formed a “secret task force” last year to determine how Scotch whisky is “constrained” in regulatory, legal, technical, and other ways, and to explore the “scope for reform.” That means Diageo is hoping to use its clout to force changes or adaptations to the rules set down in the Scotch Whisky Regulations of 2009 and upheld by the Scotch Whisky Association (SWA) trade group.

Two particular ideas are highlighted in the WSJ article. First, Diageo is considering creating “scotch whisky infusions,” low-alcohol and/or flavored alcoholic beverages sold under the same name as existing single malt or blended whisky brands. Secondly, Diageo has sought permission from the SWA to finish some of its single malts in Don Julio tequila barrels, a move that the association did not approve.

There are several reasons why these ideas might not fly. According to the 2009 regulations, Scotch whisky must:

(For more detail on what makes a scotch a scotch, check out Instant Expert.)

A Scotch Infusion Is Not Whisky

“Scotch infusions” as described in the article would fail to meet two criteria for Scotch whisky. First, scotch must be bottled at a minimum of 40% ABV—so anything lower than that would disqualify it as whisky. Secondly, nothing can be added to scotch other than water and caramel coloring.

But there’s another issue at stake here: the use of existing Scotch whisky brand names on non-scotch products. An infusion made with scotch as a base and then bottled under a new name likely would not be an issue, but using the name of an existing single malt or blended scotch brand could lead to confusion among drinkers who think that what they’re buying legally qualifies as whisky. In the U.S., bourbon, straight rye, and other straight whiskeys can’t have anything added either. Yet brands like Jim Beam offer flavored whiskeys under the same brand name as their straight products, using language like “Kentucky Straight Bourbon Whiskey Infused With Natural Flavors” (Jim Beam Red Stag).

That move doesn’t fly in Scotland, where the regulations seem to prohibit producers from using their existing brands on drinks that don’t legally qualify as scotch. Section 6 (2) reads: “A person must not label, package, sell, advertise or promote any drink in any other way that creates a likelihood of confusion on the part of the public as to whether the drink is Scotch Whisky.”

A few years ago, Dewar’s got into hot water over its Highlander Honey, a product that blended Dewar’s White Label blended scotch with honey. The front label read “Dewar’s Blended Scotch Whisky Infused With Natural Flavors,” while the back label said it was a “spirit drink” (its legal classification in the European Union). The product was launched only in the U.S. and adhered to U.S. labeling laws, but still caused a stir with the SWA which at the time stated, “We do have concerns that the labelling and promotion of Dewar’s Highlander Honey could distinguish the product more clearly from Scotch Whisky. Under EU law it has to be sold under the sales description ‘Spirit Drink’ and it would assist if that description was more conspicuous on the labelling to help make it clear it is not Scotch Whisky. Promotion of the product should also not suggest it is Scotch Whisky.”

Why Finishing in Tequila Barrels May Be Problematic

The second issue at stake with Diageo’s plans—whether or not scotch can be finished in Don Julio tequila barrels—is a less clear-cut example of violating the rules. Scotch can be and has been finished in a very wide variety of casks, from sherry, port, madeira, and sauternes to rum, brandy and cognac. Of course, bourbon barrels make up the overwhelming majority of casks used in scotch whisky aging.

Does the problem lie with the fact that tequila is a distinct product of Mexico, and the SWA wants to avoid conflating it with whisky? Tequila has a geographical indication—a protection that guarantees it comes from a certain place and was made in a certain way. But so do many of the other wines and spirits whose casks are used to age and finish scotch. Sherry, for example, has to be made in a specific area in Jerez, Spain, while sauternes must use Sémillon, Sauvignon Blanc, and Muscadelle grapes that are grown, infected with a specific fungus, and then vinted in a certain region in France. So it’s unclear why tequila casks specifically would present a problem. Whisky Advocate requested clarification from the SWA, but they declined to comment.

One clue is that Diageo requested to use Don Julio tequila barrels specifically. Diageo owns Don Julio, and if the company wanted to use the Don Julio brand name on its whisky labels, then it’s no surprise the request was turned down. The SWA is notably more wary of listing a distillery than a wine region on a label, and has an extra tool at its disposal in regulation 9 (4): “Scotch Whisky must not be labelled, packaged, advertised or promoted in any other way that, having regard to the presentation of the product as a whole, creates a likelihood that the public may think that it has been distilled at any distillery or place other than the distillery or place at which it was actually distilled.” Listing an actual tequila distillery on a Scotch whisky label could be seen to violate this rule. Similarly, rarely, if ever, will a blended scotch include the names of its multiple distilleries of origin on the label.

Part of a Pattern

This incident calls to mind another time Diageo tried to skirt the rules. In 2003, the company released Cardhu Pure Malt, which contained some whisky from Cardhu Distillery along with whiskies from other single malt distilleries. It was intended to replace Cardhu Single Malt and came in a nearly identical package. Rival single malt distillers and the SWA denounced the move, noting that labeling a blended malt with the name of an existing single malt distillery and using the term “pure malt” is deceptive and could lead drinkers to believe they were buying a single malt whisky rather than a blend. Diageo later withdrew the product and reverted to selling Cardhu as a single malt. The term “pure malt” on Scotch whisky labels was outlawed by the 2009 regulations.

Both Diageo and the SWA declined to answer questions about the specific instances cited in the Wall Street Journal article, but provided statements which are printed in full below.

From a Diageo spokesperson: “Scotch is the most important category for Diageo and we have an unwavering commitment to the integrity, long term success, history and tradition of the category. As champions of Scotch, we are always looking at ways to innovate to both protect and secure the future success of the category.  In doing so, we work with the Scotch Whisky Association on a range of ideas that seek to strike a balance between tradition and innovation, in a way that ensures consumers get the great products they want. We will never compromise on the quality and integrity of Scotch.”

From an SWA spokesperson: “Scotch Whisky is a product renowned for its quality, craft and heritage. The regulations which govern the production of Scotch Whisky are the solid foundation on which the industry’s success is built, generating over £4bn in exports to almost 200 market worldwide in 2016. The SWA regularly engages with our membership on a broad range of ideas to ensure that the category is well-placed to grow in an increasingly competitive global market place.”