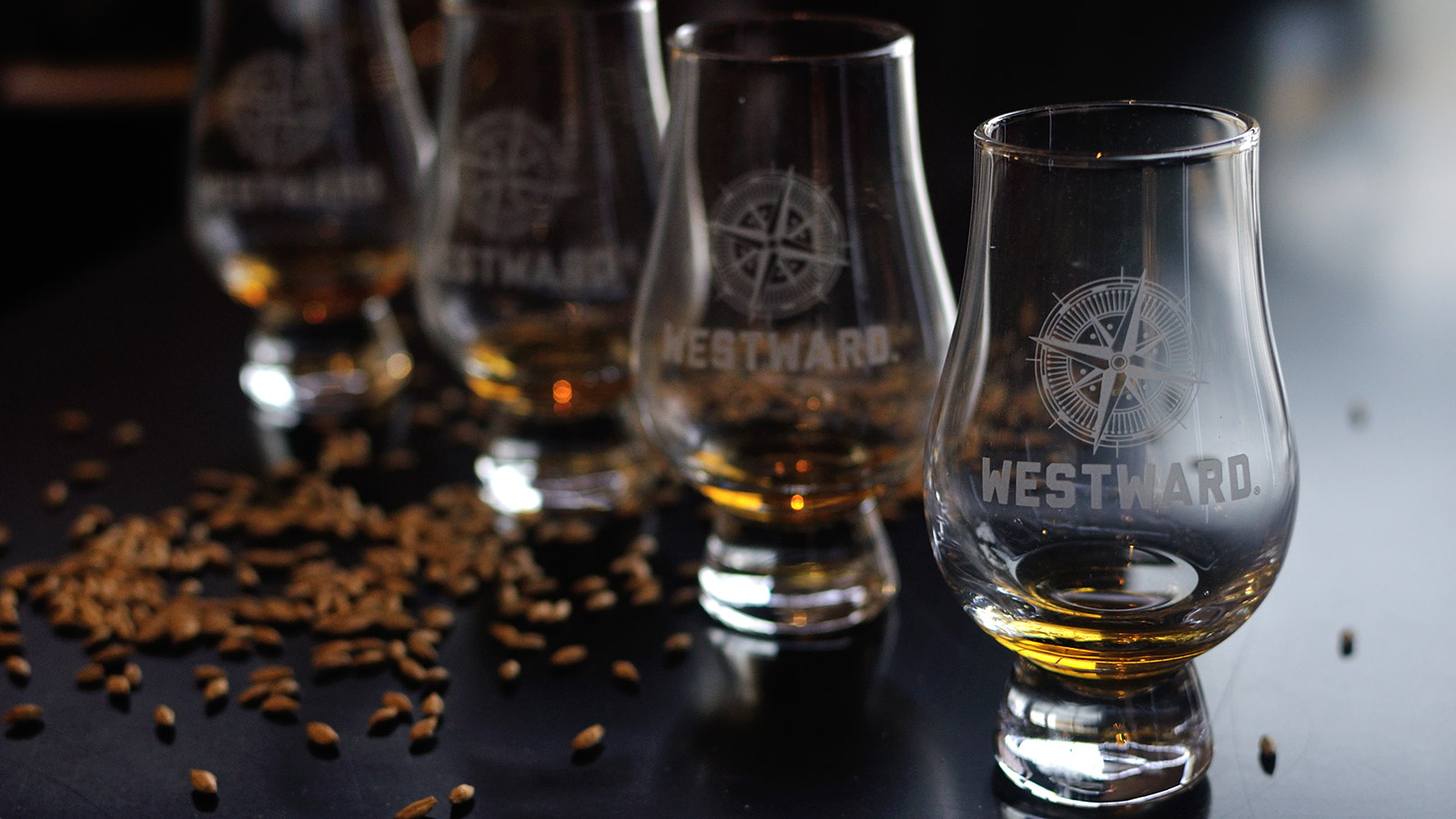 Westward—made with Pacific Northwest-grown barley and ale yeast and double-distilled in pot stills—debuted in 2012.

Another American whiskey brand is partnering with a major multinational spirits company. Just days after Wyoming Whiskey revealed it was entering a strategic partnership with Edrington Group, Diageo has announced that it will invest in Westward American single malt through its Distill Ventures unit. The whiskey is made at House Spirits Distillery in Portland, Oregon, and the deal includes investment in both the facility and inventory, as well as the Westward brand. Majority ownership and independent control remain with Westward’s founders and current investors, and existing staff, including head distiller Christian Krogstad, will stay on to make the whiskey.

House Spirits was founded in 2004 by Krogstad, a former brewer, and Tom Mooney, who serves as CEO; one of its investors is football legend Joe Montana. An early player in the American single malt whiskey movement, Krogstad aspired to make whiskey from the beginning, but got off to a slow start. “We always joke that single malt whiskey is the beer that has finally achieved its higher purpose, and Christian jokes that as a brewer that was also what he needed to do to achieve his higher purpose,” Mooney says. For the first few years of the distillery’s existence, the wash was made at local breweries because House lacked fermentation capacity. With production volumes low, the company intermittently released single malt whiskey under the House Spirits label.

Westward (87 points)—made with Pacific Northwest-grown barley and ale yeast and double-distilled in pot stills—debuted in 2012, but continued to be highly limited, sold in 375-ml. bottles and available mainly in Oregon and a handful of other markets. Mooney said in an interview in January 2016, “Up until five years ago, we owned 12 barrels of malt whiskey. We started ramping that up [in 2012], meaning today we have 163 barrels instead of 12.”

That amount has continued to grow, especially after House Spirits opened a new distillery in 2015 that dedicated half its space to fermentation for the whiskey, moving the entire process in-house. It now has nearly 3,000 barrels of Westward maturing, and much more on the way. This year, House Spirits will fill around 1,200 barrels of whiskey; the investment from Distill Ventures will expand capacity by 40% to around 1,650 barrels going forward. Westward will become much more widely available in the next two years; Mooney says that by 2020, the whiskey will be sold nationwide. “We can now really allow the brand to be everything it can and should be,” he adds.

For its first few years, Westward was a single-barrel whiskey, but in 2017, shifted to become a blend of six to eight barrels. Krogstad sat down with Whisky Advocate last year to explain the difference between single barrel and a blend of multiple barrels, discussing his reasoning for shifting Westward to a multi-barrel whiskey. “That was always the plan,” he said, noting that blends of multiple barrels not only allow for better consistency, but also enable him “to take the best of each barrel and combine them…[allowing] for increased complexity and increased quality.” Westward’s core whiskey will remain a multi-barrel blend, but Mooney says that single barrel expressions will continue to be available. House Spirits also plans to release a Westward whiskey finished in stout barrels.

A subsidiary of Diageo, Distill Ventures invests in small spirits businesses led by entrepreneurs; other investments include Denmark’s Stauning Whisky and Starward Whisky from Australia. The company offers capital, mentorship, and sales and marketing clout, but allows the distilleries’ founders and owners to continue operating independently. “We look at what we think are jewels in attractive segments and the people who will build the brands of the future,” says Gonzalo de la Pezuela, managing director of North America for Distill Ventures. “We recognized the potential in American single malt, given the growth of single malts in general throughout the world. When we learned about Westward, we really got excited, because not only were Tom and Christian crucial in giving structure and definition and in promoting the category, but they’ve created a truly American expression of [single malt].”

House Spirits makes other spirits in addition to whiskey, notably Aviation Gin, which was sold last year to Davos Brands and is partly owned by actor Ryan Reynolds. Aviation is still made at House Spirits Distillery, and will continue to be.

Full craft distillery buyouts are not uncommon, but the strategy of partial acquisitions or strategic partnerships has certain advantages: the larger company gets instant entry into a growing segment of the industry, often with the potential to fully acquire the partner, while the small distillery gains access to capital and resources for sales and distribution. Whisky Advocate is keeping a close eye on partnerships and acquisitions and will continue to bring you the latest news on this topic.