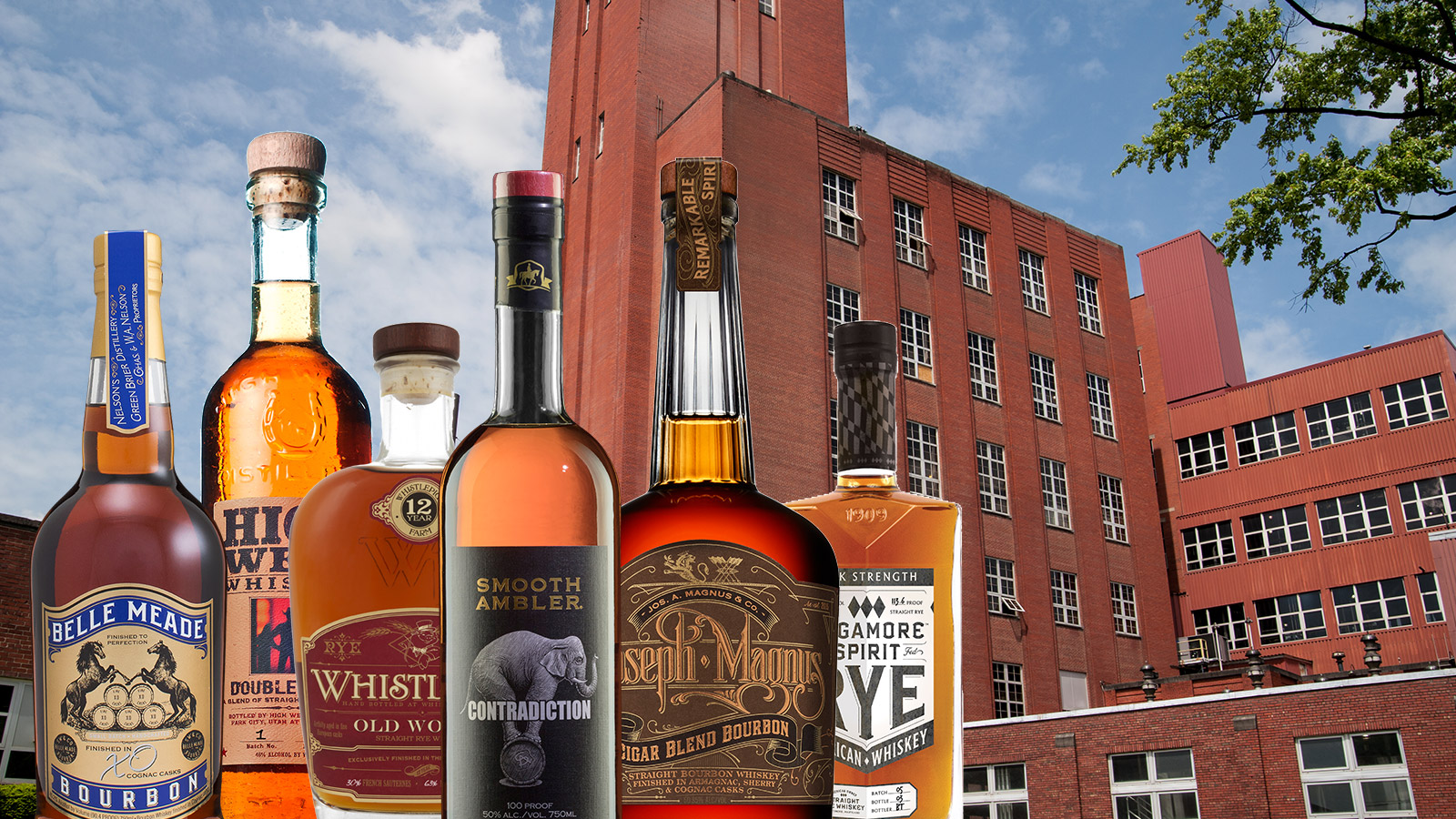 It’s long been an open secret that a lot of “craft” distilleries buy and bottle whiskey from an Indiana factory called Midwest Grain Products (MGP). You only need flip over a bottle and see “Distilled in Lawrenceburg, IN” to know who is doing it. Often it’s because the distillery’s own whiskey is still aging, and the company needs something to sell during the years of maturation. Dozens of brands offer hundreds of bourbons and ryes that start—in theory—as the same, exact thing. And yet, why do so many of these MGP whiskeys taste so different?

Age matters, of course. So does the fact that MGP offers its clients five different bourbon and three different rye mashbills to choose from, as well as corn and wheat whiskeys, among others. Among them, the distillery’s 95% rye mashbill seems to be the most popular.

“When we started out, we knew everyone and their mother were buying MGP 95% rye,” explains David Perkins, founder of High West Distillery. The Utah-based producer got its start blending whiskeys sourced from MGP and other distilleries. “Blending was a way to competitively differentiate ourselves. And hopefully make something that also tasted better [than the original product].”

John Little, the CEO and master distiller at Smooth Ambler, gets the MGP question a lot from fans. The West Virginia distillery actively discloses that it sources much of its whiskey from MGP for its Old Scout line of whiskeys. Little believes making sourced whiskey taste “better” or “different” mostly comes down to three key factors: barrel selection, filtration, and water added when reducing from barrel strength. “We’re obsessive about all three,” he says. “But maybe the biggest is filtration. Leaving as much of the barrel character, and especially non-chill filtering, is key.”

Little explains that, after rigorous testing, Smooth Ambler has found a proprietary way to release unique whiskeys with only MGP juice. Still, there’s magic and mystery in each barrel. When it comes down to the exact reasons for each whiskey’s taste, Little admits, “The truth is, we aren’t 100% sure.”

Want to taste the difference for yourself? Here are six whiskeys made either partially or wholly at MGP that taste completely different.

Belle Meade Cognac Cask Bourbon
Only opened since 2015, Nelson’s Green Brier Distillery immediately hit the ground running with a series of sourced whiskeys finished in different barrels. The most notable is a blend of 6 to 9 year old MGP bourbons which were finished for several months in French Limousin Oak casks that had previously held XO cognac. The result is a highly fruity bourbon, punctuated by hints of tobacco and cinnamon spice.

High West Double Rye!
High West is a master of making odd blends work: for Double Rye! the distillery combines 2-year-old 95% MGP rye that’s a little too brash to drink alone with16-year-old 53% MGP rye that is a touch too woody. The marriage calms the harshest parts of each whiskey, while allowing its positive attributes to shine. Minty and spicy on the noses, the body is more herbal and honeyed, with a cinnamon and anise-spiced finish.

Joseph A. Magnus Cigar Blend Bourbon
An exercise in barrel picking and blending, this Washington, D.C. distillery employs the services of famed whiskey consultant Nancy “The Nose” Fraley. For Cigar Blend, she wanted to create the perfect accompaniment for her evening smoke. That meant blending 11 and 18 year old MGP high-rye bourbons, then finishing the blend in armagnac, sherry, and cognac barrels. Bold and aromatic, the whiskey presents with leather and toffee up front, finishing with a pleasant dark fruit note.

Sagamore Spirit Cask Strength Straight Rye
Kevin Plank—the founder of Under Armour—started Sagamore Spirit in 2013, opening a Baltimore distillery in the spring of 2017. While the current 3 year old whiskeys were all made at MGP, Sagamore differentiates them from other MGP products by using a blend of two proprietary mashbills. The result is a rye whiskey that tastes more mature than its age, minty and earthy up front, with caramel and bready notes holding it all together. Additionally, a so-called “ladle” of calcium-rich Maryland spring water is also added during proofing for the non-cask strength products.

Smooth Ambler Contradiction
The West Virginia distillery has never hidden the fact that it got operations off the ground by selling MGP products. But Contradiction isn’t fully sourced: it blends 9 year old high-rye MGP bourbon (75% corn, 21% rye) with Smooth Ambler’s own wheated bourbon, which currently averages about 2 years old. The blend is then re-casked in the original barrels for three months. A smart way to get young craft whiskey onto the market, this four-grain bourbon is special; spicy with an underlying bite from the younger whiskey.

WhistlePig Old World Rye
More known for its sourced Canadian ryes, this Vermont distillery also bottles MGP whiskey for some products. Old World Rye takes 12 year old MGP 95% rye and finishes it in a combination of port, sauternes, and madeira casks. A dessert-like whiskey, dark fruits explode on the nose and palate, with a finish that is straight hot fudge. Additionally, special single barrel releases of each of the finishing barrels have hit the market in small numbers.