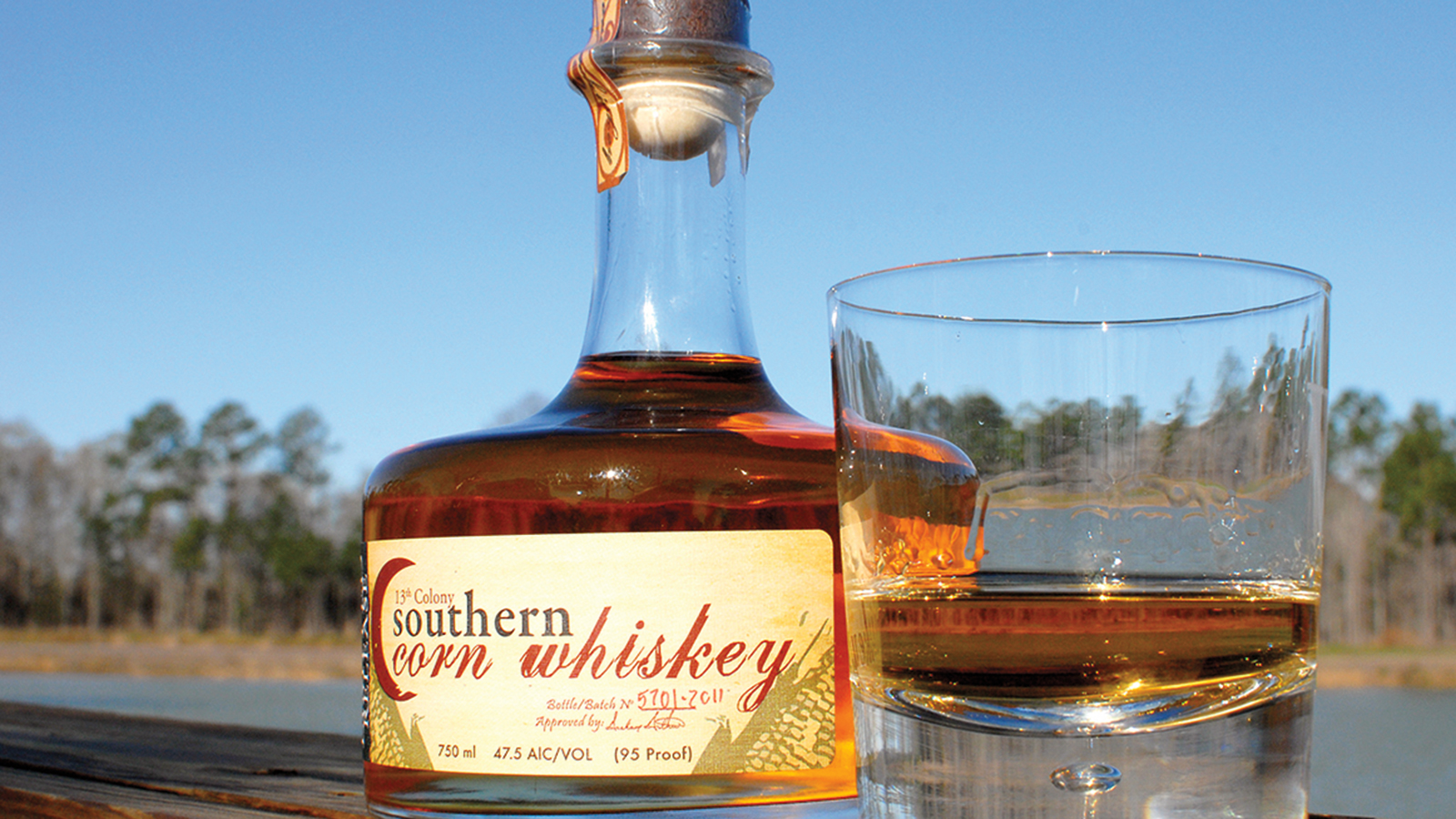 If you haven’t noticed already, bourbon and rye are not alone on American whiskey shelves. Among the first intruders was unaged whiskey, fancifully labeled as “white whiskey” and “moonshine,” extremely popular late in the last decade.

As the moonshine movement struggled, classic American whiskey skyrocketed, and producers unable to distill and age their own whiskey purchased bourbon and rye from large distillers with existing stocks of aged whiskey. But due to demand those whiskey sources started to dry up around 2012, forcing American independent bottlers to think outside the stillroom.

The result is a new focus on non-traditional and nearly forgotten styles of whiskey.

In contrast to bourbon’s 51%, corn whiskey requires a much greater minimum of 80% corn. The distillation method, however, follows bourbon’s off-the-still 160 proof maximum and no more than 125 proof as it enters a barrel, if it enters a barrel at all. Corn whiskey can be bottled unaged, or stored in used or uncharred new oak.

On the other hand, good corn whiskeys are less expensive and more enticing than young bourbon; those less than 4 years old.

Light whiskey was initially created in the late 1960s to compete with vodka, but the spirit was a colossal failure—until it became a necessary component for many types of blended whiskey.

That’s why the former Seagram Distillery in Lawrenceburg, Ind., (now owned by MGP Ingredients) made boatloads of the spirit that comes off the still between 160 and 190 proof and can be stored in used or uncharred barrels. Seagram blended their light whiskey into the likes of Seagram’s 7 Crown.

MGP currently sells a 99% corn, 1% malt light whiskey on the bulk whiskey market. High West 14 year old, Weaver’s American light whiskey, and Wicked 87 are examples of light whiskey; expect to see many more in the market soon, as it can be among the cheapest whiskey available to producers who purchase and bottle whiskey.

Wheat whiskey was once a very popular American spirit, but it’s only just now recovering from the post-Prohibition blues. Production rules parallel bourbon, but instead of a minimum of 51% corn, it’s at least 51% wheat. Wheat whiskeys display their primary grain by packing a great deal of multigrain wheat bread flavor into younger expressions. Additional age softens the raw wheat to more complex, developed, and rich notes, as found in wheat whiskeys like Bernheim 7 year old and Parker’s Heritage Collection Straight Wheat 13 year old. Smaller distillers, such as Bainbridge, Dry Fly, and others cater to those who enjoy wheat whiskey.

With the attention of distillers small and large, the future looks bright for wheat whiskey over the next fifteen years.

In the late 1800s, distillers loathed wholesalers who blended whiskey and labeled it bourbon. They also begrudged Canadian whisky blends cutting into their territories. Both led to a Kentucky distiller hyperbole that suggested blends were, “a bad word,” as legendary master distiller Jimmy Russell once said.

Fast forward to 2016, when major brands such as Buffalo Trace and Jefferson’s employ actual master blenders. The tide is turning.

With that said, blending powerhouse High West does not add anything other than straight whiskeys to its blends, says founder David Perkins.

American whiskey offers much to explore, even beyond bourbon and rye.