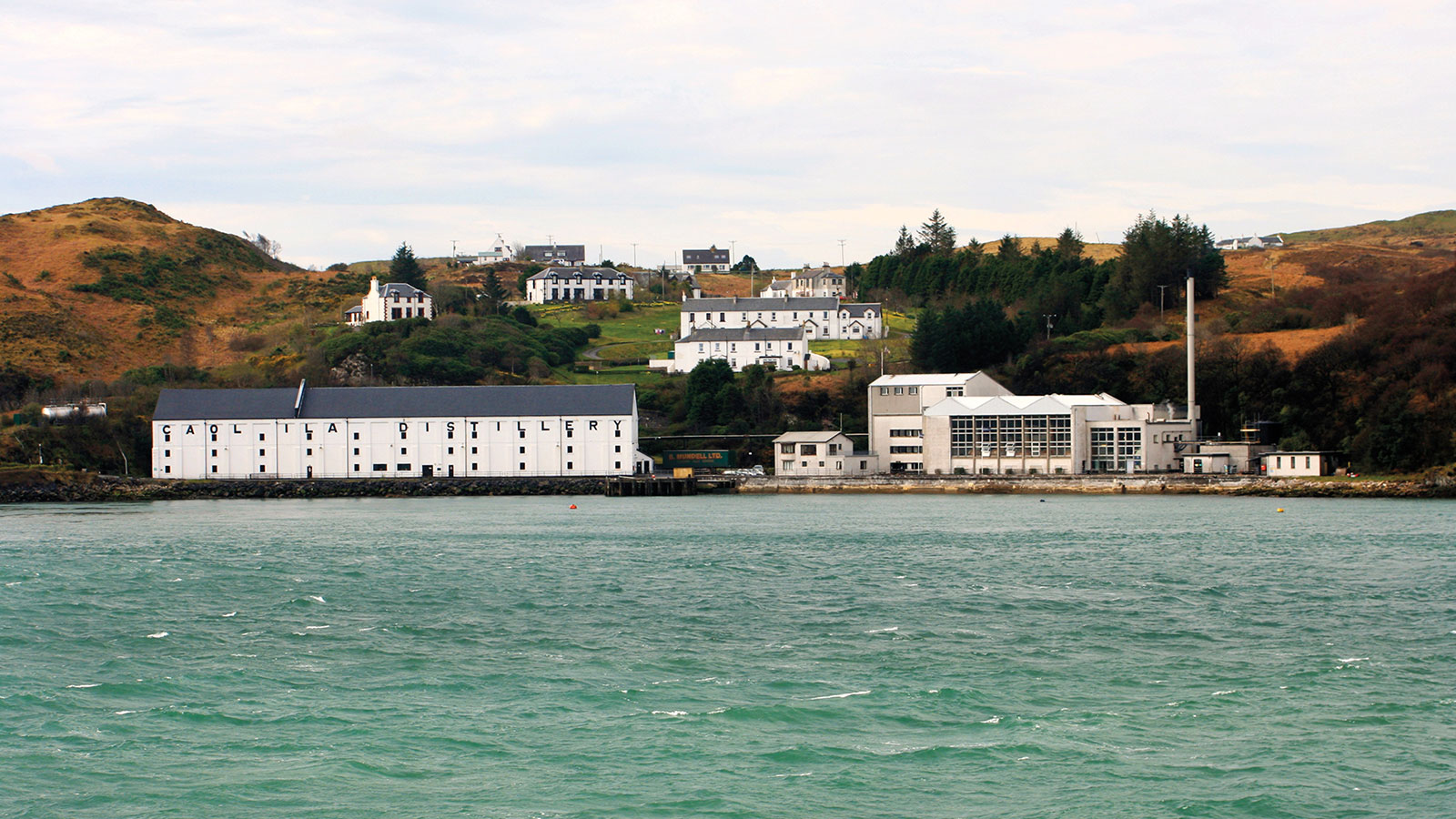 Below is a list of the operational distilleries on Islay and Jura that run regular distillery tours. We strongly suggest that you check websites or call ahead to determine tour times, the days they are open for tours (some options are seasonal), and try your best to plan and book your tours in advance to avoid disappointment. It is worth remembering that the island is much quieter outside of the peak tourist weeks. Distilleries each have their own open day during Fèis Ìle, with a busy program of events, though they lay on extra tours throughout the week due to the volume of visitors.

Ardbeg (established 1815, owner: LVMH, distillery manager: Michael Heads); 1496 302244; ardbeg.com. Open seven days a week, year-round. Admission: Ardbeg Tour (£5) is a one-hour tour of the distillery with a tasting of new make Ardbeg spirit and one dram of Ardbeg 10 year old, Uigeadail, or Corryvreckan. Ardbeg Full Range Tour (£20) is a 1.5-hour tour of the distillery with an in-depth tasting of three current expressions and two previous Ardbeg releases. Wood & Whisky in Warehouse 3 (£30) is a one-hour, straight from the cask tasting from three casks in conjunction with a food pairing experience, hosted in the warehouse. No tour is included, so it’s ideal for returning Ardbeg fans. Deconstructing the Dram (£40) is a 2.5-hour exploration into the core of Ardbeg flavors, delivered in a tongue-in-cheek scientific fashion, with plenty of opportunity to explore the main range and taste directly from the casks in Warehouse 3. Loch Uigeadail Hike (£80) is held every third Saturday between April and September (allow 5-6 hours). Dress appropriately for the walk up to the Ardbeg water source, spurred on by some tasty liquid encouragement along the way. Listen to the stories, visit the deserted village, devour a picnic lunch from the Old Kiln Café, and undertake the Lock and Key ritual.

Bowmore (established 1779, owner: Beam Suntory, distillery manager: David Turner); 1496 810441; bowmore.com. Open seven days a week, year-round, though the tour schedule can be curtailed when the distillery is not in production. Bowmore Distillery Tour (£7) is a one-hour experience that includes a video, tour of the distillery, and a dram in a Bowmore glass that you can take home with you. Bowmore Tasting Session (£20) is a comparative tasting of four expressions of Bowmore showing the effect of maturation; held once daily. Craftsmen’s Tour (£55), an in-depth tour including a visit to the legendary Bowmore No.1 Vaults, one of the Seven Wonders of the Scotch whisky world (Monday to Thursday only, book in advance). Master Distiller’s Tour (£225) lasts for the whole day and includes a walk to the water source, a chance to cut peat, a lunch with whisky pairings, a comprehensive distillery tour, and the chance to fill your own bottle of whisky from a cask in the warehouse (Monday to Thursday only, book in advance).

Bruichladdich (established 1881, owner: Rémy Cointreau, distillery manager: Allan Logan); 1496 850190; bruichladdich.com. Open six days a week all year; open Sundays from April to September. Bruichladdich Tour (£5) is a one-hour tour of the distillery, including the wonderful Victorian distilling equipment. The Warehouse Experience (£25) takes you deep into a Bruichladdich warehouse to sample from interesting casks, accompanied by entertaining stories from your knowledgeable guide.

Caol Ila (established 1846, owner: Diageo, distillery manager: Heather Wall);
1496 302769; discovering-distilleries.com/caolila/. Open six days a week, year round; open Sundays from April to October. Friends of the Classic Malt members can take the distillery tour free of charge and receive discounts on the other tours. Distillery Tour (£6) includes a full tour of the large distillery and the chance to take in the unparalleled views across the Sound of Islay toward the Paps of Jura, and concludes with a tasting within the old cooperage, including a couple of expressions in a complimentary glass. Core Range Tour (£15) includes the Distillery Tour with a further 30 minutes spent in the cooperage with a tutored tasting of the wider expressions. Premium Tasting Tour (£23) follows the tour of the production area before a detailed tutored tasting in the old cooperage. At the time of visiting, this included Caol Ila 18 year old, 25 year old, Stitchell Reserve, Caol Ila Fèis Ìle 2013, and Caol Ila Fèis Ìle 2014. Whisky & Food Pairing (£23, March to October only) is a one-hour matching experience; four Caol Ila expressions are tasted along with Arran cheeses and artisan chocolates.

Kilchoman (established 2005, owner: Kilchoman Distillery Co., distillery manager: Robin Bignall); 1496 850011; kilchomandistillery.com. Open seven days a week April to October, Monday to Friday otherwise, and closed in January. Distillery Tour (£6) is a one-hour tour of the production facilities and tasting of two Kilchoman expressions. Tutored Tasting (£15) is a 30-minute visit to the tasting room to taste through the current Kilchoman range and can include a few limited editions. Premium Tour (£25), 1.5 hours and combines the Distillery Tour with a tutored tasting. Stillman’s Tour (£20, Monday only), tour the distillery with the Kilchoman stillman and enjoy a sample of Kilchoman new make spirit, a maturing sample straight from the cask, and a tasting of the full Kilchoman range.

Lagavulin (established 1816, owner: Diageo, distillery manager: Georgie Crawford);
1496 302730; discovering-distilleries.com/lagavulin/. Open six days a week all year; open Sundays April to October. Friends of the Classic Malt members can take the Distillery Tour free of charge and receive discounts on other tours. Distillery Tour (£6), a tour of the production areas of the distillery, concluding with a dram of a classic Lagavulin in a complimentary glass. Core Range Tasting Tour (£15) includes the Distillery Tour with a further 30 minutes spent comparing the Lagavulin 16 year old, 12 year old, and Lagavulin Distiller’s Edition. Premium Tasting (£23) involves a 30-minute tour of the distillery and a five-dram tasting session that includes the three core range bottlings plus the Lagavulin 8 year old released for the bicentenary and the Lagavulin Jazz Festival 2015 bottling while stocks last, and a complimentary glass. Warehouse Demonstration (£23), if you’re lucky, Lagavulin stalwart Iain McArthur leads the tour. He has been at the distillery for 45 years. Taste your way through duty paid casks of a variety of Lagavulin expressions within the warehouse. Mini Nips & Nibbles Tasting (£6/£10) includes tastes of two or three whiskies with some fine chocolates. Sensory Tasting Experience (£35) is a new tour for the bicentenary; indulge yourself in the sounds, smells, and tastes involved in the creation of Lagavulin. It includes the five drams of the Premium Tasting and guests take home their own Lagavulin sensory kit.

Laphroaig (established 1815, owner: Beam Suntory, distillery manager: John Campbell); 1496 302418; laphroaig.com. Open seven days a week; open Monday to Friday during January and February.  If you are a Friend of Laphroaig, remember to visit your plot and collect your liquid rent. Distillery Tour (£6) includes a one-hour distillery tour including the malting floors and peat kiln, and a taste of Laphroaig Select. Designated drivers are given a miniature of Laphroaig 10 year old after the tour to enjoy later. Flavor Tasting (£15) is a pre-lunch food pairing experience without a distillery tour that includes three different tastes of Laphroaig. Premium Tasting (£30), a mid-afternoon tour that includes a detailed one-hour tutored tasting of Laphroaig 15 year old, 21 year old, 10 year old Cask Strength, and Càirdeas. Distiller’s Wares (£60) is the first tour of the day and lasts until lunchtime, with a tour of the distillery, a warehouse tasting where visitors are invited to nose and taste from 3 casks (a quarter cask, a sherry cask, and a bourbon cask), then bottle 250 ml of their favorite using the valinch. Water to Whisky Experience (£90, seven-guest maximum) starts at midday and lasts all afternoon. Start with a distillery tour and a picnic lunch before donning a pair of wellington boots and heading to Laphroaig’s water source. Next stop: Laphroaig’s peat banks, to try your hand at cutting peat. The visit concludes with a warehouse cask tasting and valinch bottling.

Isle of Jura (established 1810; modern distillery was built in 1963, owner: Whyte & MacKay, a subsidiary of Emperador Distiillers Inc., distillery manager: Graham Logan); 1496 820385; jurawhisky.com. Open Monday to Saturday (Monday to Friday only November to February). Distillery Tour (£6) runs twice a day and includes a full tour of the distillery’s production areas. Sweet & Smoky Experience (£15, Monday, Thursday, and Saturday) includes a guided tour of whisky production at the distillery and an extended tasting of the different sides to Jura’s characterful whiskies. Discover the Uncommon (£25, Wednesday and Friday) is a comprehensive experience offered to enable the most seasoned distillery visitor to learn more about the distinctiveness of making whisky on Jura.