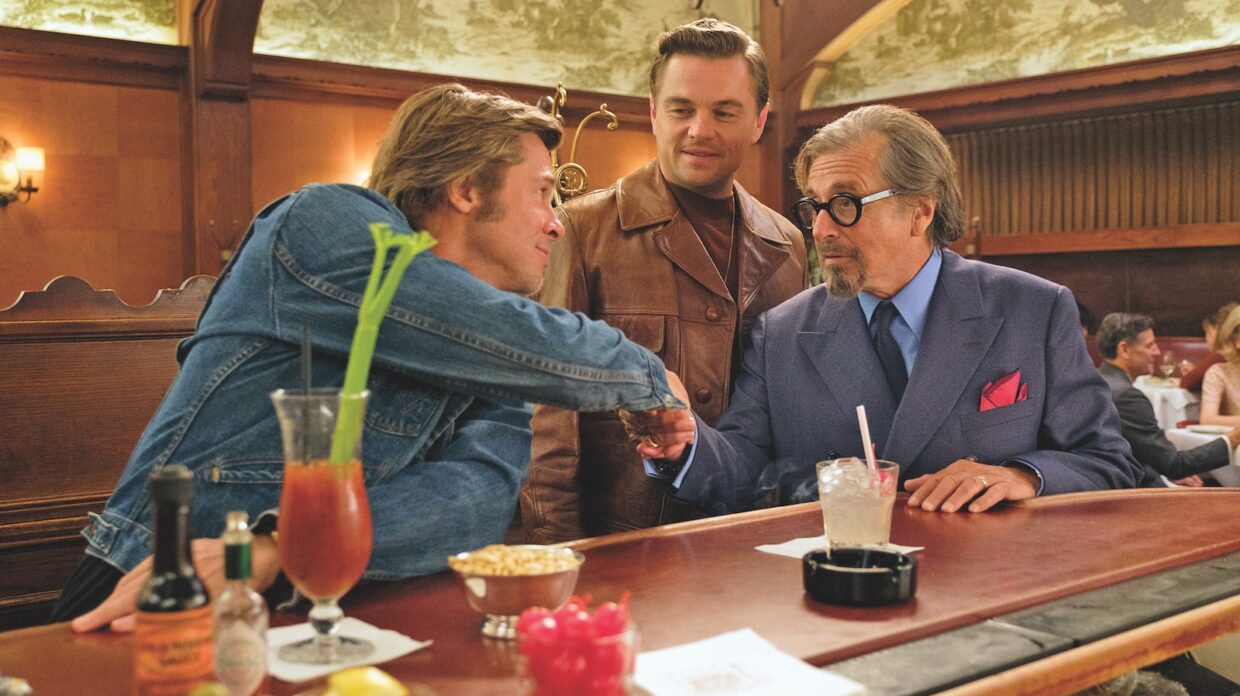 Quentin Tarantino spent five days shooting the film “Once Upon a Time…in Hollywood” at the Musso & Frank Grill, enlisting bartender Kenneth “Sonny Bones” Donato who shook up at least 15 of his famous Whiskey Sours. Musso’s has been a favorite of the film industry ever since Charlie Chaplin and Douglas Fairbanks raced to the bar on horseback, with the loser picking up the tab. But this Hollywood favorite is also popular with regular folk thirsty for a drink and a bit of cinematic nostalgia. Check out these other real-life bars that appear in famous movie scenes.

As seen in: “Good Will Hunting” (1997)
Troubled mathematics genius Matt Damon introduces his new girlfriend Minnie Driver to his pals (including Ben Affleck) at this now-famous Irish bar which proudly boasts its connection to the Oscar-winning film.
Potable: Irish whiskey with a pint of Guinness
Quotable: “I got her number. How do you like them apples?”—Will (Matt Damon)

As seen in: “Once Upon a Time…in Hollywood” (2019)
Rick Dalton (Leonardo DiCaprio) enjoys one of Sonny’s Whiskey Sours while waiting to meet agent Marvin Schwarz (Al Pacino) at the famous Hollywood Boulevard watering hole.
Potable: Sonny’s Whiskey Sour, which combines bourbon, lemon, simple syrup, sweet and sour mix, and egg whites in an ice-filled cocktail tin.
Quotable: “When you come to the end of the line, with a buddy who is more than a brother and a little less than a wife, getting blind drunk together is really the only way to say farewell.”—Narrator (Kurt Russell)

The Formosa Café in Los Angeles

As seen in: “Wall Street” (1987)
A former Prohibition speakeasy, this indefinitely shuttered formal bar and restaurant was where Charlie Sheen and mentor Michael Douglas shared a power lunch.
Potable: ‘21’ Perfect Manhattan made with Maker’s Mark bourbon or Bulleit rye and sweet and dry vermouth
Quotable: “Greed, for lack of a better word, is good.”—Gordon Gekko (Michael Douglas)

As seen in: “Midnight in Paris” (2011)
This world-famous, art nouveau-styled bistro dates to 1893. In Woody Allen’s time-travel comedy, modern writer Owen Wilson visits Maxim’s in the 1920s with his new love, Marion Cotillard, and meets notable celebrities from that era.
Potable: Maxim’s de Paris Pure Malt Scotch
Quotable: “That Paris exists and anyone could choose to live anywhere else in the world will always be a mystery to me.”—Adriana (Marion Cotillard)