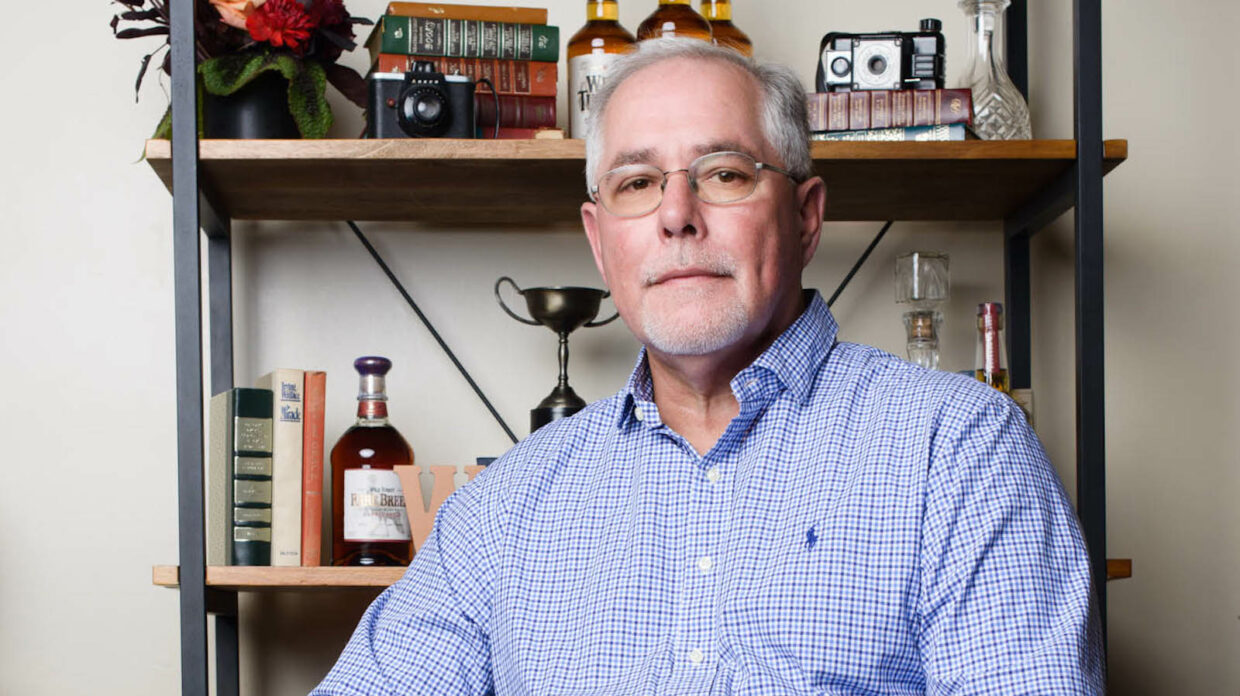 Eddie Russell respects tradition, but he’s not afraid to experiment, especially if doing so could lead to great whiskey. The Wild Turkey master distiller joined Whisky Advocate’s Instagram Live series #TasteWithSpace on Aug. 14 to talk about how he’s been a bridge between the old-school preferences of his father, American whiskey legend Jimmy Russell, and his son Bruce, who’s increasingly playing a role in whiskey production.

Jimmy, Eddie said, “never drank any rye,” though he kept up its production during the 1980s and 90s when few people were drinking it. Bruce, however, is a big rye fan, as are many whisky lovers in his age group, and Eddie said he played an important role in developing Wild Turkey’s new Rare Breed rye. “As he came on board, he got to talking about, let’s taste those barrels of rye, and kept wanting to let ‘em age longer and longer,” Eddie explained, noting, “You always worry about ryes getting too dry.” That wasn’t the case with Rare Breed rye, a blend of 4, 6, and 8 year old whiskeys, bottled at barrel proof with no chill-filtration—something Eddie prefers because it results in a whiskey that tastes more “like it’s straight out of the barrel.” Despite Rare Breed rye’s strength (56.1% ABV), Russell said it’s “not hot at all,” while its enticingly oily fruit notes, and creamy, thick mouthfeel make it supremely drinkable, even “a little bit dangerous.” Almost all Wild Turkey whiskey is chill-filtered—even Rare Breed bourbon. But now that Rare Breed rye has debuted without chill-filtration, Russell is pushing for Rare Breed bourbon to be changed to match. “I definitely see it coming down the road,” he added.

The proportions of different aged whiskeys in Rare Breed rye aren’t set in stone, Russell said. “Sometimes it’ll be a little more 8 year old to keep that smooth mouthfeel to it,” he explained. “Sometimes the 6 year old will be just perfect. And there’s always going to be a little 4 year old in there. There’s no [predetermined] percentage—it’s just something we look at. We blend them together, taste them, and go from there.” The debut effort offers “a little bit of that sweetness—a little of that caramel-vanilla, because we do add corn to our rye mash—but the citrus flavors that come through on this just amazed me.”

Rare Breed rye isn’t Wild Turkey’s only high-profile release this year. The 2020 Master’s Keep—a limited-edition, 17 year old bottled in bond bourbon—is “the oldest we’ve released in the U.S. as a single batch,” Russell said, though the inaugural Master’s Keep release in 2015 was the same age. “The Master’s Keep series gives us a chance to be relative to what’s happening today.” Of late, bottled in bond whiskey has been enjoying a revival, but “back in the beginning, bottled in bond is what set the standard to know you were getting a good quality whiskey,” Russell noted.

Putting out a 17 year old, 100 proof whiskey wasn’t without challenges. Namely, it was difficult to find enough 17 year old barrels from a single season to make a bottled in bond release, Russell said. Another concern was “making sure we had the proof. This stuff was put in the barrel at 107 proof, so if you bring it down on the lower floors, there’s a big chance it’s going to be below 100 proof. Thank goodness, we had enough sense to leave a little bit up on the fourth and fifth floor to be able to bring the proof up.” The foresight paid off. “This is some of our last 107 entry proof whiskey,” Russell noted. “To me, [it’s] some of the best juice that Jimmy ever produced. This stuff was a little over 100 proof right out of the barrel, and the flavors, once it was bottled, were exactly what I was looking for.”

Check out the full interview with Russell on Whisky Advocate’s IGTV channel and follow Whisky Advocate on Instagram to join our #TasteWithSpace live interviews every Friday at 3 p.m. Eastern.