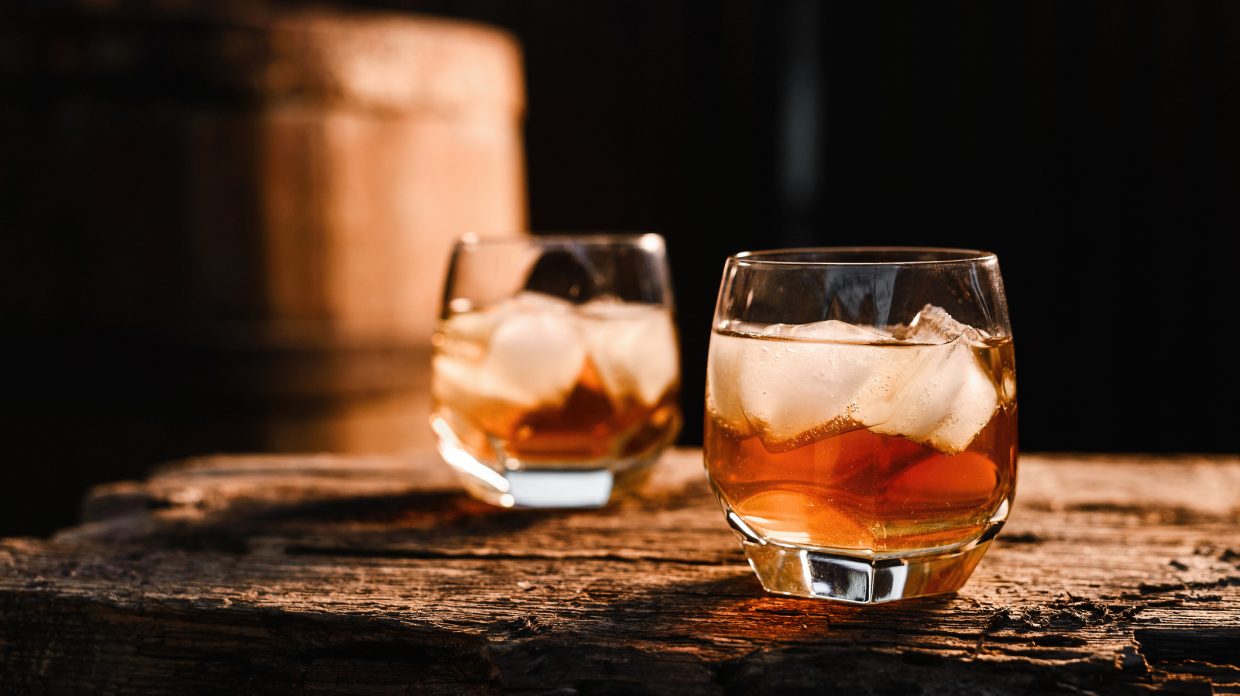 MGP Distillery's newest brand, Eight & Sand, is a blend of bourbon and other whiskeys. (Photo by iStock/Andrii_var)

It’s a mixed bag of whisky and whiskey this week.

First up, MGP Distillery has unveiled a new brand called Eight & Sand. The whiskey is a blended bourbon, which includes both straight bourbon and other unspecified American whiskeys. It’s hitting shelves in a dozen states for $30.

Want to taste whisky from a long-dead distillery? Littlemill 40 year old, distilled in the waning days of the 1970s, is available from Loch Lomond Group. Just 250 bottles are being released, including 23 coming to the U.S. for the hefty, but round, price of $10,000.

Two new whiskies from Germany are hitting U.S. shelves for the first time: Eifel single malt and Eifel rye are made in the western part of the country, distilled in both a column and a pot still, and aged in a variety of cask types. The single malt is $60, while the rye is $55, and both are bottled with no chill-filtration at 46% ABV.

Two age-statement, barrel-proof whiskeys, also made at MGP, are on shelves now. Created by one of the minds behind the Redemption brand, The Senator is a 6 year old rye priced at $75-$85, while The Ambassador is a 12 year old bourbon priced at $115-$130. Both whiskeys are batched products, available in limited amounts.

Backbone Bourbon Co. is branching out into scotch, releasing a 14 year old single grain from the now-closed Port Dundas Distillery. Auld Blow-In costs $75, with 1,500 bottles available in the current release.

Meanwhile, Douglas Laing & Co. is launching a new single cask collection that pays homage to the elements of whisky-making: Fire, Air, Earth, and Water. The first release (fire) is a 12 year old Craigellachie aged in a sherry butt and bottled at cask strength. Just 365 bottles are available in the U.S., priced at $120.

Goodwood Brewing Co. has gotten into the whiskey game with a sourced 12 year old bourbon. The whiskey is finished in Goodwood’s own stout casks. It’s available for $145 in Kentucky only.

Finally, Doc’s Wine, Spirits & More in Memphis is getting ready to release its next private-label whiskey. The 9 year old bourbon is bottled at barrel proof and hits shelves in late March at $60. 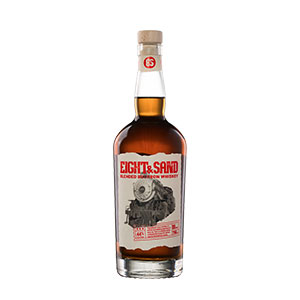 A new brand from MGP Distillery, this is a blend of straight bourbon and other unspecified American whiskeys, all aged at least four years. “Eight and sand” is an expression similar to “smooth sailing:” eight refers to the fastest notch on a train’s throttle, while sand was commonly put on the wheels to keep them from slipping.

Legally, blended bourbon must contain at least 51% straight bourbon, with the remainder being made up of other whiskeys or even neutral grain spirit—and there have certainly been brands that have taken advantage of the cheap filler spirit to create whiskeys that bear little resemblance to actual bourbon. Eight & Sand, however, uses American whiskey in its blend, rather than neutral spirit, so even if it has a different profile from bourbon, it will still likely retain a flavor that whiskey drinkers find familiar. Look for a review in an upcoming issue of Whisky Advocate. 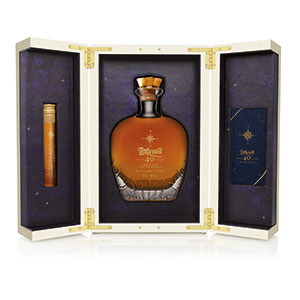 Made at Littlemill Distillery, which was closed in the early 1990s and subsequently burned down in 2004, this whisky aged for 40 years. Throughout that time, it was recasked into several different casks, including refill American oak hogsheads, first-fill bourbon, and first-fill oloroso sherry casks. The whisky is packaged in a Glencairn crystal decanter with a 50-ml. vial of the whisky on the side—in case you want to taste it without cracking open the decanter. The box is decorated with a star chart from October 11, 1977, when the whisky was originally put into cask.

It’s pricy, and there’s not much of it, but if you’re in the market for whisky that’s four decades old and from a closed distillery, you’d be hard-pressed to find a better option. Macallan recently announced its 40 year old Fine & Rare Vintage 1978 which is nearly 20% higher in price. 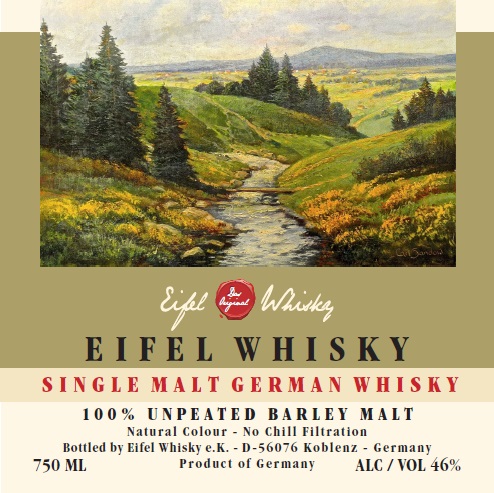 Made at Eifel Distillery in western Germany, this whisky uses 100% malted barley. It was distilled once in a column still on the mash and a second time in a pot still, and matured for four years in refill red wine barriques, with a one-year finish in first-fill oloroso sherry casks. It’s bottled with no chill filtering or added coloring. 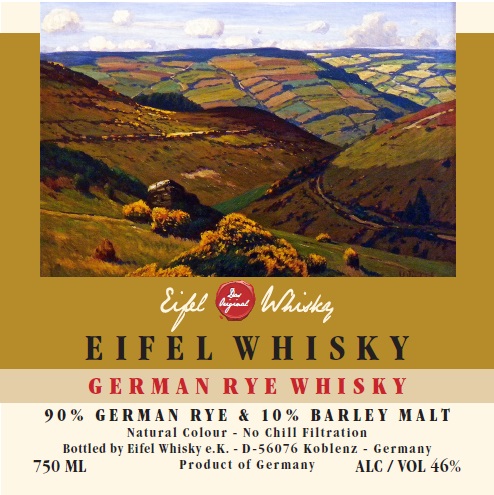 This whisky is made from 90% German rye and 10% malted barley, distilled once on the mash in a column still and a second time in a pot still. It matured for one year in three new and three refill casks made with interchanging oak and acacia staves, then two years in first-fill red wine barriques. It’s bottled with no chill filtering or added coloring.

Other than blends, single malt tends to be the most popular style of whisky made in non-traditional whisky countries, but it’s not the only style distillers are trying. Rye grows well in northern Europe, so it makes sense to see a German distillery—among others—producing whisky from this grain, each creating unique expressions through their production choices. We look forward to reviewing these whiskies in an upcoming issue! 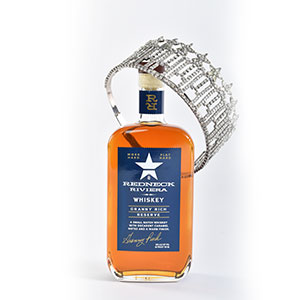 A blend of 3 year old corn whiskey and 4 year old malt whiskey made at MGP Distillery and blended by Eastside Distilling in Portland, Oregon, this whiskey is the second release in the Redneck Riviera brand.

Redneck Riviera was co-created by country music star John Rich and Eastside Distilling. The “Redneck Riviera” is a nickname for the coastline stretching from Panama City Beach, Florida to Gulf Shores, Alabama. 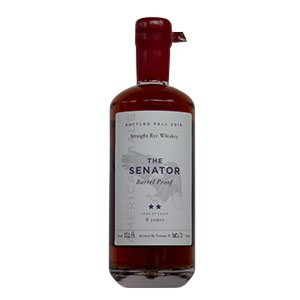 Made at MGP Distillery from a mashbill of 95% rye and 5% malted barley, this whiskey is barrel proof and non-chill filtered. It’s bottled in batches of 20 barrels or fewer, so the proof varies. 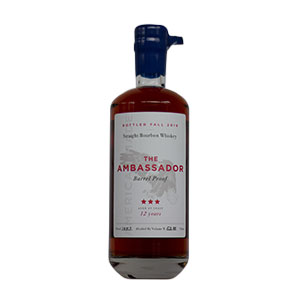 Made from a mashbill of 75% corn, 21% rye, and 4% malted barley, this bourbon was distilled at MGP when it was known as Lawrenceburg Distillers Indiana (LDI). The ownership changed in 2011. The whiskey is barrel proof (varying depending on the batch) and non-chill filtered.

The company behind these two whiskeys, Proof and Wood Ventures, was founded by Dave Schmier—who originally co-created the Redemption Rye brand. Proof and Wood also offers Deadwood bourbon and rye, both sourced from MGP and bottled at 40.5% and 41.5% ABV, respectively. 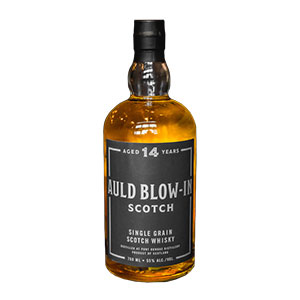 Made at Port Dundas Distillery, which closed in 2011, this single grain scotch was bottled by Backbone Bourbon Co. for the U.S. market. There are 1,500 bottles in this initial batch, but future releases are planned. 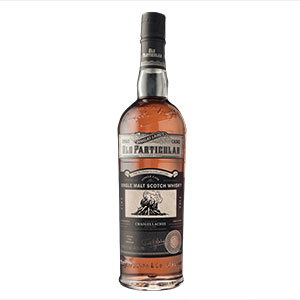 Douglas Laing & Co.’s newest series of single cask whiskies pays homage to the elements that are important to whisky-making, starting with fire. This 12 year old from Craigellachie Distillery matured in a sherry butt and is bottled at cask strength.

As an independent bottler, Douglas Laing releases a lot of new whiskies every year, and many of them don’t make it to the U.S. due to their limited availability—so it’s exciting to see one arrive that’s sure to be delicious. 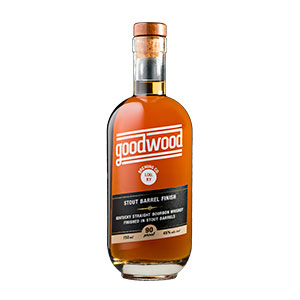 The first whiskey release from Goodwood Brewing Co., this 12 year old bourbon was sourced from an undisclosed distillery, and then finished in Goodwood’s stout casks. The mashbill is 74% corn, 18% rye, and 8% malted barley.

Beer barrel-finished whiskies have become increasingly more popular, from Jameson Caskmates to Rogue’s Rolling Thunder Stouted bourbon, which was announced just a couple of weeks ago. The price tag on this 12 year old is quite hefty, though—certainly more than some of our favorites of the same age. 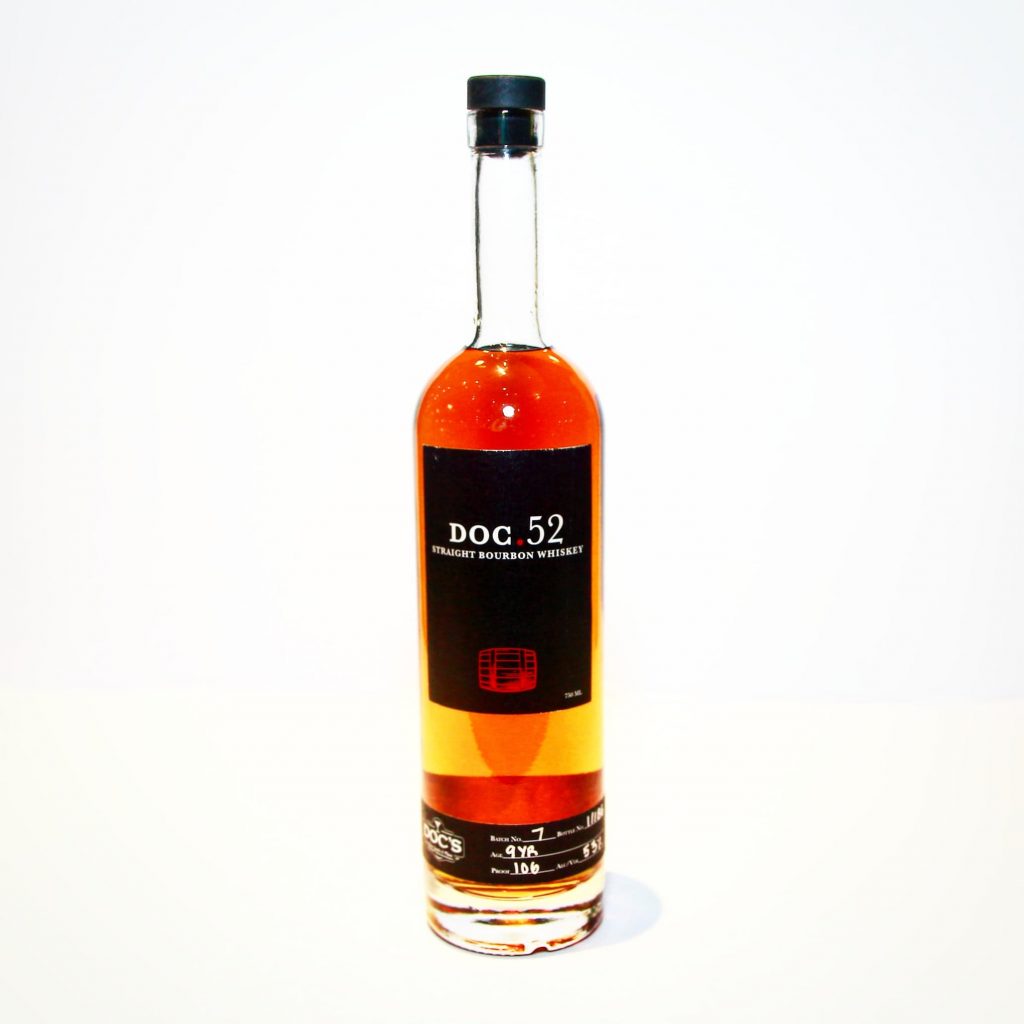 This 9 year old bourbon was made at an undisclosed Tennessee distillery and bottled at barrel proof. It is available only at Doc’s Wine, Spirits & More in Memphis.

Whisky Advocate has reviewed three of Doc’s private-label whiskeys before, and all have impressed us. You’ll have to get to Memphis to get your hands on a bottle, though.

Plus, Kilchoman debuts a “mess” of a scotch, Yellowstone Limited Edition 2020 has an unusual cask finish, and new releases from Nevada and California are hitting shelves.