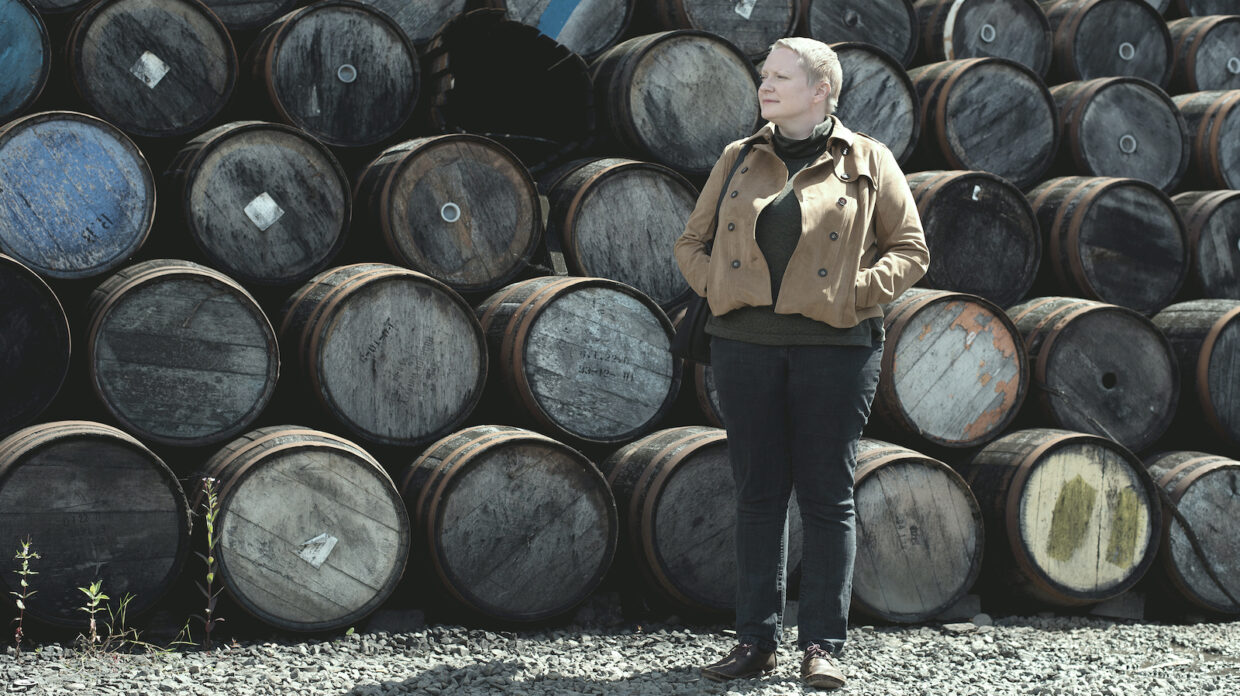 Johnnie Walker, the world’s most popular scotch, is celebrating a huge milestone this year. 2020 marks the 200th anniversary since John Walker himself started blending in a small grocery store in Kilmarnock, and in celebration the company is releasing a book, a documentary, and a series of commemorative whiskies. Emma Walker, one of 12 master blenders on the Johnnie Walker team, joined our Instagram Live series #TasteWithSpace on Dec. 11 to taste some of those whiskies and discuss what that anniversary means to her and her fellow blenders.

“It hit us more this year when you realize that you’re part of this ongoing chain,” she said. “It’s been 200 years of people making whisky before you, making great whiskies. You’re learning from what they’ve done but you’re continuing that innovation that Johnnie Walker’s always had. And you’re part of that. There is a bit of curiosity of, in 200 years’ time, will people be looking back at what we’re doing right now and talking about it in a similar way? And that can be a little intimidating.”

In honor of the anniversary, Johnnie Walker has released John Walker & Sons Celebratory Blend, a 51% ABV limited edition whisky meant to mimic a style the company would have bottled centuries ago. Walker and Whisky Advocate digital editor and senior whisky specialist Susannah Skiver Barton tasted the new blend together. “We’re not creating whiskey [like they would have] in 1860, but we’re taking inspiration from the distilleries and also our understanding of what whisky would have been like then,” Walker said, showing the bottle’s photo-lined package. “It’s very evocative of Johnnie Walker’s history as well.”

Walker and Skiver Barton also tasted the new Johnnie Walker Blue Label Legendary Eight which features whiskies from eight distilleries, all of which existed at the time John Walker and his wife blended their first whisky. Walker explained the process for creating limited-edition Blue Label releases such as Legendary Eight and Ghost & Rare.

“It’s really good fun working on these whiskies because they are limited edition, so some of this stock, there will only be small pockets of it in our inventory,” Walker said. “Being able to use these and play with the flavors and really get those rare expressions coming to the fore is great fun. It’s a great whisky to explore how these different flavors work together and complement each other as well.”

The two also tasted Jane Walker blended malt and discussed the new Johnnie Walker Experience opening soon in Edinburgh. Check out the full interview on IGTV and follow Whisky Advocate for all upcoming #TasteWithSpace interviews. Tune in this Friday when we sit down with Hall of Fame goaltender and Stanley Cup champion Ed Belfour to discuss his line of whiskeys under the Belfour Spirits name.