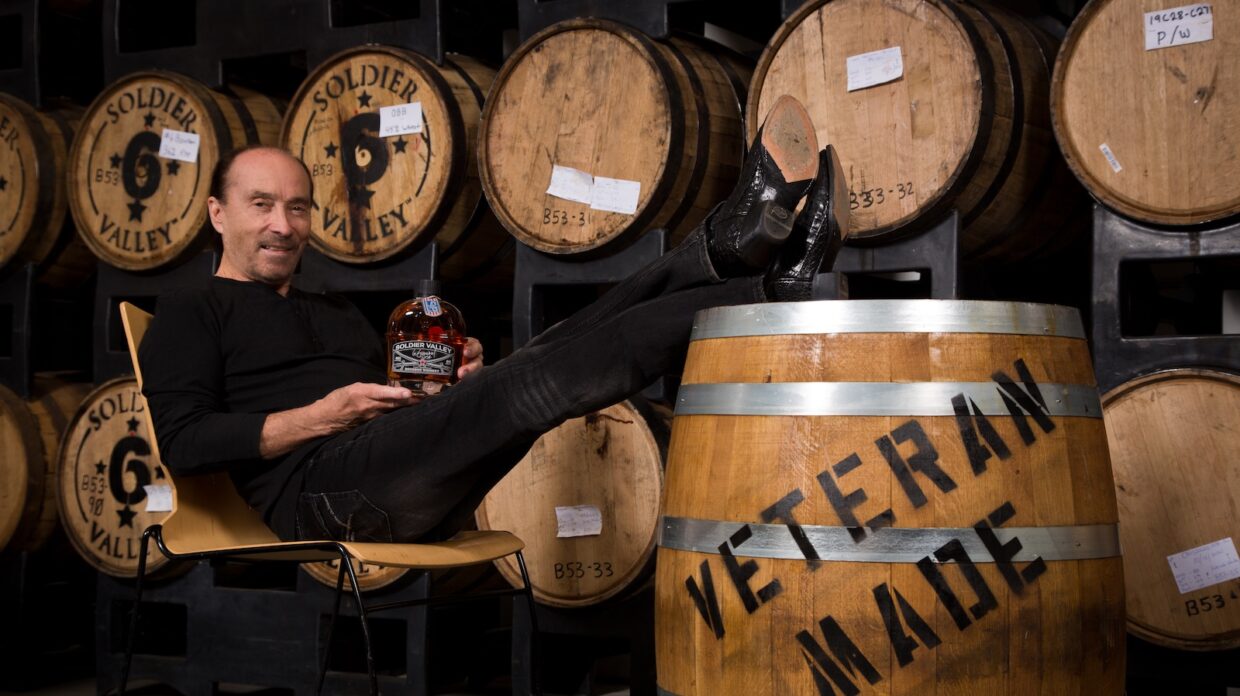 Country music and whiskey often go hand-in-hand, both of them emblematic of American culture, and perfect for enjoying together. Several country singers and groups have launched their own whiskeys, including Florida Georgia Line (Wolf Moon), John Rich of Big & Rich (Redneck Riviera), and Darius Rucker (Backstage Southern Whiskey). But none of them bring together the ultimate American matchup quite like Lee Greenwood, who’s preparing to launch an eponymous whiskey this spring in partnership with Omaha, Nebraska’s Soldier Valley Spirits.

The writer and singer of the popular patriotic anthem “God Bless the USA” says that he was drawn to work with Soldier Valley because its military connections align with his values. “If you look at the history of my career, you won’t find my name associated with anything else other than something military,” Greenwood says. “I met these two guys, and I would say David [Young, Soldier Valley’s president] and Jeff [Hadden, founder] are just the best type of American that you could possibly ask for. Not only are they veterans, but they’re concerned about American citizens. Their company is extremely positive. I met a lot of people who work there when we visited the facility. It is clean, it’s neat, and the product is excellent. We looked at other options but Soldier Valley was the only one that stood out as an endorsement of our military, and of course that’s pretty much what I’m all about.” 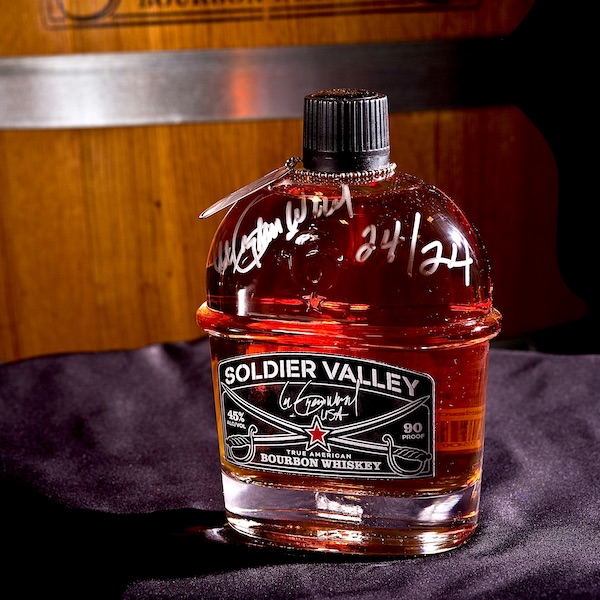 Hadden and Young agree that the deal is about more than just celebrity backing; it’s a confirmation of shared values. “Our moral compasses match up, with our company motto being ‘Faith, Family, and Freedom,’ and I know that’s what Lee and [his wife] Kim are all about as well,” Hadden says. “It was really a dream come true in order to align our two households, so to speak. … We walk the same kind of walk in life together. It’s been a really wonderful path so far.”

Launching in April, Lee Greenwood Signature bourbon features the same liquid as Soldier Valley’s 6 bourbon, which will be phased out as the new release steps in. The 45% ABV 6 year old whiskey blends Soldier Valley’s house-made bourbon, distilled from Nebraska corn, with sourced bourbon. It’s packaged in a bottle resembling a World War II-era canteen, with a red, white, and blue dog tag around the neck and Greenwood’s signature on the label. Priced at $55, the bourbon will initially roll out along the Gulf Coast and on military bases across the country, with expansion ongoing throughout 2021.

Although Greenwood himself never served in the military, Hadden is a veteran of the U.S. Army. After his service in the 1980s, Hadden entered the alcohol business on the wholesale side, and later became interested in making it himself. He started Soldier Valley Spirits in 2013—one of Omaha’s first craft distilleries in this century, though the city’s history as a whiskey center actually goes back to the 1860s, when Willow Springs Distilling Co. opened. The distillery grew to be the third largest in the country before Prohibition forced it to cease producing spirits in 1919. 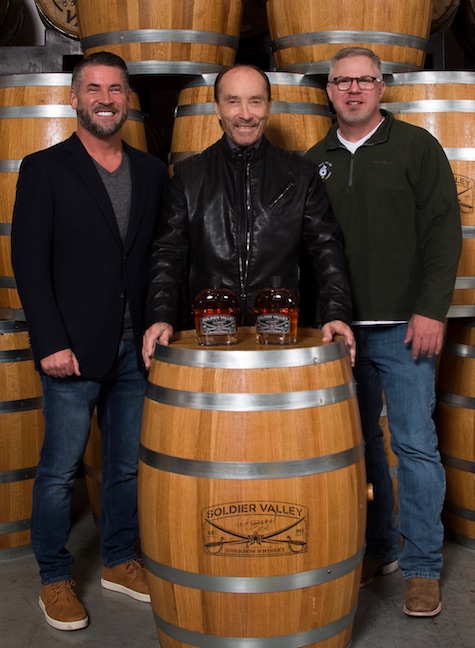 Soldier Valley Spirits president David Young (left) and founder Jeff Hadden (right) are both veterans, which connected them to Greenwood (center), a longtime supporter of the armed forces.

Hadden wasn’t thinking about that when he started Soldier Valley Spirits, however; he just loved whiskey and wanted to make a hobby into his business. Young, a veteran of the U.S. Marine Corps, joined the company in 2019 and has helped it grow since then. All along, Soldier Valley Spirits has supported veterans’ causes through donations to nonprofits like AMVETS National Service Organization, Disabled American Veterans, and Omaha National Cemetery, among others, and the company intends to direct a portion of the proceeds from Lee Greenwood Signature bourbon to these groups.

Hadden and Young call the partnership with Greenwood a great opportunity to share both their bourbon and their values. Hadden recalls being moved by “God Bless the USA” when it debuted in 1984, while he was serving, and how meaningful the arrangement with Greenwood feels because of that—more than just a business deal. “I sat in Lee’s kitchen [to talk about the business], and I just remember having my aha moment,” he says. “Here I am so many years later after hearing that song, and knowing that song has always given me goosebumps. … It was just like, ‘Oh my gosh.’ … It’s meant to be.”

For Veterans, Distilling Is A New Way To Serve