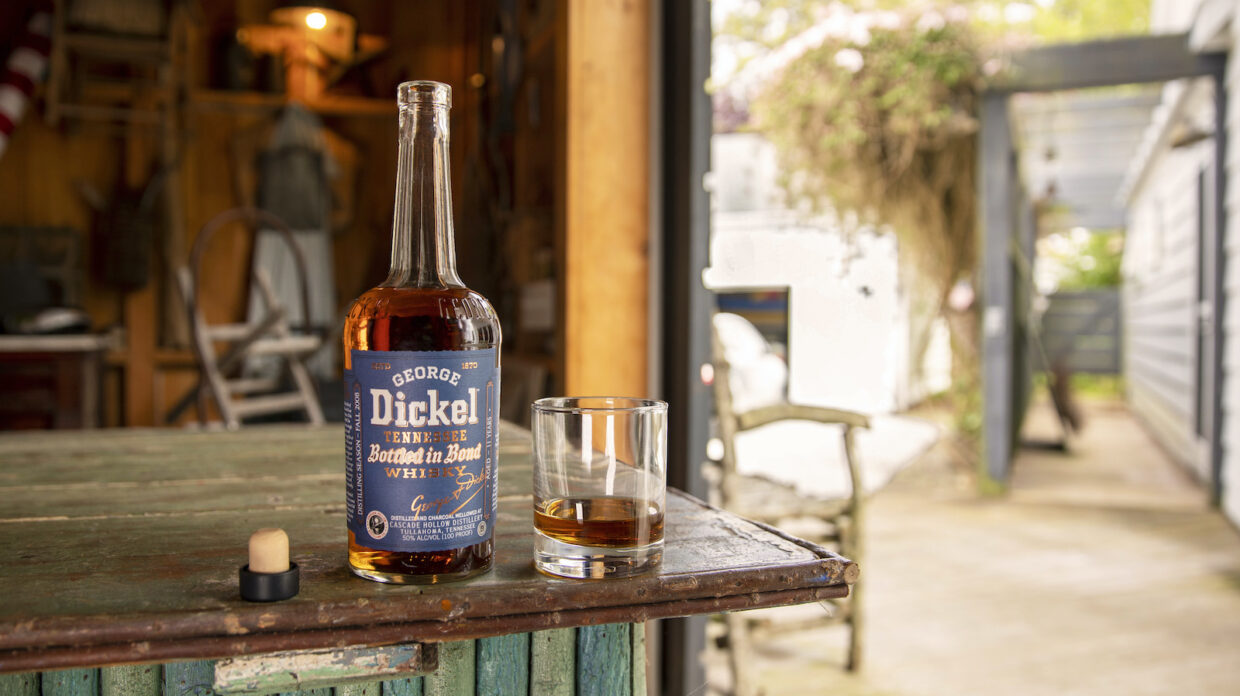 With the country facing two crises at once—COVID-19 and ongoing demonstrations against racism and police violence—whisky, too, is a part of the conversation. As states begin to reopen, distilleries are facing hard choices and added expenses in order to create safe spaces for visitors and staff. And as whisky companies are starting to reckon with the urgent need to employ and support a diverse workforce, a new nonprofit from the founder of Black Bourbon Society has emerged to help.

Amidst this landscape, whiskies are continuing to roll out. Though it’s not a new release, Jameson is offering a special on Black Barrel. Customers who purchase Jameson Black Barrel through ReserveBar from now until Father’s Day can get a custom message engraved on the bottle, free of charge.

Cascade Hollow Distilling Co. is releasing the 2020 batch of George Dickel Bottled in Bond, this time at 11 years old (distilled in 2008). I spoke with distiller and general manager Nicole Austin to get all the details of this whiskey, which follows up the release that Whisky Advocate named 2019 Whisky of the Year. It’s priced at $40 and available in limited amounts.

Cedar Ridge Distillery in Iowa has debuted The Quintessential, a new single malt. There are 3,000 bottles of Batch 1 available, priced at $60.

The second batch of cask-strength single malt from GlenAllachie Distillery is hitting shelves in the U.S. Priced at $90, there are 2,400 bottles available.

The Sam Houston brand has unveiled a 14 year old Kentucky straight bourbon. There are 6,000 bottles available, priced at $120.

Texas-based Devils River is adding a coffee-flavored bourbon to its lineup. The flavored whiskey is widely available, priced at $27.

And Denver-based Deviation Distilling is also releasing three coffee-flavored whiskeys, all priced at $32. The trio is available in Colorado for now, with expansion planned. 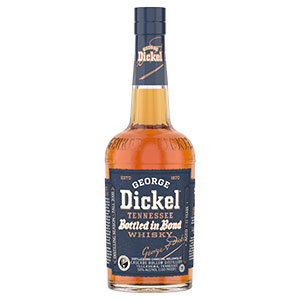 The follow-up to last year’s 13 year old Bottled in Bond—which we named Whisky of the Year—this 11 year old Tennessee whiskey was distilled in 2008. It shares flavor similarities with its predecessor but is described by distiller Nicole Austin as bigger and bolder in character.

I spoke with Nicole to learn more about this new whiskey and what it takes to follow up such a sensational debut—check out the full article. And tune in to Whisky Advocate’s Instagram Live at 3 pm today, when I’ll be chatting with Nicole, taking viewer questions, and tasting the 11 year old Bottled in Bond for the first time. 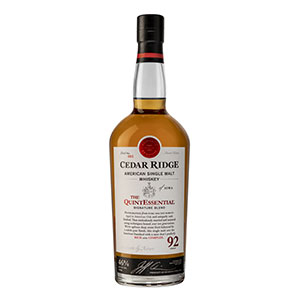 Made at Iowa’s Cedar Ridge Distillery, this single malt was distilled with two-row barley from Saskatchewan and aged first in Cedar Ridge’s own bourbon barrels, then finished in brandy, rum, wine, port, and sherry casks. The whisky selected for the final blend enjoys a final marrying period in a solera vat, which is never emptied more than halfway, ensuring a measure of consistency from batch to batch.

The whisky is for sale in select states as well as online through Roselle Park Wines & Spirits.

Cedar Ridge has released single malt whiskey before, but The Quintessential—a play on the name of the Quint family, which owns the distillery and its sister winery—is coming in with a higher ABV (46% versus 40%) and more sherry cask influence. Because they’re winemakers as well as distillers, the Quints are experienced at blending many different casks and flavor profiles to achieve greater complexity in the final whisky, even though it’s all 100% single malt.

Want to know more about the vibrant American single malt scene? Check out the feature in our Summer issue, which is hitting subscriber mailboxes now and on newsstands Tuesday, June 16! 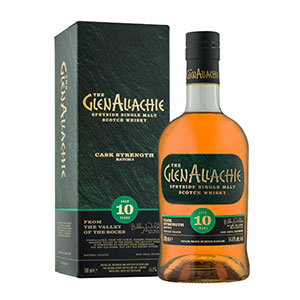 Matured in a combination of first-fill bourbon casks, Pedro Ximénez and oloroso sherry puncheons, and virgin oak casks, this whisky is bottled without chill filtering. It was previously available overseas and is just now hitting the U.S.

GlenAllachie Distillery was bought in 2017 by Billy Walker, the man behind the revivals of GlenDronach, BenRiach, and Glenglassaugh. As he did with those distilleries, Walker aims to raise GlenAllachie’s profile and expand availability of its single malt, which was previously used mainly in blends. So far, the whiskies are scoring well.

GlenAllachie has been in the U.S. for the last couple of years but has kept a low profile. The distillery recently switched importers to ImpEx, the company that brings in Kilchoman, and I expect the whiskies’ visibility and availability to greatly increase. This second batch of 10 year old Cask Strength, which was previously available overseas, is a first step. And Batch 3, currently on shelves abroad and anticipated to arrive here in the U.S. later this year (hopefully), will add to it. The rest of the core range—12, 15, 18, and 25 year old—are on shelves in 16 states and Washington, D.C., with nationwide expansion underway. 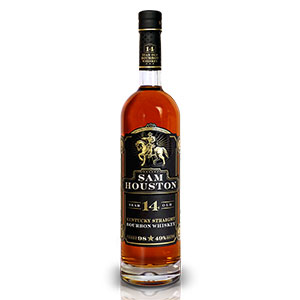 This straight bourbon was made with a mashbill of 74% corn, 18% rye, and 8% malted barley. Distilled and aged at an undisclosed distillery in Bardstown, Kentucky, it was bottled for Western Spirits Beverage Co. by Three Springs Bottling Co. The whiskey is non-chill filtered, and bottled in three-barrel batches.

Most bourbon distillers chill-filter their whiskey, though there are a few who opt not to do so. We talked to several distillers to understand the reasons for and against chill-filtering—a recommended read if you’re curious too. 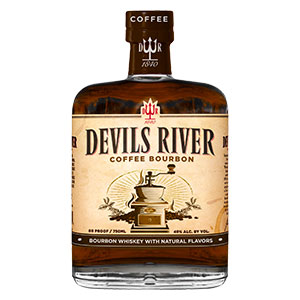 Not a whiskey, but a bourbon that’s infused with coffee beans and sweetened with agave nectar. The beans come from San Antonio Coffee Roasters, originally sourced from Colombia, Brazil, and Honduras. Devils River currently sources its whiskey, but will be opening its San Antonio distillery this summer. 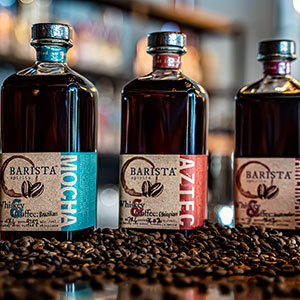 Made by Deviation Distilling in Denver, this trio of coffee-infused whiskeys includes:

While coffee-flavored liqueurs, like Kahlúa, have been around for a long time, whiskey-based coffee spirits are a new trend—though unsurprising, considering the popularity of the classic Irish Coffee. Most of these spirits aren’t sweetened, so although they fall into the category of flavored whiskey, they won’t closely resemble products like Fireball or Skrewball.

In fact, you may not even be able to detect the coffee influence if it’s subtle, as in FEW Cold Cut. When I blind-tasted it, I had no idea it was proofed with coffee; the flavors mingled pretty seamlessly with the bourbon, and it was at a normal whiskey proof of 46.5% ABV. This type of flavored whiskey may not be for everyone, but I liked it.