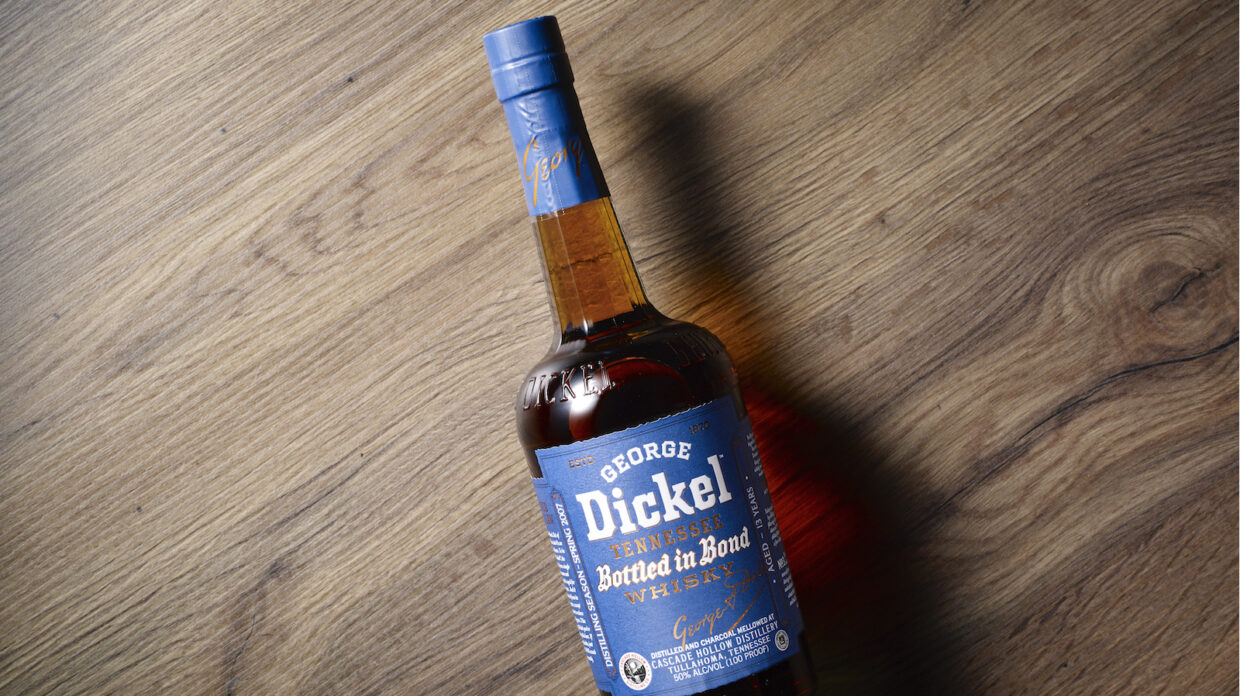 With its third iteration since 2019, George Dickel’s bottled in bond expression has evolved from its initial stellar appearance into an annual release.

When George Dickel Bottled in Bond rolled out in May of 2019, it was met with very little fanfare—despite a 13-year age statement and shockingly low $36 price. But that all changed a few months later when it became Whisky Advocate’s 2019 Whisky of the Year. The 13 year old expression was followed by a 2020 release at 11 years old that scored even higher than its predecessor—95 points. Now the pressure is on for Cascade Hollow head distiller and general manager Nicole Austin to maintain that momentum.

“I never expected to win Whisky of the Year—it somewhat outpaced my ability to deliver,” says Austin, adding that even with Cascade Hollow’s deep stocks, the rules of bottling in bond also make it difficult to meet high demand. Nevertheless, the 2021 release of George Dickel Bottled in Bond—distilled in spring 2007, aged 13 years—is the biggest batch yet. The whiskey’s price has risen slightly, to $45, but still represents remarkably good value.

Austin starts the process of creating George Dickel Bottled in Bond by blind-tasting multiple lots of 10 to 14 year old whiskeys. Once she has a few contenders, she must ensure there’s enough stock from that particular season to meet volume goals. “And the more components I can pull from, the more likely I’m going to get it to a place where it is complex enough,” she explains.

An Evolution Toward Consistency 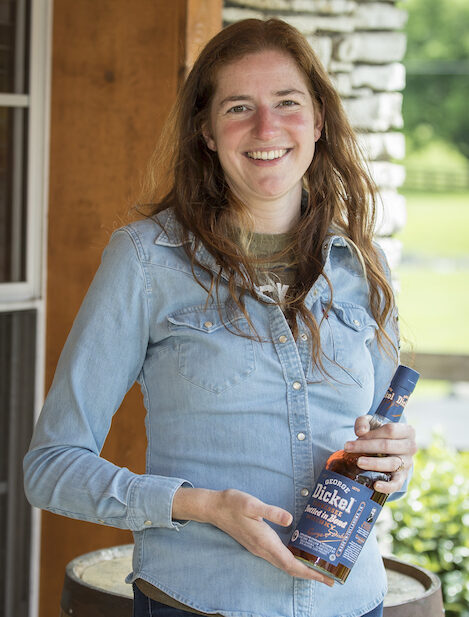 Head distiller Nicole Austin blind-tastes multiple lots to choose the components for George Dickel Bottled In Bond. She has now moved toward defining a house style for this expression, with only subtle differences between each release.

It’s purely by coincidence that this year’s bottling shares an age statement with the debut expression. But with George Dickel Bottled in Bond now in its third iteration, Austin is starting to think about how each release relates to the others—including future batches—and what characteristics they all share. It’s a progression from her process with the first and second editions. “[When] you’re comparing two things, it’s natural to emphasize what’s different,” she says. “My hope for Edition 3 and beyond is to start talking more about what they have in common—to start talking about our house style and our identity.”

Austin cites nut and fruit notes, balance, and approachability as the hallmarks she seeks with each batch, though all will have slight differences that underscore the uniqueness of their distilling season. She highlights the cherry and almond notes in this year’s release as being reminiscent of a Bakewell tart. “I think I’ve been watching too much of ‘The Great British Baking Show,’” she jokes.

Evolving from a couple of stellar appearances into an annual release aiming to meet the same benchmarks year after year has its challenges. “It’s hard to keep things consistent,” Austin says. “I’m not just going to dump everything we have in that season. I’m going to thoughtfully blend this for balance and quality.”

The subtle differences between the releases are, she says, just that—subtle—and focusing on them risks missing the forest for the trees. “I’m looking to replicate a particular flavor profile, and it’s not until you really get to nerd level 1,000 that you would start seeing the differences—no knocking that, it’s a happy place to be,” she says. “But sometimes in focusing on the minutiae, you can lose the main point.”

Whisky Advocate will review this new Dickel release soon, but what’s certain is that at $45, George Dickel Bottled In Bond remains one of whiskey’s great bargains. Extra-aged bottled in bond bourbons with similar scores have been far pricier—notably Old Fitzgerald’s bi-annual releases of 2019 and 2020, which were in the $90-$150 range. Old Fitz’s spring 2021 BIB release, an 8 year old, was pegged at $85—still nearly twice as high as Dickel’s latest offering.