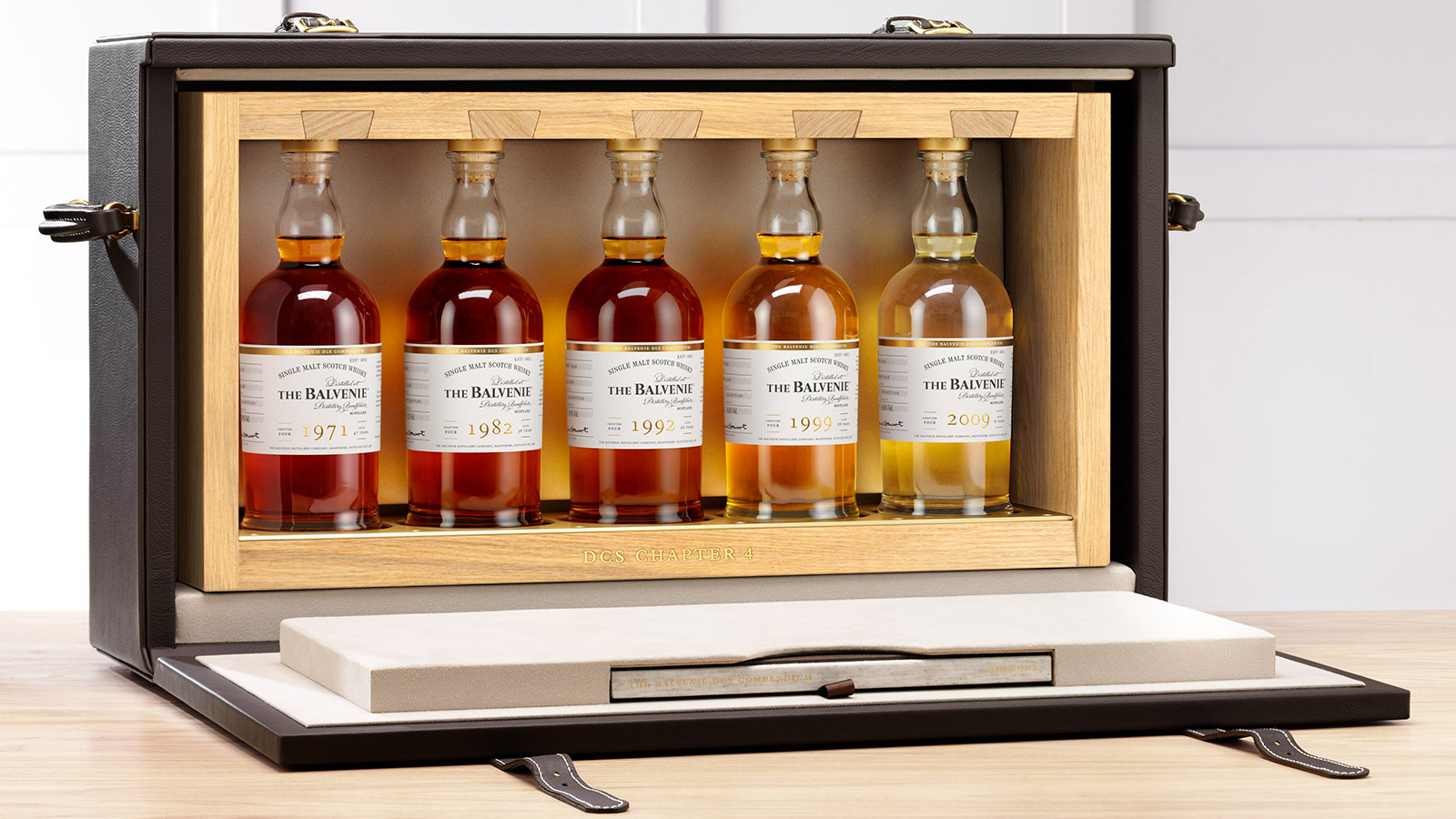 Where can you get ultra-rare whisky, a custom vintage-style roadster, and a trip to Scotland all in one? If you have the cash to lay down, then you’ll find this package at Christie’s auction house from September 25 through October 9. Valued at $150,000, the lot features the debut of Balvenie’s DCS Compendium Chapter Four, a bespoke Morgan V8 Roadster tricked out with Balvenie detailing on the interior, and an all-expenses trip to Balvenie Distillery in the heart of Speyside.

The Balvenie DCS Compendium Chapter Four is the second-to-last release in this series that celebrates the legacy of malt master David C. Stewart. This collection, one of just 50 available in the world, features five cask-strength, single-cask whiskies ranging in age from 9 to 47 years old:

Bidding will take place online during the auction term and will also be accepted in person at Christie’s.

If bourbon is more your thing than scotch, there’s a perfect auction for you too. Taking place on September 21 online and in person, “The Art of Bourbon” auction, hosted by the Speed Art Museum in Louisville, features some truly rare bottles. The lots include:

Several other bottles and experiences will also be available for bidding. If you can’t make it to Louisville in person, the auction will also be taking place online.