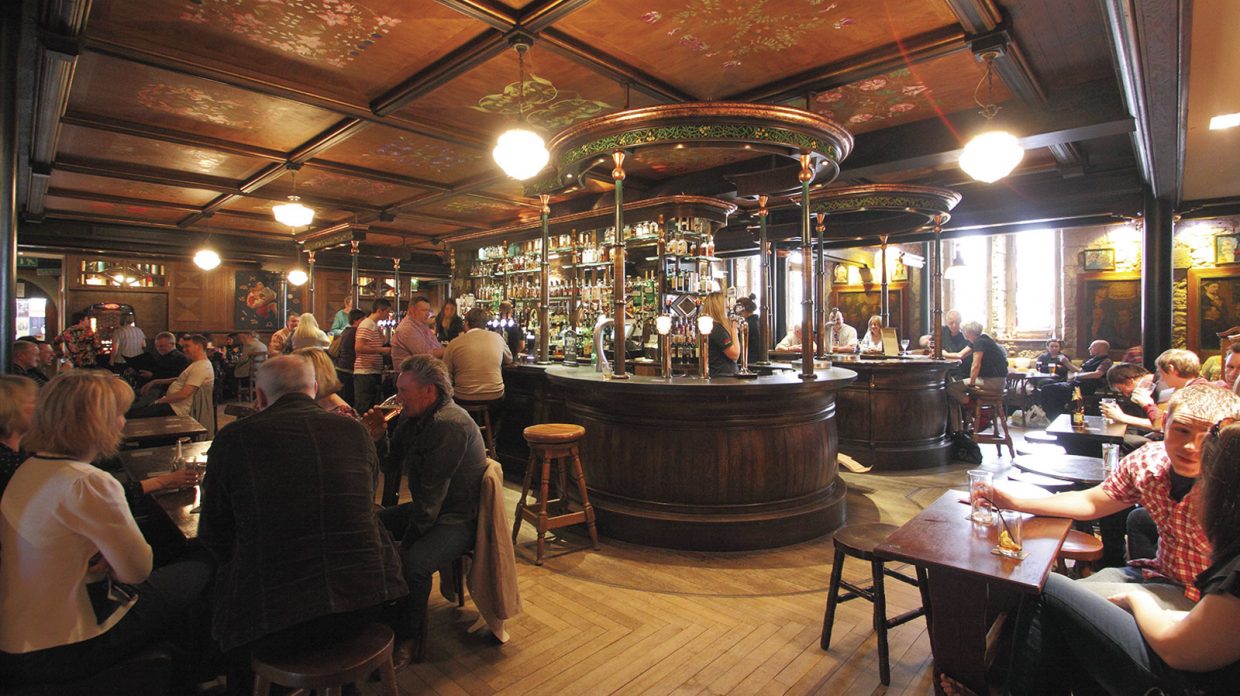 Located in a former church and part of an arts and entertainment venue, Òran Mór offers hundreds of whiskies.

Scotland’s largest metropolis suffers from second-city status in some circles, but where whisky is concerned, Glasgow makes as fine a destination as the capital to the east. Just as Edinburgh was a historic center of distilling, blending, bottling, and whisky exporting, so too was Glasgow, where names like Buchanan’s and Teacher’s based their extensive operations in the 19th and early 20th centuries. Today, The Clydeside Distillery is pumping new life (truly—it’s located in a former pump house) into the local industry, churning out spirit that will eventually mature into whisky. Nearby, Glasgow Whisky Co. is distilling whisky and gins; though it isn’t open for tours, its flagship 1770 single malt is available for purchase, with peated and triple-distilled variants coming later this year. Independent bottler Douglas Laing & Co. is based in Glasgow and planning to open Clutha Distillery in late 2020.

Drinking in Glasgow is a rich experience, especially at whisky-heavy bars like Bon Accord and The Pot Still. Both venues boast hundreds of bottles and laid-back atmospheres—just right for a long dramming session. The upscale Òran Mór Whisky Bar is the center of an arts and entertainment venue located in a former church, an apt place for spirits, holy or otherwise. Bottle-seekers should pay a visit to The Good Spirits Co. on Bath Street to peruse its vast selection of whiskies. The city hosts a number of annual tasting events, including Glasgow’s Whisky Festival in November and The Whisky Exchange’s Old & Rare Show in February, featuring hundreds of vintage and antique bottlings.

Bon Accord Pub
Home to a number of whisky societies and with its own online shop, it also offers a full food menu along with its 400+ bottles.

The Clydeside Distillery
Though its whisky is currently maturing, you can tour the distillery and taste its new-make in the visitor center.

The Good Spirits Co.
A specialist shop with many hard-to-find and exclusive whiskies, it also offers tasting events and cocktail classes.

Òran Mór
Few spots offer a more dramatic place to enjoy a dram—literally, as the venue offers a schedule of theater, comedy, and live music throughout the year.

The Pot Still
Open since the 1880s, this is a true locals’ watering hole with over 700 whiskies and delicious homemade pies.