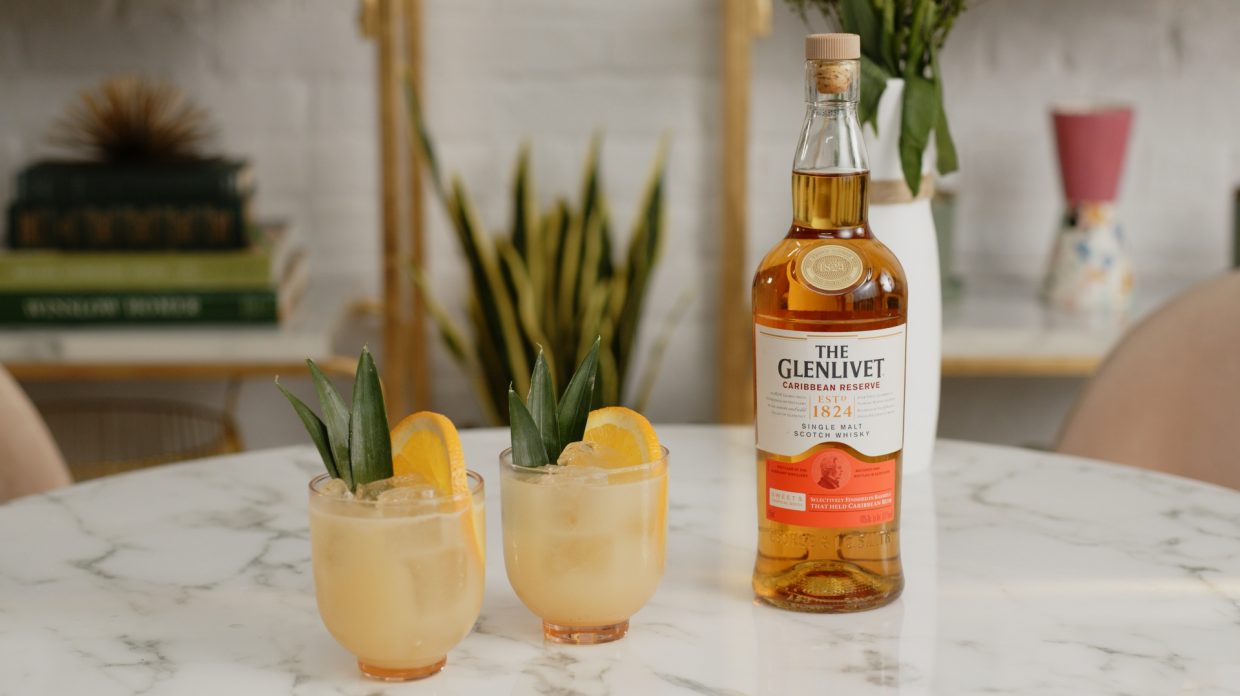 The latest issue of Whisky Advocate hit newsstands this week, and it includes over 100 new whisky reviews. Check it out and let us know what you think! We look forward to adding reviews for this week’s newest whiskies to the Buying Guide soon.

Buffalo Trace’s newest experimental whiskey—a 12 year old bourbon that was proofed down mid-maturation—is available in very limited amounts, priced at $47 for a 375 ml.

New Riff is releasing a very unusual bourbon and rye line called Backsetter. Both bottled in bond whiskeys are made with backset that came from a distillation of peated malted barley. There are roughly 2,250 bottles of each style available, priced at $50.

Abasolo corn whisky from Mexico is making its debut. The 100% corn whisky is priced at $40 and available in seven states. 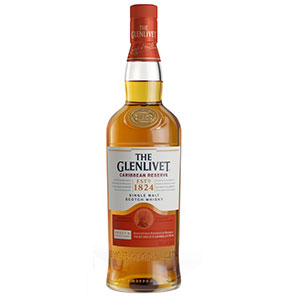 This non-age statement single malt is “selectively finished” in Caribbean rum barrels. That means a portion of the liquid that went into the final mix was rum cask-finished, but not the final whisky.

Finishing whisky in rum casks isn’t a new trend, but it may be picking up speed. Dewar’s launched the Caribbean Smooth blend last fall, while Redemption recently debuted a rye finished in Plantation rum barrels. Just last week we shared the news that Four Gate’s newest bourbon includes a partial rum cask finish. And last summer Basil Hayden’s rolled out Caribbean Reserve rye—technically not finished in rum, but with added rum. There are plenty of other great rum cask whiskies, and this Glenlivet adds one more option for when you’ve got a sweet tooth.

Glenlivet is recommending this whisky for use in cocktails like a Mai Tai variation (pictured above); the recipe can be found on the brand’s website. 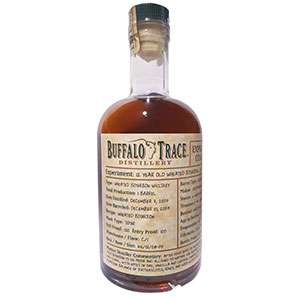 The newest experimental release from Buffalo Trace is a wheated bourbon that went into the barrel at 57% ABV, aged normally for 4 years, then was cut (proofed down with water) to 50% ABV and put back in the barrel for an additional 8 years before bottling at the final ABV of 45%.

Like all of Buffalo Trace’s experimental releases, this bourbon is extremely limited; in this case, a single barrel was bottled, so even in the 375 ml, that’s a few hundred bottles at most. Good luck tracking one down! 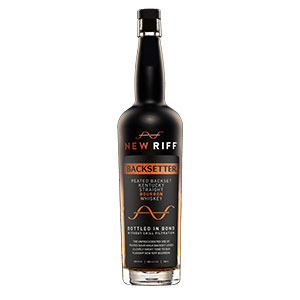 Using a mashbill of 65% corn, 30% rye, and 5% malted barley, this bourbon was made, like all sour mash whiskeys, using a portion of backset—a liquid strained from the mash after distillation. In this case, the backset came from a previous distillation of peated malted barley.

Like the bourbon, this 95% rye was made with a backset from a distillation of peated malted barley.

Using backset in fermentation—a so-called “sour mash”—is a common practice among American whiskey distillers. But few, if any, have done what New Riff did here, which is to add backset from a completely different style—in this case, a 100% malt whiskey—to its normal bourbon and rye mashes. Add in the fact that the malt was peated, and that puts these Backsetter whiskeys into a class all their own.

And as for the distillation that the peated malt backset came from? New Riff co-founder and chief blender Jay Erisman says there is, indeed, a 100% peated malted barley whiskey aging in the distillery’s warehouses, awaiting a presumed eventual release. 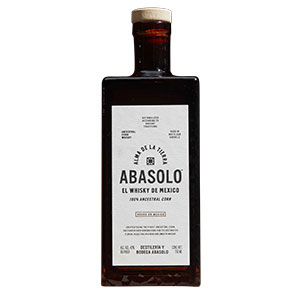 Made in Jilotepec de Molina Enríquez, Mexico, this whisky is distilled from cacahuazintle corn which has undergone nixtamalization—a process that increases the corn’s nutritional value and enhances aroma and flavor, among other effects. (Masa that’s used to make tortillas is always nixtamalized.) The 100% corn mash is double-distilled and the spirit is aged in new toasted and used oak casks.

This is the third whisky from Mexico made using heritage corn, following Sierra Norte, with its rainbow of corn colors, and Pierde Almas. As is the case with the other two, Abasolo’s master distiller is originally a mezcalero—Iván Saldaña, the master distiller of Montelobos.

From now until Aug. 1, Abasolo is donating 100% of its profits to Another Round, Another Rally, a nonprofit that supports hospitality workers. 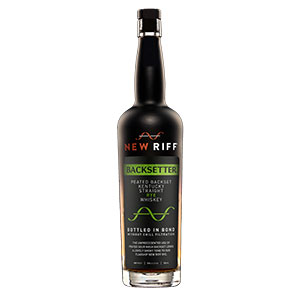 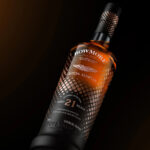 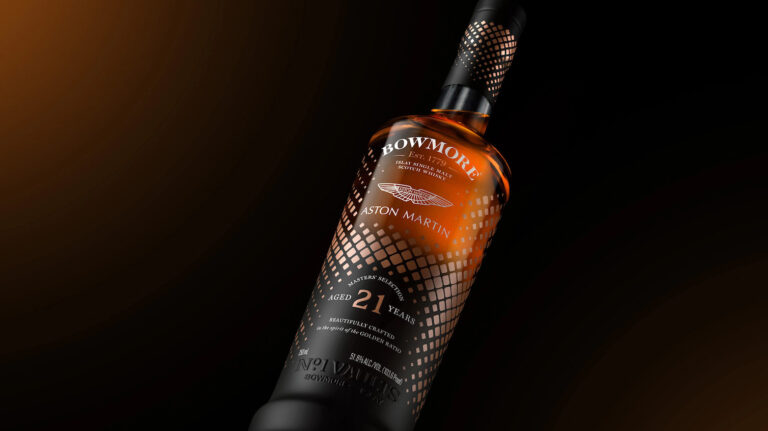 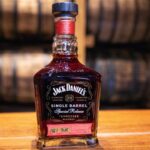 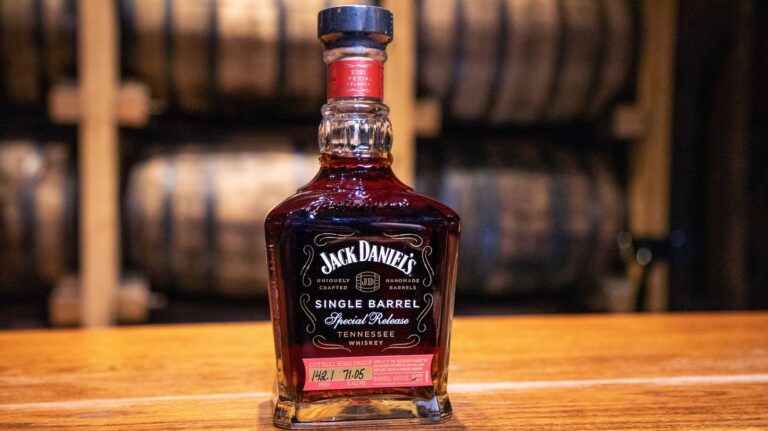 Plus, the 10th release of Angel’s Envy Cask Strength and a collaboration between George Dickel and Leopold Bros.