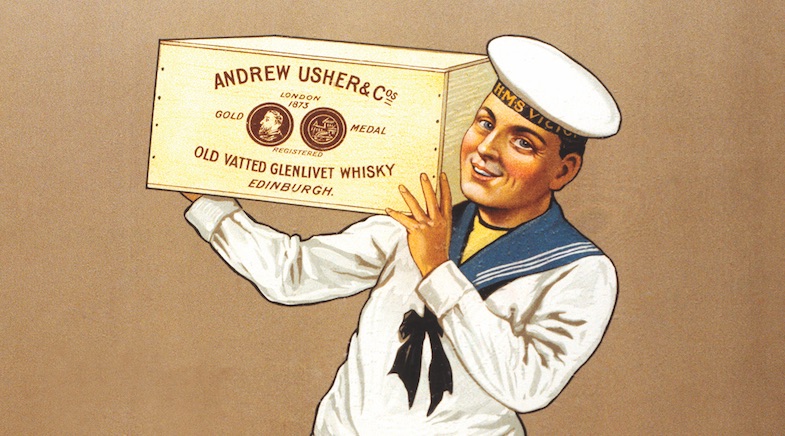 Glenlivet's single malt has been a popular component of blends since the 19th century, as this vintage ad shows. (Photo by travelib/Alamy)

Scotland’s whisky regions—Highlands, Lowlands, Speyside, Islay, and Campbeltown—are set into law, but their influence on the flavor of single malt is up for debate. Nevertheless, there are certain characteristics commonly attributed to one region or another. For Speyside, the standard notes include honey, sherry, and fruit, with a rich and full elegance; the region is often held up as the pinnacle of scotch whisky.

The “Speyside style” of scotch can be traced in large part to one distillery: Glenlivet. Founded by George Smith in 1824 in Drumin, the distillery rose to prominence first on the basis of its single malt and later as the main malt in the Old Vatted Glenlivet blend. “Glenlivet” was used not only by Smith but by many distilleries in the area now known as Speyside (and sometimes further afield) to describe their whisky’s origins and—by extension, thanks to the popularity of Smith’s Glenlivet—quality. Smith’s son won the trademark to “The Glenlivet” in 1884, but rival distillers were allowed to add “Glenlivet” after their name on the label (e.g. Glen Moray-Glenlivet), a practice that persisted for well over a century. The name “Glenlivet” became recognizable shorthand for a certain style of single malt.

Glenlivet’s single malt as we know it is estery, fruity, and floral—flavors that are consistently assigned to the “Speyside style” by both whisky makers and drinkers today. Was Glenlivet Distillery the first to make whisky that tasted like this? No one can say—but its marketing success, popularity, and many imitators mean that it has come to be synonymous with Speyside’s regional character.