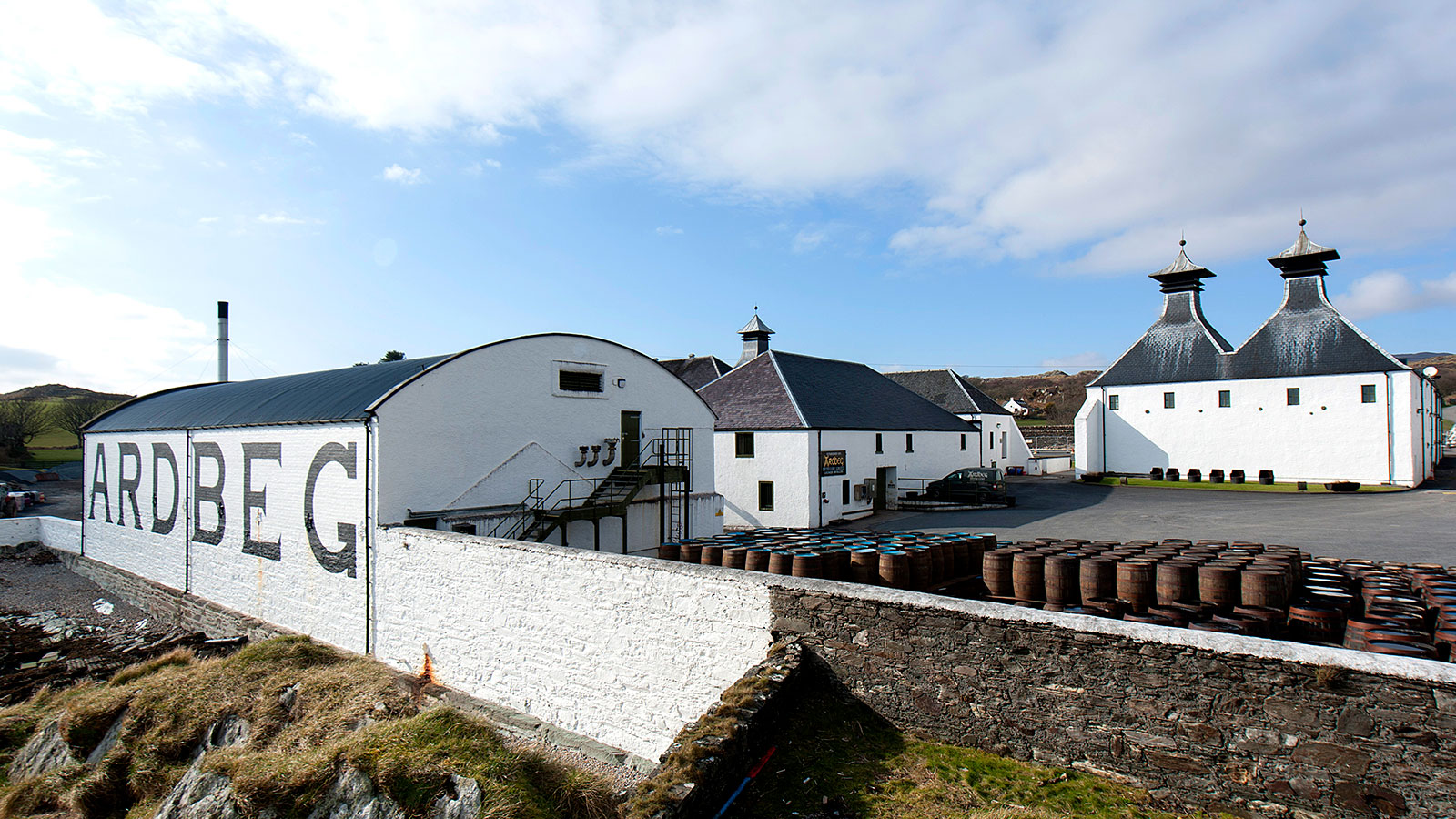 Two new stills at Ardbeg will bring the distillery's total to four. (Photo by Martin Hunter)

The future promises more Glenmorangie and less begging for Ardbeg, thanks to plans by The Glenmorangie Company and parent company Moët Hennessy to expand production of the popular single malts through investment in growing the facilities.

Plans for Ardbeg include a new, larger still house on the existing site with the addition of two stills, bringing the Islay distillery to a total of four stills, effectively doubling its capacity. Glenmorangie Distillery will add two stills—one wash still and one spirit still—in a new structure adjacent to the existing still house. Scaling up production at Glenmorangie will also require additional mashing and fermentation facilities, to be accommodated by renovating an existing building. Both projects are slated for completion by 2019.

Whisky lovers will be watching carefully for any change in the character of the distinctive single malts, and Moët Hennessy is committed to maintaining consistency throughout their growth. It’s not an entirely new undertaking, as Glenmorangie added stills as recently as 2009. “The most important aspects of these developments are that it will be the same skilled distillers at our sites who will continue to operate the new equipment in crafting our single malt Scotch whiskies,” says Brendan McCarron, head of maturing whisky stocks for The Glenmorangie Company.

In addition, careful attention is being paid to replicate the unique stills at each site, including Glenmorangie’s, which are notable as the tallest in Scotland, standing more than 16 feet tall at the neck. “The stills that we are installing will be built to the exact same specifications as the stills that are currently located at each site,” says McCarron. “All the additional equipment is built so that it functions as well and to the same exacting standards as the existing equipment. So, once the work at both distilleries is completed, the spirit coming off will be just as consistent as it was before, notwithstanding that this is a natural product created with three ingredients so there is always an element of beautiful randomness to our spirit.” As the existing Ardbeg stills are being relocated, special care is being taken to to avoid disrupting production, he adds.

The expansions are necessary not only to fuel growth and supply new expressions, but also to satisfy existing demand. With so many whisky drinkers possessing a passion for peated malts, Ardbeg—which resumed full-scale production in 1997 after several years of intermittent distilling—has more than doubled sales in the U.S. over the last five years to reach 20,000 cases annually, according to spirits research publication Impact Databank. Meanwhile, Glenmorangie is ranked as the number 4 single malt scotch brand in the U.S. market, growing over 6% in 2016. “These developments will enable us to ensure our core range is available for our many fans, while we continue to experiment and innovate and release special one off expressions when we believe they are perfect,” adds McCarron.