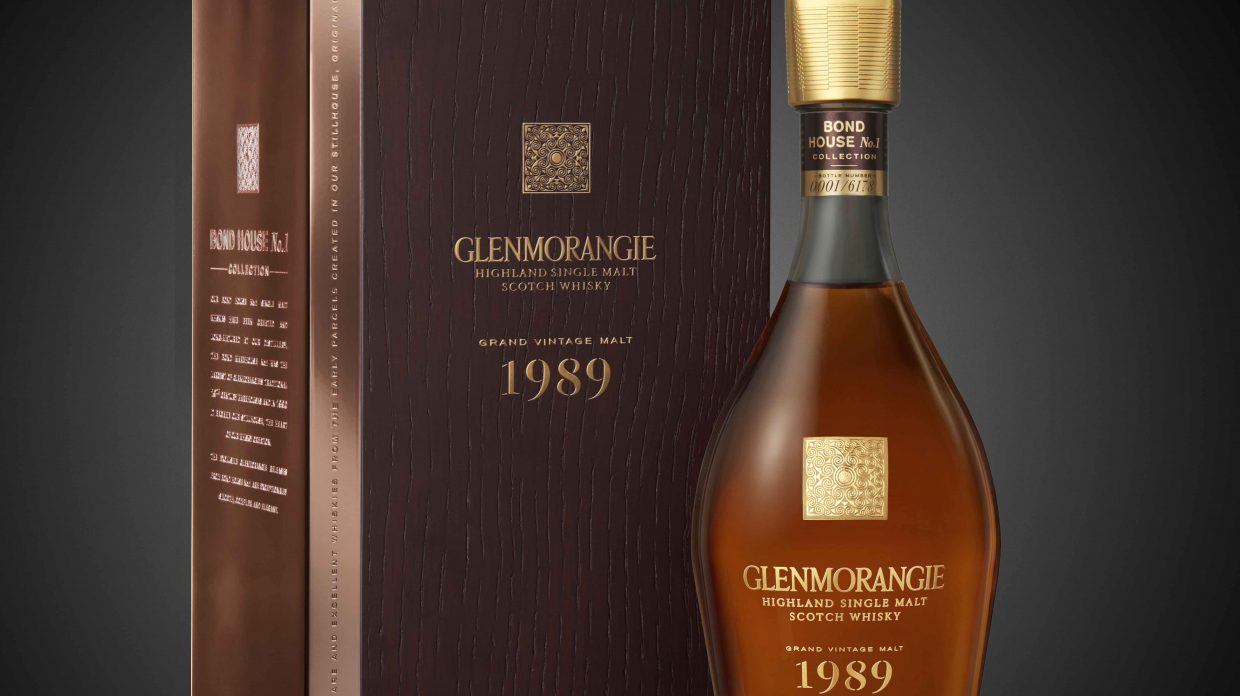 This week brings new whisky for lovers of scotch, bourbon, and practical jokes.

First up, Glenmorangie has released the second whisky in its Bond House No. 1 Vintage collection. Distilled in 1989, the single malt includes about 25% whisky finished in Côte-Rôtie wine casks. Like last year’s release, the 1990 vintage, this whisky is available in limited quantities—just 6,178 bottles. It costs $665—not a bad price for a 27 year old scotch.

Buffalo Trace is coming out with several new bourbons—but good luck getting your hands on them. W.L. Weller CYPB is the result of many thousands of whiskey fans designing their ideal bourbon on the “Craft Your Perfect Bourbon” website. The whiskey is 8 years old, made with a wheated mashbill, and bottled at 47.5% ABV. It will be released once a year in limited amounts, starting this summer, for $40.

In addition, Buffalo Trace has three single barrel bourbons hitting the market, each available in extremely limited quantities. Bottled under the O.F.C. (“Old Fashioned Copper”) label, the bourbons are vintage dated—1985, 1989, and 1990. The release follows up on single-barrel O.F.C. bottles that Buffalo Trace donated to charities for fundraising purposes back in 2016, but differs in that these whiskeys will be for sale at retail—for $2,500 each.

The Famous Grouse‘s Naked Grouse whisky—formerly a blended scotch matured in sherry casks—has undergone a transformation and is now a blended malt, still matured in sherry. While currently available only in Colorado, Minnesota, and Pennsylvania, parent company Edrington has indicated that expanded distribution is planned.

Westland Distillery has unveiled a joke whiskey—except that it’s actually for real. Sport Dram comes in three different “colors” but contains the same liquid in each bottle, a high-proof, partly-peated single malt. It is actually for sale at the Seattle distillery for $100 while supplies last.

Finally, GlenAllachie Distillery in Speyside is releasing its first official batch of single malts, all single-cask bottlings, in celebration of its 50th anniversary this year. The whiskies date from between 1978 and 1991 and are available in 500-ml. bottles in markets outside the U.S. But if you’re an American eager to get your hands on some GlenAllachie, don’t despair—the distillery will debut its core line in June, and those whiskies will be for sale stateside. Read on for full details. 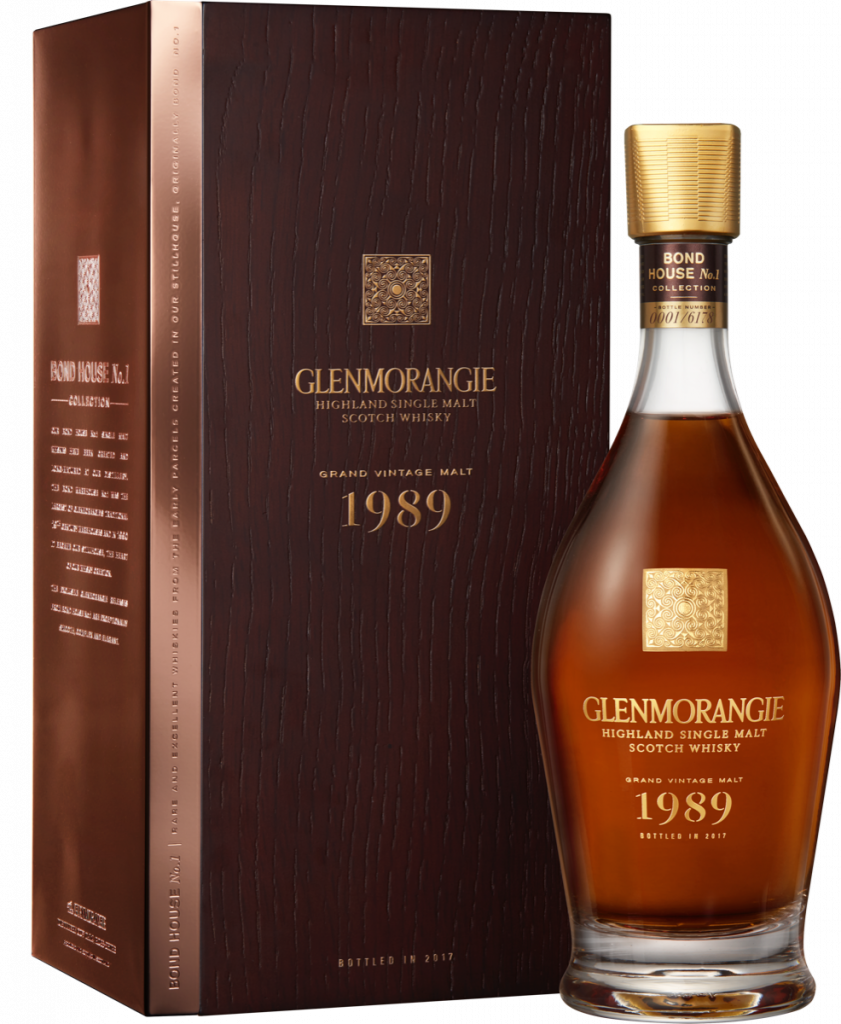 The second release in Glenmorangie’s Bond House No. 1 Vintage series, Grand Vintage Malt 1989 is a full 27 years old. It was initially matured in ex-bourbon barrels, then some of it was finished in oloroso sherry casks while about a quarter underwent finishing in Côte-Rôtie wine casks. (Côte-Rôtie is a French red wine made of Syrah and usually some amount of Viognier.)

The first release in the Bond House No. 1 Collection, Grand Vintage Malt 1990, came out in February 2017 and scored 92 points. The use of Côte-Rôtie (“roasted slopes”) casks is unusual, but not surprising for a distillery that’s known for its cask innovation. 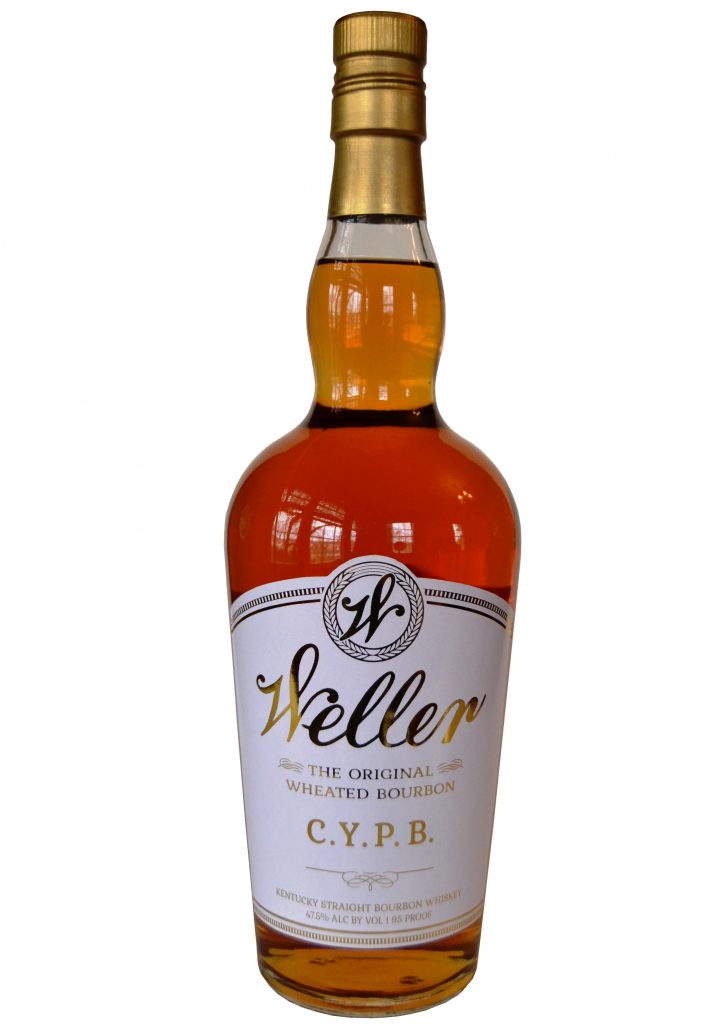 In 2015, Buffalo Trace launched the “Craft Your Perfect Bourbon” campaign, asking drinkers to design their own custom bourbon by choosing characteristics like mashbill, proof, age, and warehouse location. The company discovered that many people prefer a wheated bourbon mashbill, aged for 8 years and bottled between 90 and 99 proof. In response, Buffalo Trace is releasing a limited edition in its W.L. Weller line called “CYPB” (guess what it stands for), bottled after 8 years at 95 proof. Only one batch per year will be released, starting this summer.

Although once common finds on the shelf, Weller bourbons—which famously use the same mashbill as the Van Winkle range—have become increasingly hot commodities among whiskey lovers. Expect this expression to be no different, especially as it will be available only once a year. Can’t get your hands on a bottle? Here are some alternatives you might want to try. 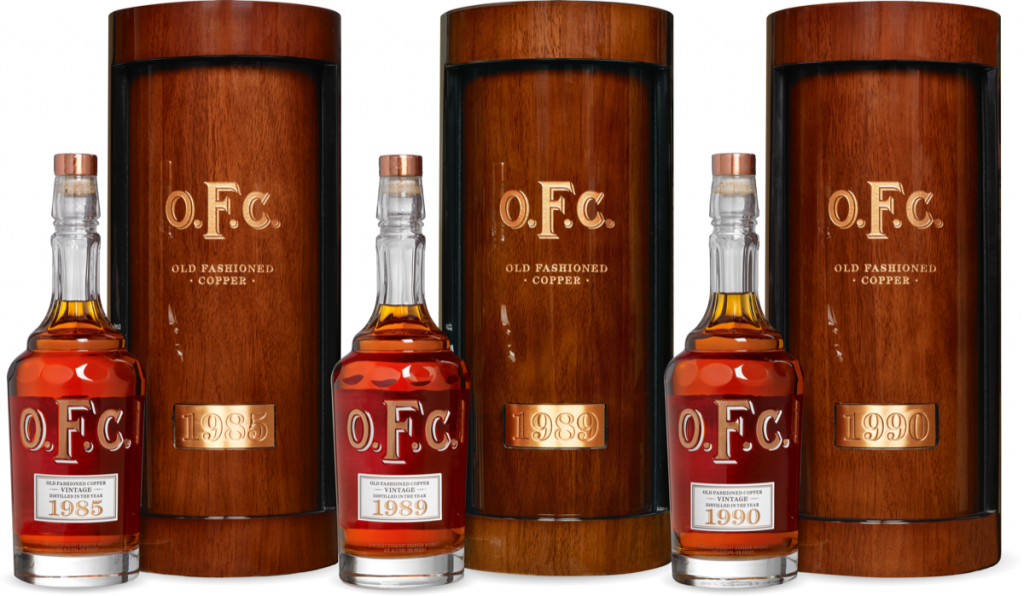 In addition to CYPB, Buffalo Trace Distillery is releasing three single-barrel bourbons under the O.F.C. label (the distillery’s former name). Rather than age statements, they bear vintage dates (the year they were made)—1985, 1989, and 1990. Each comes packaged in a crystal bottle and wooden display box, selling for $2,500. 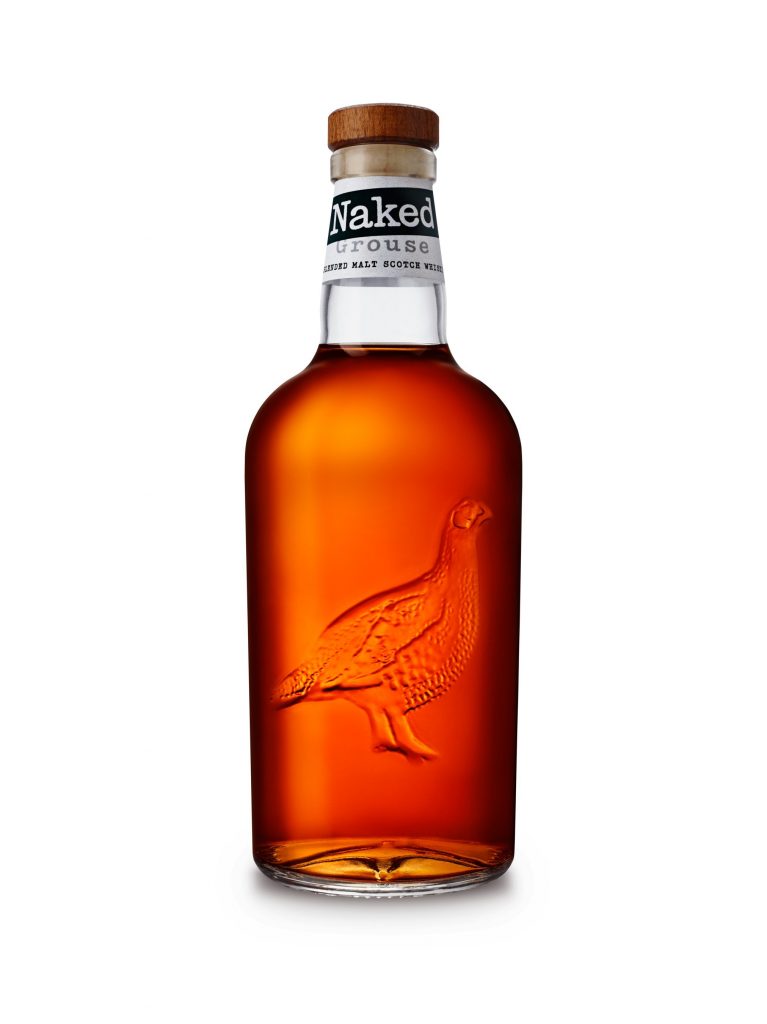 Originally a line extension of The Famous Grouse blended scotch brand, The Naked Grouse has been relaunched as a blended malt. (News of the relaunch first broke last summer, but it is just now becoming widely available in the U.S.) The blend includes malts from Macallan, Highland Park, Glenrothes, and Glenturret, all matured in first-fill oloroso sherry casks.

If you were previously a fan of the Naked Grouse, this change in recipe may come as a surprise—hopefully a pleasant one. Changing the blend to all-malt, rather than a combination of malt and grain whiskies, should yield a richer, more robust flavor profile. If you are a fan of blended malts like Monkey Shoulder and Copper Dog, Naked Grouse falls right into the same camp. 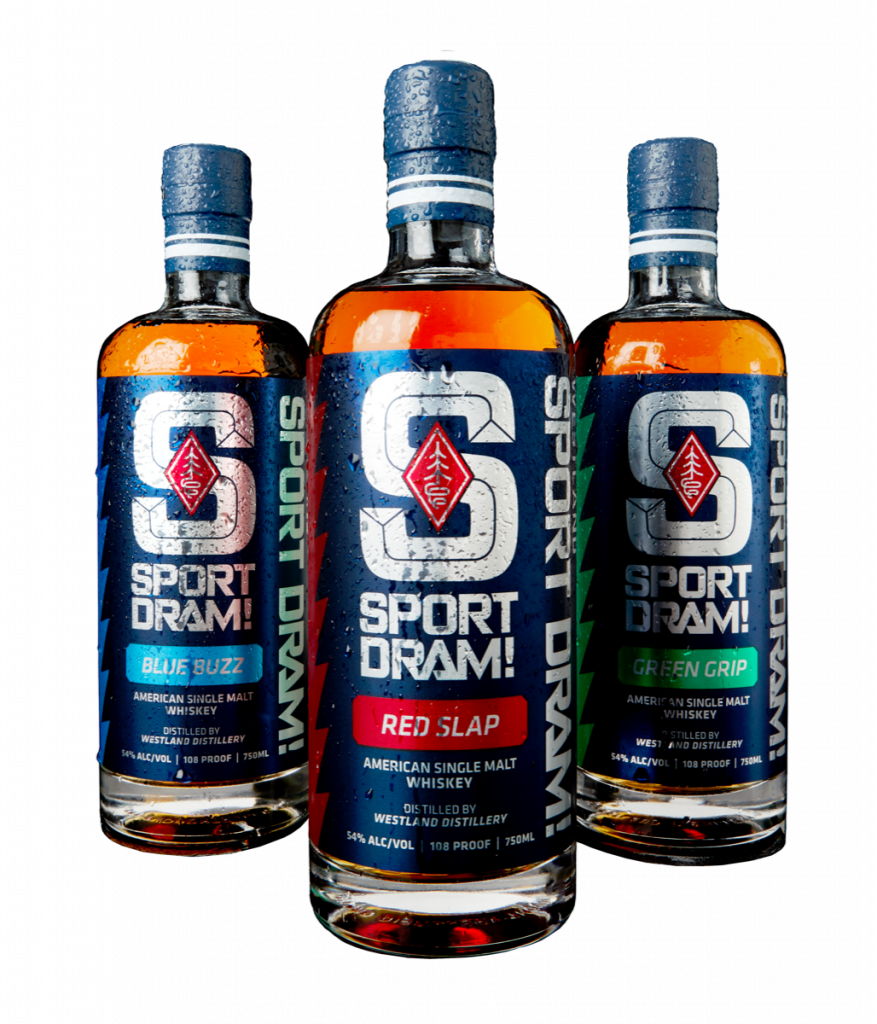 Westland Distillery has launched an April Fool’s whiskey—only it’s not actually a joke. Sport Dram—which comes in Red Slam, Blue Buzz, and Green Grip variations, although it’s all the same whiskey in the bootle—is a special single malt, different from Westland’s core range, and includes some peated whiskey in the mix.

There’s nothing like a distillery with a great sense of humor, and Westland knows how to elicit a chuckle. Last year, master distiller Matt Hofmann appeared in a video about BoldSmooth, a whiskey that was “quadruple-distilled, quadruple-matured, quadruple-filtered, and quadruple reserved.” This year, the spoof whiskey is Sport Dram, for sale at the distillery while supplies last. At 54% ABV and with some peat, it sounds like it tastes pretty good. If you get the chance to buy a bottle, let us know what you think. “Klench the Kwench!”

GlenAllachie Distillery—which was recently acquired by scotch industry veteran Billy Walker, who formerly led BenRiach, GlenDronach, and Glenglassaugh before Brown-Forman purchased them—is releasing its first single malts. The six cask-strength, single-cask bottlings (all 500-ml.) are each vintage-dated from 1978 to 1991 and have been released in celebration of GlenAllachie’s half-century birthday. They’ll be available in the UK (720 bottles), Taiwan (425 bottles), and in other global markets starting this month.

GlenAllachie has occasionally popped up as an independently bottled single malt, but for most of its 50-year lifespan, it has been used as a blending component. Now that it’s under new ownership, the plans for the distillery include both blends and single malts, with a core line of single malts launching in June. While these single cask bottlings are only available overseas, the core whiskies will be for sale in the U.S. Whisky Advocate will have all the details soon!