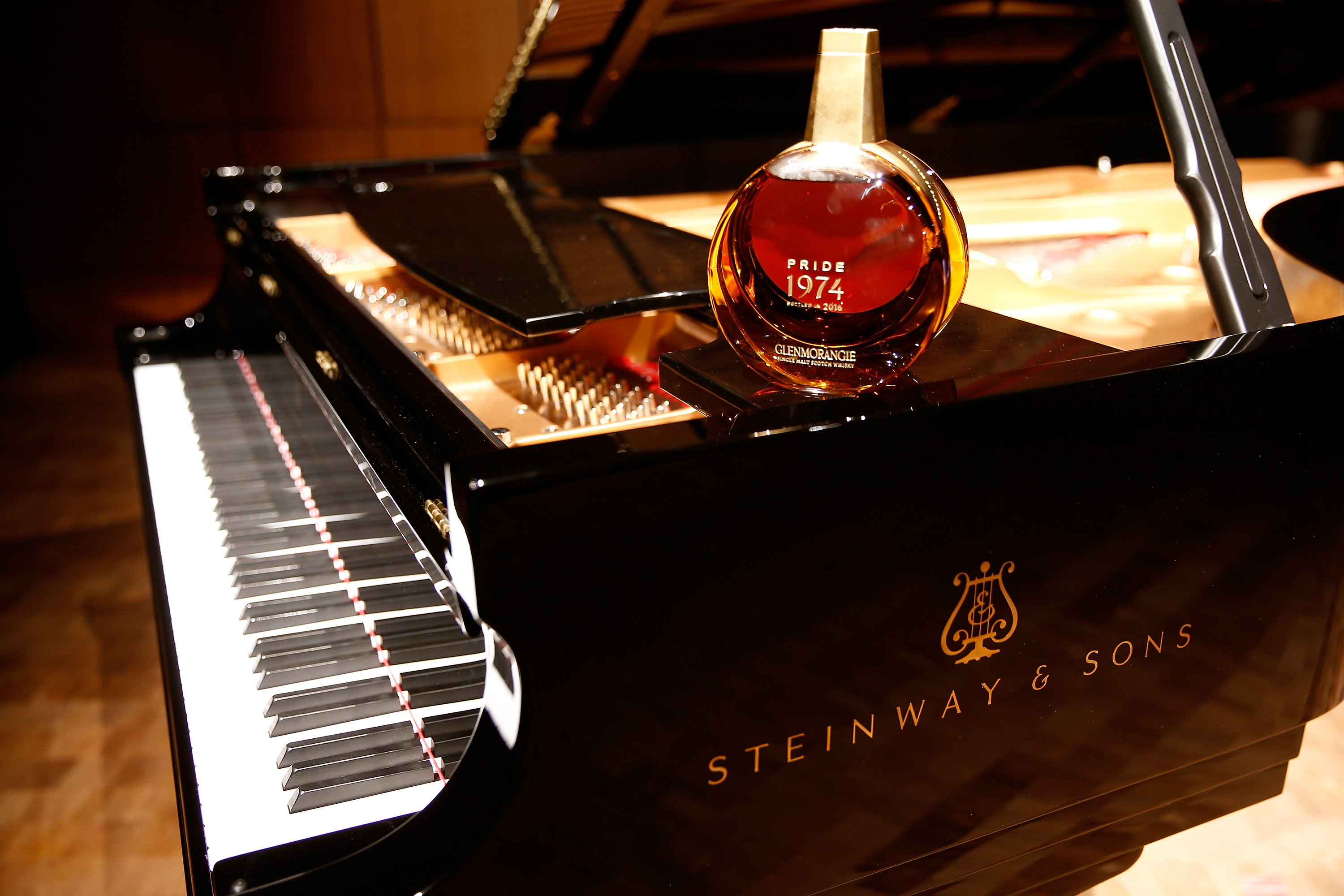 Glenmorangie Pride 1974 launched in New York City on March 23rd with the debut of "Echoes of the Glen of Tranquility" by Aaron Diehl. (Photo by Brian Ach/Getty Images for Glenmorangie)

How many senses do you use when drinking whisky? You might look at the color, give a good sniff to pick up the aromas, and—of course—you taste it. Now there’s a whisky you can hear. Sort of.

In partnership with legendary piano makers Steinway & Sons, Glenmorangie commissioned an original composition from jazz artist Aaron Diehl to accompany its newest release, Glenmorangie Pride 1974. Diehl composed “Echoes of the Glen of Tranquility” after visiting the distillery and learning about the whisky-making process from Dr. Bill Lumsden, the brand’s director of distilling, whisky creation, and whisky stocks. Comprised of four movements, the piece explores the whisky’s creation and character. You can listen to it here.

Glenmorangie launched Pride 1974 on March 23rd at Steinway & Sons in New York City, where Diehl debuted his composition and Lumsden led guided tastings of the whisky. Pride 1974 follows the 1978 and 1981 releases in the series and is the oldest Glenmorangie ever released to date. It comes from two casks laid down on October 30th, 1974—one ex-bourbon and one ex-Oloroso sherry, both second-fill. Bottled at 52% ABV and priced at $9,050, there are only 503 crystal decanters available.

For those without the cash to buy this exclusive dram for themselves, rest assured—the music sounds great even with a glass of Glenmorangie Original.