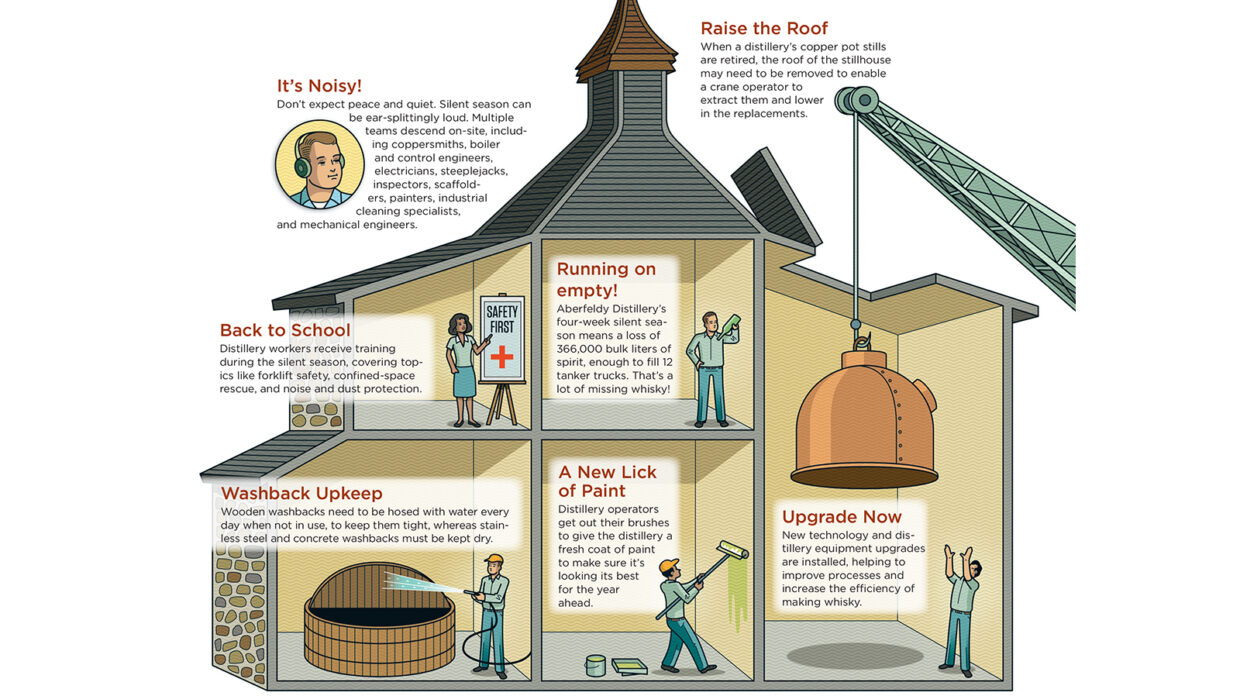 Distilleries schedule a shutdown or "silent season" each year to perform maintenance, clean, upgrade equipment, and address other facility and training needs. (Illustration by Peter and Maria Hoey)

Distilleries cannot run year round. Prior to World War II, distilling’s silent season started in late May and could last as long as last three or four months. Before scientific advancements and technology revolutionized farming in the post-war years, whisky making was tied more to the agricultural calendar than it is now. Barley prices would climb as summer approached, when supplies ran low from the last harvest, and the remnants of the previous year’s peat became too dry and affected the smokiness of the malt. Germination was also harder to control in the warm, airy floor maltings, which impacted fermentation, and spells of hot weather taxed the reliability of the plentiful water supplies needed for cooling, cleaning, and condensing the vapor into spirit after distillation. Instead of making whisky, distillery workers would disperse to farms to gather the harvest and head to the bogs to cut fresh slabs of peat to stack in the fields.

The modern silent season requires a shutdown of production for just three to four weeks each year to enable vital inspections, maintenance, and repairs. In addition to keeping the distillery in good working order, this is when new equipment is installed, replacing well-worn machinery after decades of service. Don’t postpone a distillery visit just because it’s silent season: From inspecting the floor of a mash tun to peering deep inside a copper pot still, you may get closer to the action than ever before.