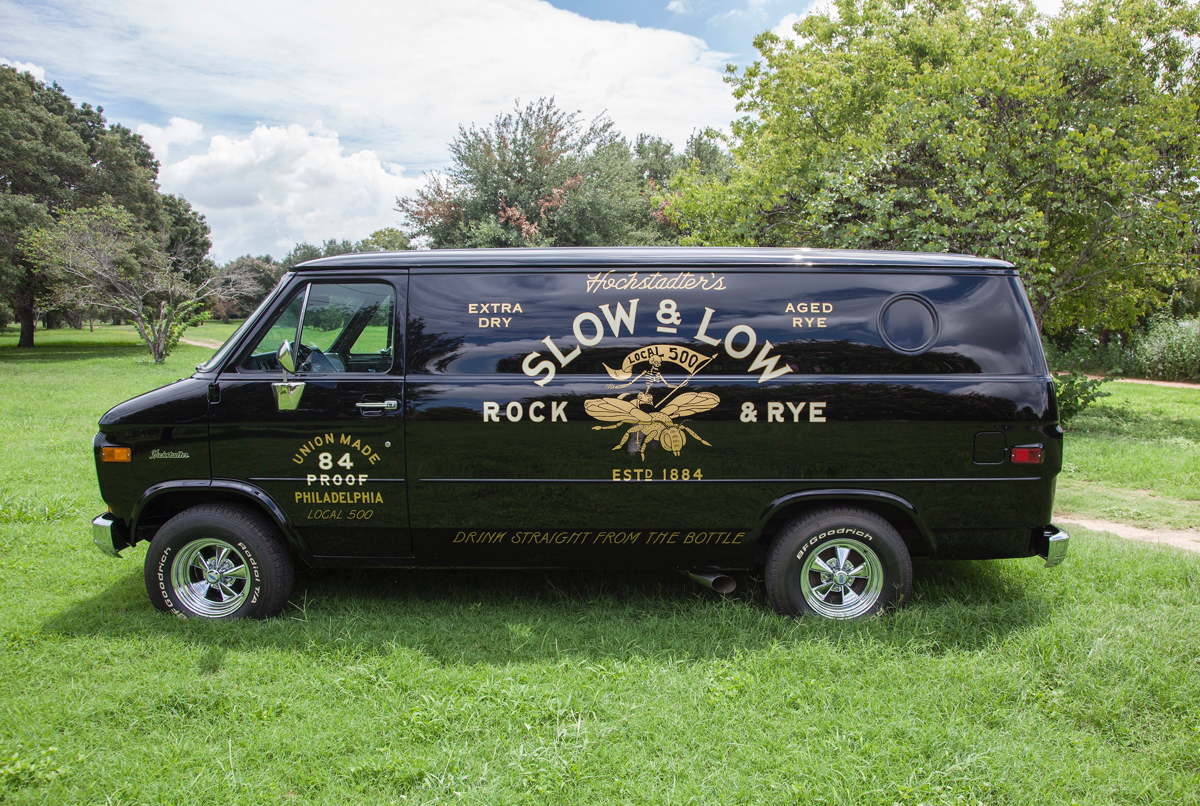 Hochstadter's customized this van for its nationwide tour.

Hochstadter’s Slow & Low Rock and Rye is traveling the country this summer in a rolling cocktail lounge. The “Whiskey Delivery Van” is a 1978 Chevy G20 that’s been customized on the inside with a walnut bar, leather bench seating, orange tufted paneling, and a sound system. The interior also features artwork from Oil&Ink, an exhibition that celebrates motorcycle culture. Leading the nationwide road trip is photographer Asher Moss, who will be chronicling the journey via @drinkslowandlow and displaying his own photographs at pop-up galleries along the way.

The tour kicked off in late April at the Handbuilt Motorcycle Show in Austin, Texas. The van will be roaming the country and appearing at events like the Bacon and Beer Classic in Denver; the Official Drink of Austin; Taste of the Nation in Boston; Jersey City Eats; and Tales of the Cocktail in New Orleans. It’s also hosting its own pop-up events that feature Oil&Ink prints, photographs, and paintings, and accompanying exhibitions of Moss’ photographs at stops in Austin, Nashville, New York City, New Orleans, Atlanta, Los Angeles, and more. Of course, Slow and Low Rock and Rye cocktails will be offered wherever it goes. For a full schedule and updated list of events, visit drinkslowandlow.com/van.