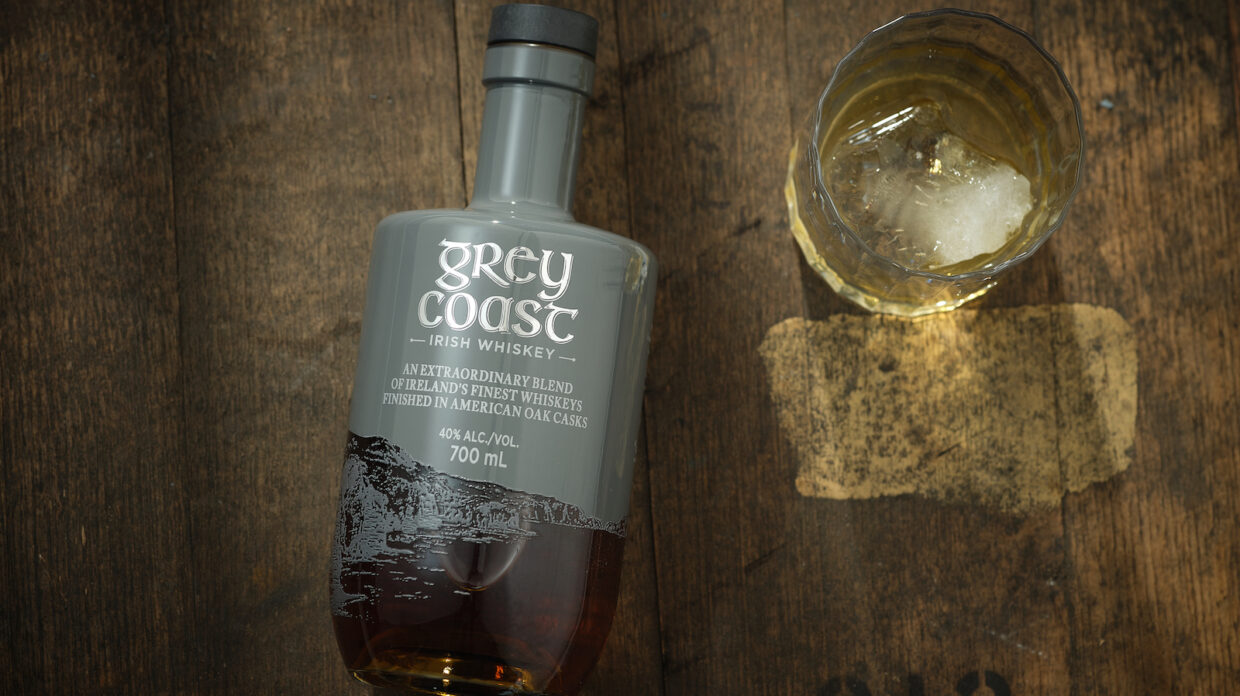 Irish professional golfer Graeme McDowell has teamed up with Boann Distillery in Drogheda, County Louth, to create Grey Coast, a new Irish whiskey blend. Grey Coast is named for McDowell’s hometown of Portrush on Northern Ireland’s north coast, where whiskey and golf are two of the most popular pastimes. (Portrush is located just six miles from Bushmills Distillery.) “I think whiskey’s always been in the blood,” says McDowell. “I’ve spent a lot of time in the Northeast of Scotland, at distilleries and cooperages. I’ve always wanted to do something really cool, effective, and authentic.”

This bottled blend marries four whiskeys. In all, 60% of the blend is made from single grain corn whiskeys matured in first-fill bourbon barrels, with an additional 25% made from single grain whiskey aged in new American oak. The remaining 15% is split between two Irish single malts: 10% is aged in new American oak and 5% is matured in oloroso sherry casks.

For McDowell, the combining of Irish whiskey with the influence of American oak is a tidy way to tell his story of finding success in the U.S. as an Irishman—with a resume that includes a U.S. Open championship in 2010. “This thing’s real: I’m an owner; I’m a partner. I’m someone who really wants to drive this,” he says.

For this inaugural whiskey, the aim was to balance depth of flavor and approachability, and to that end, it was important to have the whiskey appeal to a wide audience, including those who may not even realize they’re whiskey fans. He says that his wife’s seal of approval was an important moment for him to see that Grey Coast can reach outside the realm of the dedicated whiskey drinker.

While the first iteration of Grey Coast is an approachable blend, McDowell already has his eye on the future. It’s still too early to talk specifics on future releases, but he’s interested in whiskeys with greater age and in working with Irish pot still whiskeys in the long run. “We really want to capture the story, capture the market, capture the branding with this one, and see where we can go from here,” he says.

Starting later this month, Grey Coast will be available in California, Colorado, Florida, Illinois, Maryland, Massachusetts, Minnesota, New Jersey, New York, and Texas, ahead of a national release this summer. The 40% ABV bottling will retail between $33 and $37/700 ml bottle, depending on the market