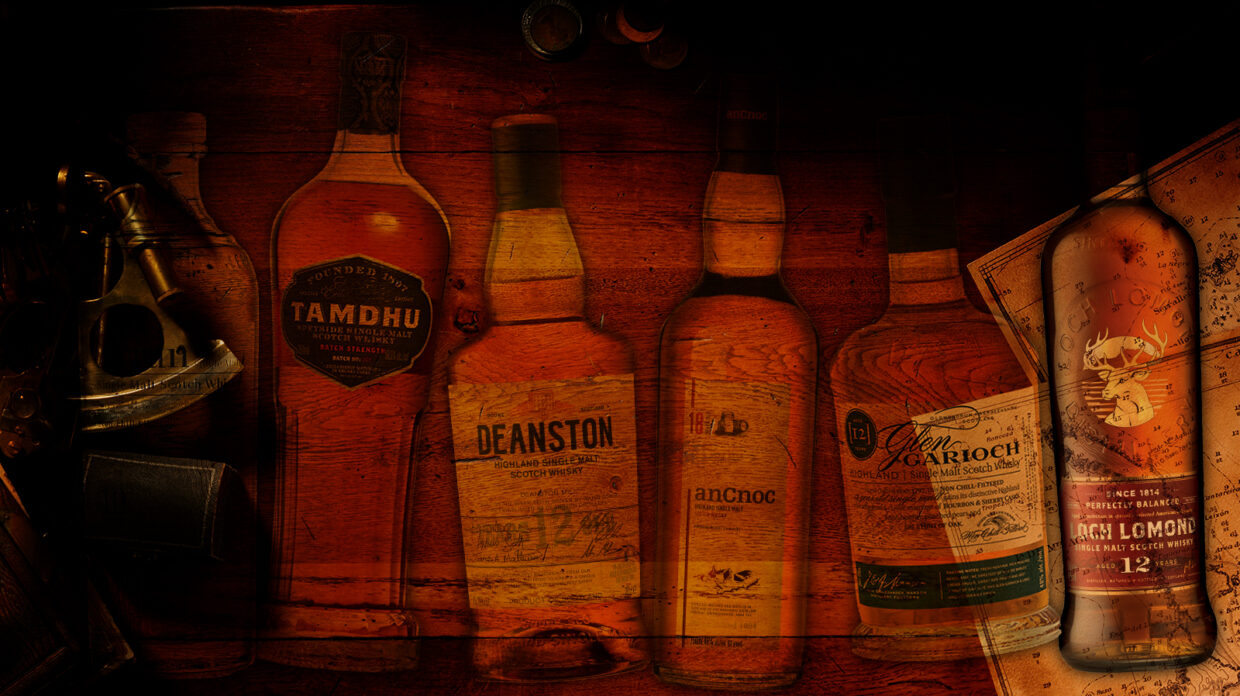 Much like Robert De Niro, Meryl Streep, and Sir Ian McKellen, the marquee names of single malt scotch are whiskies you can bank on, delivering captivating performances in the glass time after time. They’ve built a reputation for quality that always delivers. But plenty of lesser-known single malts have fascinating stories to offer too.

Scotland has over 120 single malt distilleries that exported nearly 129 million bottles in 2020, according to the Scotch Whisky Association. Yet the average American liquor store might have just a couple dozen single malt scotch brands, and often these don’t vary no matter where you shop. There’s nothing wrong with that if those are the whiskies you like to drink, but the world of single malt scotch is much bigger—and some of its best whiskies are still undiscovered by a great many drinkers.

There are several reasons why distilleries might fly under the radar. Some of them mainly produce whisky for blends, bottling only a small amount of their output as single malt. Others, like Benromach, are simply small, making relatively little whisky—a few hundred thousand liters, compared to tens of millions for big guys like Glenfiddich and Glenlivet. “We’re never going to be a Macallan” because of limited production capacity, says Robert Fleming, distilleries director at Angus Dundee, which owns Glencadam. “But the spirit we produce is all wanted by the blenders. We can compete with the best.” Many of these distilleries are located off the beaten path, even for rural Scotland—places you’d want to visit armed with both GPS and an atlas. Others are relatively new, still building their reputations in an industry where 50 years old is considered youthful.

It’s difficult to generalize about what makes each of these whiskies special. Most are bottled at higher strengths—usually 46% alcohol by volume (ABV) and above—with no chill-filtration or added coloring. Many are matured primarily in bourbon casks, allowing the distinct character of the spirit, rather than strong wood influence, to shine through. And some may be characterized as “old fashioned” in style, whether deliberately, through production methods or equipment, or simply because of inertia. Those distilleries haven’t reacted much to trends among whisky drinkers, continuing instead to just do what they’ve always done well.

The names of these whiskies may be unfamiliar, and they might even be tough to find, but the effort is worth it. Just as Dustin Hoffman was unknown until “The Graduate,” one of these single malts could very well be the next big thing. You heard it here first.

The distillery’s name is Knockdhu, and its single malt is anCnoc. Don’t worry too much about pronunciation: Just try the whisky, whose clean, clear flavor comes from ingenious production quirks and a skillful staff.

One of Scotland’s most accessible islands is home to not one, but two distilleries owned by Isle of Arran Distillers. Often adeptly cask-finished, Arran’s single malt offers full flavor and distinct character at great prices—making it a wonder that the whisky isn’t better known.

Located a stone’s throw from Glenmorangie Distillery, Balblair has lingered in obscurity, tucked away off the main road without even a sign pointing the way until recently. Its whisky, however, is every bit the equal of its famous neighbor’s. 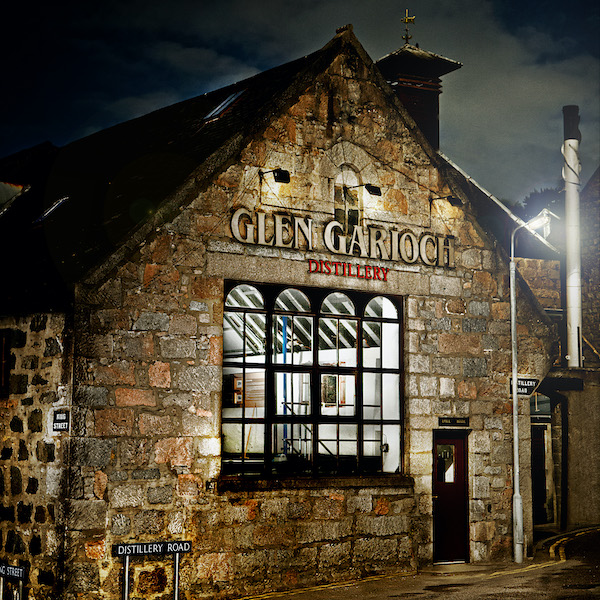 Glen Garioch is surrounded by a town, constrained from growing larger and not easy to find.

If your model train layout included a distillery, it would look like Benromach: small, quaint, and much as it was in 1898, its founding year. The distillery’s modern mission: to make Speyside single malt as it used to be.

Though a whisky distillery is usually the biggest tourist attraction in town, Deanston plays second fiddle to film-famous Doune Castle. Thankfully, that doesn’t hold it back from turning out some of the Highlands’ most flavorful single malt.

Glen Garioch: A hidden heavyweight in the heart of barley country

Tucked discreetly away among neat cottages in the village of Oldmeldrum, Glen Garioch (GEAR-ee) isn’t a distillery you just stumble upon; you have to want to find it. Once you’re in on the secret, you’ll recognize the singular qualities that make Glen Garioch’s whisky so appealing.

Glen Scotia: The other Campbeltown whisky

Springbank usually gets all the credit for propping up Campbeltown’s signature style, but to overlook Glen Scotia is to miss out on another dimension of this historic and still vibrant whisky region. 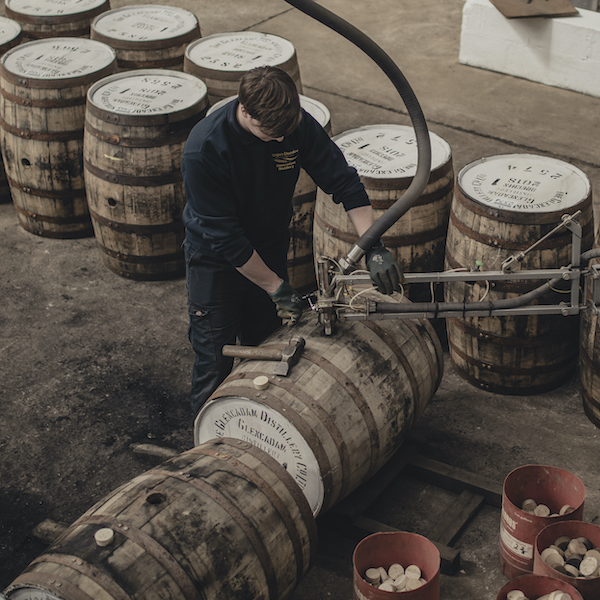 From the outside, Glencadam still looks much as it did when founded in 1825; inside, 20th-century equipment has replaced older tools, and the waterwheel that once powered the operations is gone, but there’s still a sense of stepping back in time. (The graveyard next door reinforces the feeling.)

Loch Lomond: One distillery making a multitude of malts

Most single malt distillers are specialists: They aim to do one thing well. Enter Loch Lomond, a whisky wonderland that produces multiple styles and profiles—including both single malt and grain—under one roof.

Tamdhu: Behind the curtain lies a sherry lover’s dream

Tamdhu has its fair share of Victorian-era dunnage warehouses and stillman’s cottages, but it also has a distillery building from the 1970s that can only be described as borderline Brutalist in style. The environs may not be a thing of beauty, but the whisky that emerges from them certainly is.

Many of Scotland’s malt distilleries make whisky intended only for blending; if you encounter them as single malt, it’s through independent bottlers—companies that purchase whisky from distilleries, age it, and bottle it under their own name, like Gordon & MacPhail, Signatory, and Duncan Taylor. Look for whiskies from Benrinnes, Glen Elgin, Glenlossie, Glenburgie, Glentauchers, Linkwood, and Teaninich—all delicious and unique single malts that are sure to surprise even the most seasoned scotch drinker.