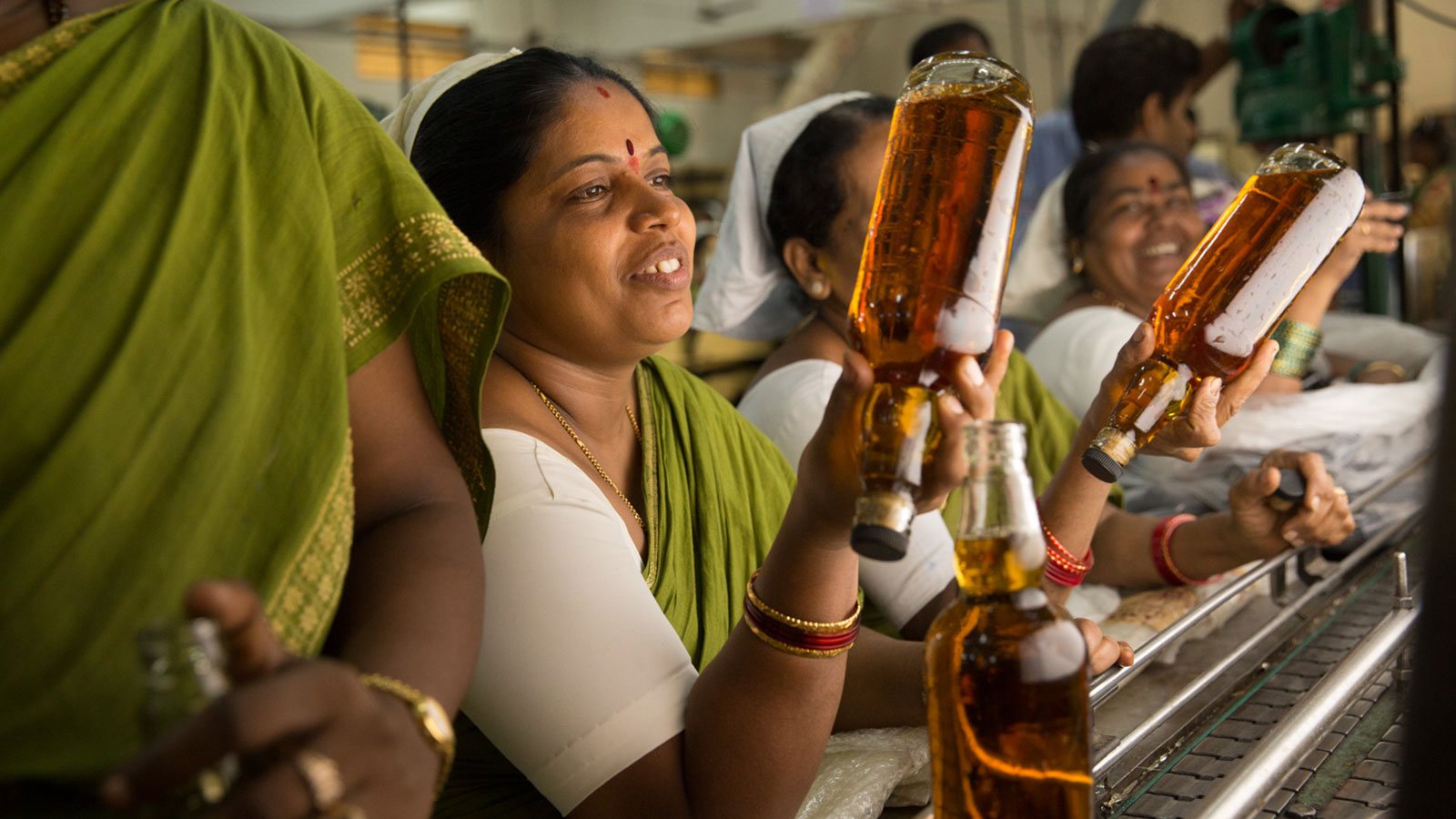 The chic, glass-walled restaurant where the Bangalore SMAC (Single Malt Amateurs’ Club) is meeting encapsulates the new culture of whisky that’s budding in India. The founder of the SMAC, Hemanth Rao, is an IT professional in his late 30s; he started the club a decade ago. “Back then I could count on my fingers how many people would actually be interested [in single malts],” he tells me. “But now, there are people who are genuinely interested and not only for the tasting sessions, per se. They’re actually interested in the whisky, the making of the whisky, and how it is in comparison with others.”

This group includes both men and women, mainly other young and affluent professionals who work in the city’s flourishing IT sector. They go out to upscale restaurants, drive shiny new cars, and dwell in the sleek high-rise buildings sprouting up all across this sprawling metropolis. Flush with disposable income, they also often drink socially—a change from generations past, when the idea of consuming alcohol publicly, or in front of one’s elders, was taboo. “I could never, never, ever have thought of drinking in front of my father,” says Amrut master distiller Surrinder Kumar. “But you see my family now…the other day, my son offered us beer, and he had it himself as well. I have no problems [with that.]”

During the SMAC tasting that I attended, club members nosed, tasted, and scored four undisclosed single malt whiskies, knowing only that two were from Scotland and two from India. (“It’s the kilts versus the dhotis!” the club’s Facebook post proclaimed.) Conversation was lively and at the end of the night, with Scotland barely eking out a victory over India, club members decamped to corner tables to drink and discuss more. For a whisky enthusiast like me, it felt like home.

A New Point of Pride

In sync with India’s emerging middle class and a growing interest in high-quality whisky, Indian single malts have become an alternative to pricey imports—although they are still viewed as inferior by most. Paul John master distiller Michael D’Souza explains the problem. “India is unique—we like anything foreign,” he says, noting that if it’s a choice between Johnnie Walker and an Indian-made whisky, the vast majority of drinkers will choose the scotch.

Indians are slowly realizing the quality of their own whisky, and Paul John is betting that if you build it, they will come. The distillery is opening a visitor center, the first of its kind in the country, targeted at both Western and Indian tourists. It’s also seeking permission to start selling whisky on-site, another first for India.

Old-fashioned attitudes about women drinking whisky still prevail in some settings. Related by marriage to a big Indian family, I presented whisky as a gift to my Indian relatives—and discussed my work as a whisky writer—but I was never offered a tipple of uncle’s favorite, Blender’s Pride (although when I wasn’t around, my husband was). Later on, an unsurprised Indian-American cousin shook her head—nice young women in India simply don’t drink whisky, she told me. No wonder the waiter at the Goan restaurant looked shocked when I ordered three separate drams with dinner!

Thankfully, times are changing. The expanding base of whisky drinkers, especially women, is born of a larger cultural shift. “Indian women do not conform to gender-specific roles anymore,” says Charnelle Martins, a member of the SMAC and a whisky researcher. “Most women have jobs and work at offices, as compared to being traditional housewives, and this equality has empowered them, especially in metropolitan areas, to be more open to consume and purchase alcohol. Whisky isn’t considered just a man’s drink anymore.”

When I went into an Indian liquor store, the shopkeeper seemed surprised, but served me politely. India’s whisky culture is evolving quickly. There’s much more of the story to tell; it’s unfolding every day.