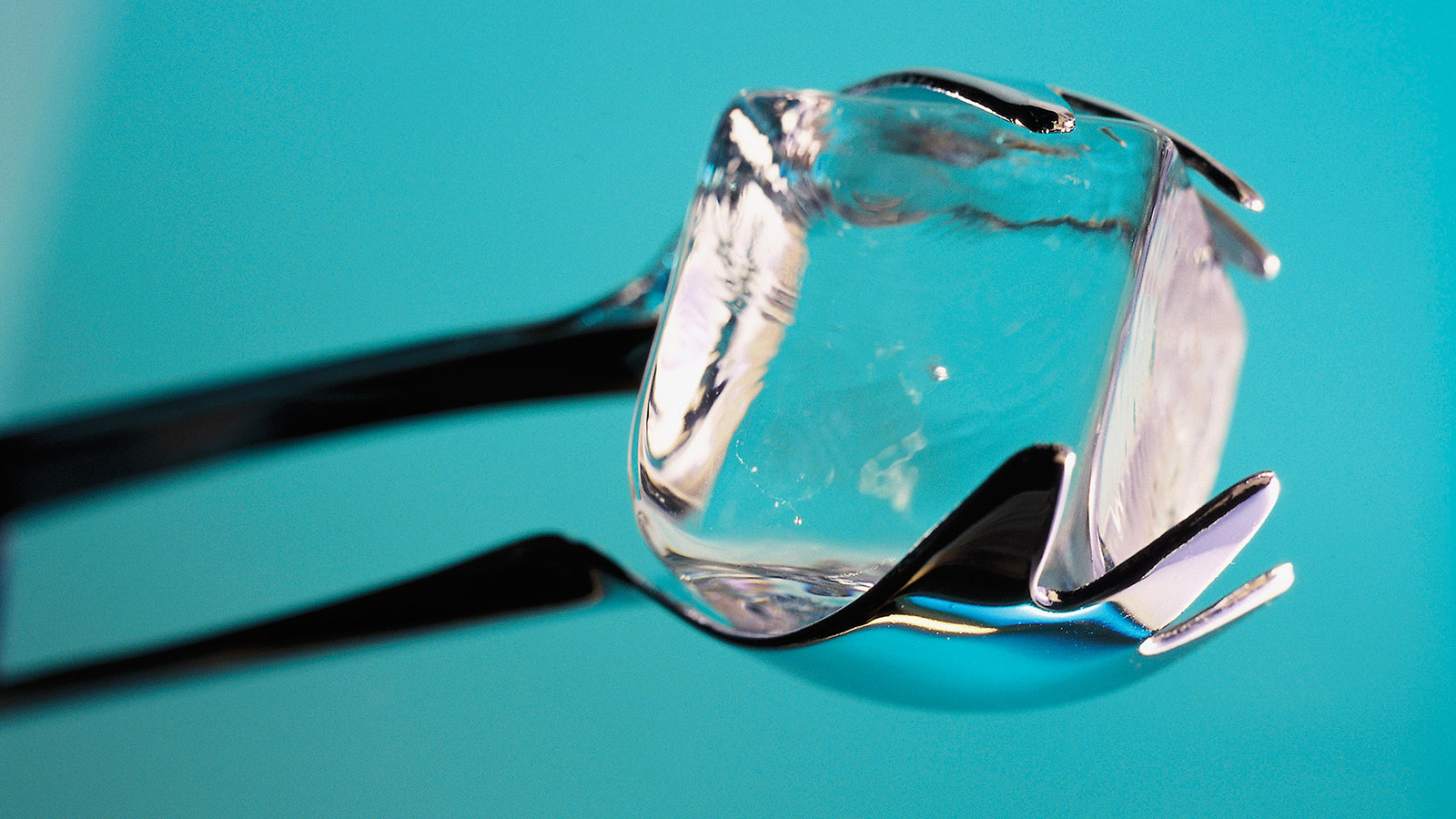 Upgrade your bourbon on the rocks with perfectly clear ice. (Photo by Purestock/Getty Images)

Crystal clear ice cubes melt a little more slowly than do cloudy ones, and great big ice cubes cause less dilution due to a lower surface area-to-volume ratio than multiple smaller cubes. But honestly, that’s not a good enough reason to go through all the effort to make big clear chunks of ice at home. The choice is mostly an aesthetic one, but as important as choosing to drink out of a crystal tumbler rather than a Styrofoam cup: It makes the whisky look better, it feels better in your hand, and consequently it improves perception of its taste. A nice read-through quality clear cube lets the whisky shine, gives a pleasant weight to the glass, and also provides an excuse to buy yourself the fancy $50 Japanese Yamachu ice pick.

Making clear ice is not as simple as boiling the water before freezing; we’ve all heard that tale before and the practice doesn’t have much of an effect on ice clarity at all. In fact, testing the boiled water theory led me down a multi-month experimental adventure resulting in a technique I dubbed “directional freezing” that is now used in nerds’ freezers and in small bars from Asia to Edinburgh.

Water tends to form an ordered lattice when it freezes, and as it begins to do so it pushes trapped impurities and air (the main source of cloudiness in ice) away from the direction it is freezing. In a typical ice cube tray, cold air surrounds each cube and it freezes from the outside in, trapping cloudy, air-rich ice in the center of the cube. Directional freezing limits the direction of freezing to one side of the cube, so that it pushes trapped air toward the other end rather than into the middle.

The simplest way to take advantage of directional freezing at home is to fill an insulated container (a hard-sided small beer cooler is ideal) with water and leave the top off. The water will freeze from the top down, thanks to the insulated sides/bottom. The ice will be clear until the last third or so of it, where the air is now trapped. To harvest only clear ice chunks, either pop out the all-clear ice slab before the cooler completely freezes, or you can cut off the cloudy part at the bottom with an ice pick if it freezes all the way. If you’re still having issues, let the water settle a bit after it comes through the aerator in your sink or run it through a pitcher filter; and avoid jostling/vibrating the cooler in the freezer. And there’s your big clear ice!