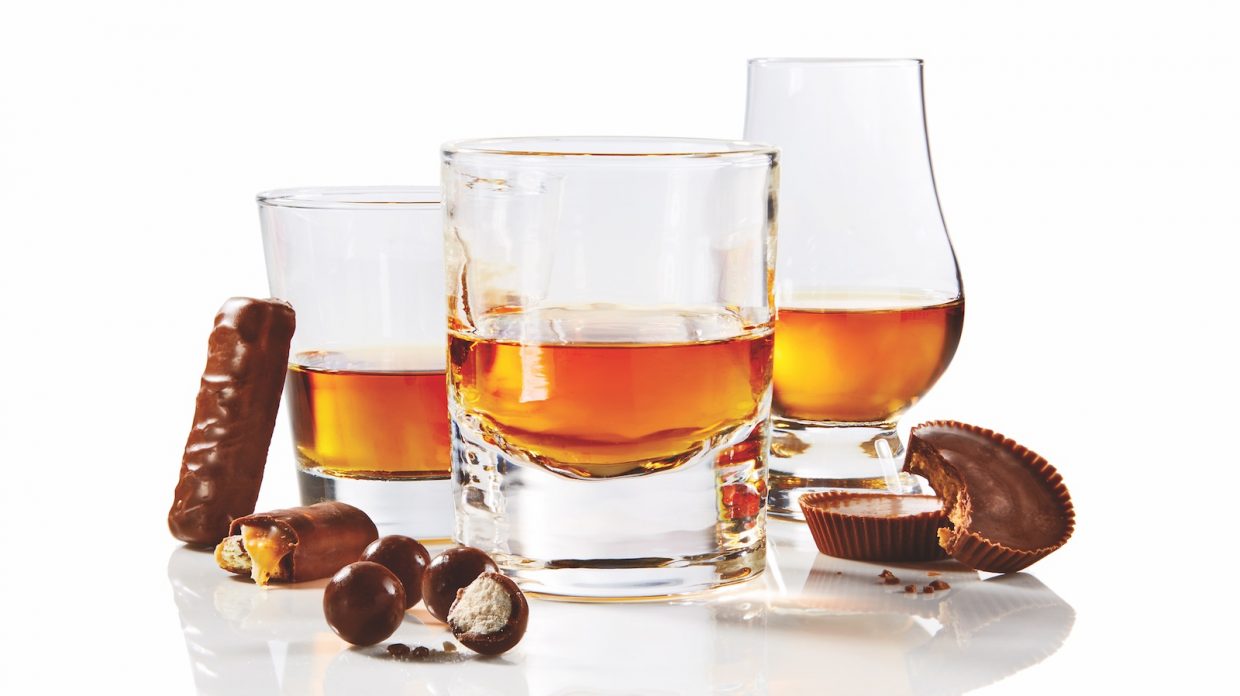 Whether you like your candy crunchy, gooey, or both, there's a whisky pairing to be made. (Photo by Jeff Harris)

The candy bar is often an impulse purchase, grabbed while cashing out at the grocery or convenience store to assuage a grumbling hunger or satisfy a sweet tooth. Yet names like Snickers and KitKat, Reese’s and M&Ms represent iconic treats that transcend generations and class, part of our shared identity.

We actually devour candy bars at a fairly rapacious rate. According to a 2016 report from the U.S. Census Bureau, released to celebrate National Candy Month in June, Americans consume on average about 22 pounds of candy per year, most of it chocolate and candy bars, the equivalent of about 235 standard-size bars, roughly one bar every 36 hours.

Candy bars are indeed big business. But according to Beth Kimmerle, author of Candy: The Sweet History and a consultant to the confectionary industry, it is also a business that is in the midst of fundamental change.

“The top-sellers are still selling in the millions of dollars,” says Kimmerle, “but there are a lot of artisanal options that weren’t available twenty years ago, literally hundreds of them.” Those specialty bars, she says, whether pure chocolate or other candy, are beginning to give market leaders like Hershey’s, Snickers, and Reese’s a run for their money.

Still, she observes, the classics do remain classics, and for a reason. Aside from marketing and emotional triggers like nostalgia, a big part of that reason is their sweetness, well-formulated flavors, and satisfying textures. Our favorite candy bars create powerful cravings by placing a bullseye firmly on the brain’s pleasure center.

“Something like peanut butter without sugar or salt is pretty low on the intensity scale, just like caramel on its own is really just sweet,” says Kimmerle, “Add sugar and salt however, and the perception of the flavor can grow much more intense.” That sweet intensity is also what makes pairing whiskies with candy bars so much fun, since you can use the characteristics of the spirit to cut, complement, or even contrast with the flavor of the candy bar.

The chocolate and peanut butter combination achieves its apex in the Reese’s Peanut Butter Cup. On their own, neither chocolate nor peanut butter are overly sweet, but combine them, along with a good portion of both sugar and salt, and you will have reached next-level sweetness. A level that welcomes the richest, fullest bourbon that you can find, along the lines of Michter’s 10 year old Single Barrel.

With the often-polarizing coconut of a Bounty bar, consider cutting the flavor with the spiciness of a lighter-bodied Canadian whisky such as Forty Creek Barrel Select, echoing the manner in which coconut, sweetness, and spice brilliantly coexist in some Caribbean dishes.

Given their common source ingredients, it comes as little surprise that the crunchy, barley-based malted milk core of Whoppers pairs well with a Scotch malt whisky, particularly when the malt sweetness is allowed to shine though with little or no peat.

Finally, the trifecta of the caramel, peanut, and nougat of a Snickers bar pairs masterfully with a rich, peated whisky like Bowmore 15 year old, with added depth provided by the whisky. This proves that even the most casually consumed snack can be improved by the addition of the right whisky.

Lot No. 40 + Twix
Rich whisky meets even richer caramel and adds a bit of spicy rye impact for complexity and flavor. 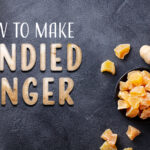 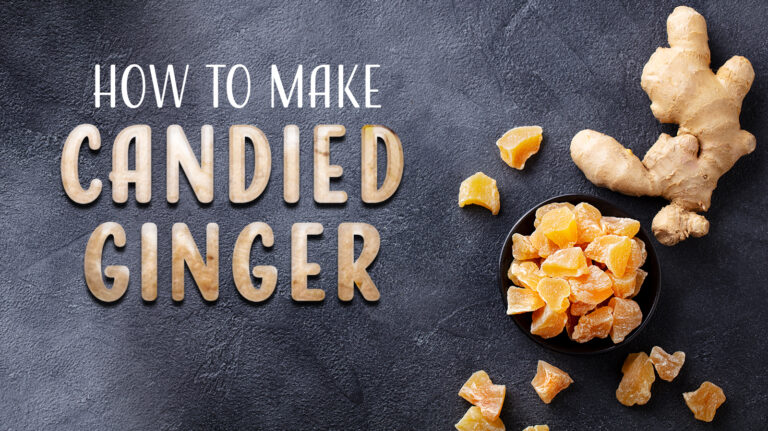 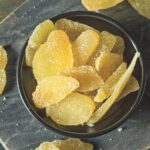 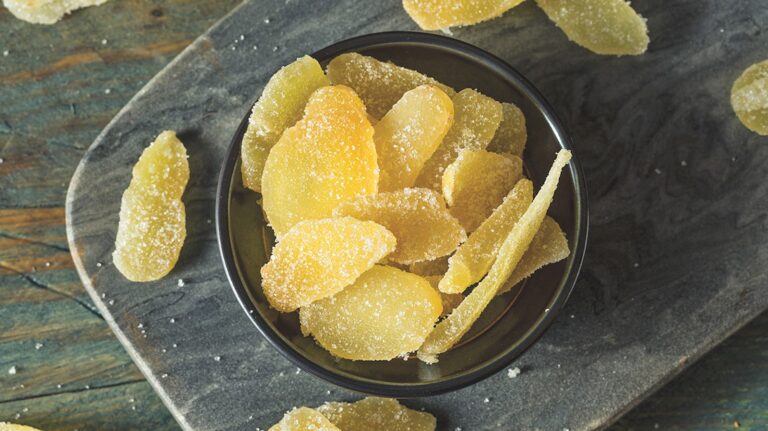 More than just a garnish, adding homemade candied ginger to your cocktails puts a personal touch on a Mule, Sour, or other classic.