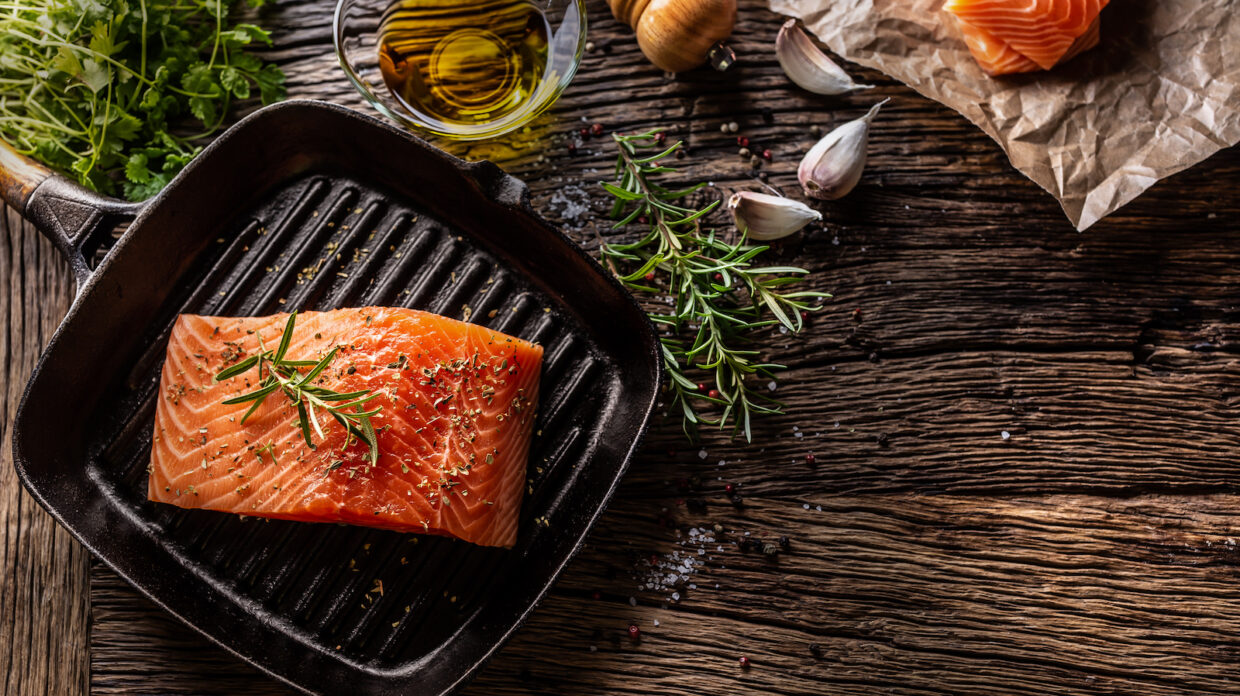 Smoked salmon from Scotland is revered the world over, but it may surprise some to learn that Scottish salmon is a different species from those popular in the Pacific northwest. The Atlantic salmon is Scotland’s variety, while those fished in the Pacific include chinook, chum, coho, pink, and sockeye. Experts have their opinions on which are the best, but a more important consideration is whether the salmon was farmed or caught in the wild—the consensus being that wild-caught is best.

The simplest way to prepare salmon is to pan-fry fillets, which when carefully executed will yield a moist, delightful result, with bigger and bolder flavors coming from wild-caught chinook or sockeye, and the mildest taste found in farmed Atlantic salmon. Either way, a rich scotch single malt makes an ideal partner, with my wild-caught Atlantic fillet benefiting greatly from the accompanying richness and soft spiciness of Aberlour 12 year old.

Now shift the fish from the stovetop to the oven and add a sweet glaze. I used honey mustard for my tasting, and found that the fruity, nectared character of a fine pot still Irish whiskey works beautifully. The relationship grew more symbiotic, with the sweet glaze softening and rounding the whiskey, while the spirit brought the natural flavor of the fish to the fore.

Cure the salmon with salt and sugar, adding dill and other flavors as desired, and you have gravlax. Contrary to many commercial examples, gravlax should never be smoked. Of Scandinavian origin, it is traditionally enjoyed with either vodka or aquavit. So it’s hardly surprising that the lightest of whiskies, perhaps a blended Canadian or Japanese, is the most desirable partner when gravlax is served on its own.

When used to top rye bread, whether dark or light, a whole new dynamic is born, with the gravlax becoming more of a textural experience and an elevated rye-content whisky finding a delicious and complementary home at its side. Rule of thumb: The darker the bread, the more rye in the whisky.

Possibly the most popular preparation of salmon, certainly so at Sunday brunch, is smoked. It is typically either hot or cold-smoked. Cold-smoked salmon is the version most familiar—thinly sliced and texturally close to raw—while hot-smoked presents more like cooked salmon, with commensurately meatier texture and usually a bolder smokiness.

If the word “smoked” has you considering a heavily peated whisky pairing, think again: Cold-smoked salmon’s taste does not become enhanced when paired with peat monsters, which can run roughshod over the delicate flavor of the fish. I found a much more balanced relationship in a wheated bourbon like Maker’s Mark, or for the bigger taste of smoked sockeye, a mildly smoky scotch single malt like Jura 10 year old.

When the fish is hot-smoked, on the other hand, the peaty scotch single malts simply shine, bringing added depth and range to the smoke, while the meatiness of the fish draws forward the fruit and spice of the spirit.

PAIR THESE WHISKIES AND Salmon AT HOME NOW 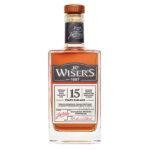 Gravlax on Light Rye Bread with J.P. Wiser’s 15 year old
This mostly corn whisky has a roundness that suits the gravlax well, with a touch of rye spice to accent the toothsome bread. 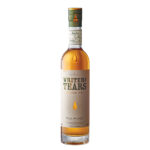 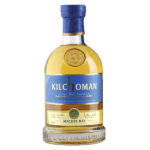 Hot-Smoked Salmon with Kilchoman Machir Bay
The Kilchoman flagship accents the taste of the fish with its smoky and citrusy character, elevating the experience exponentially. 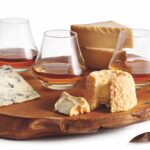 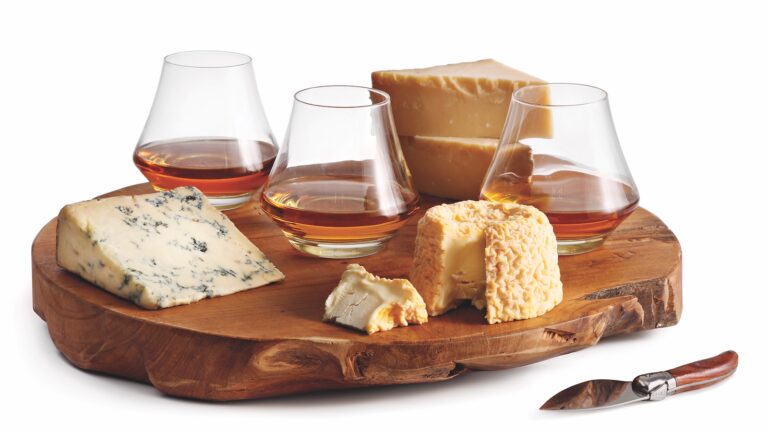 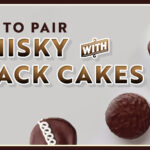 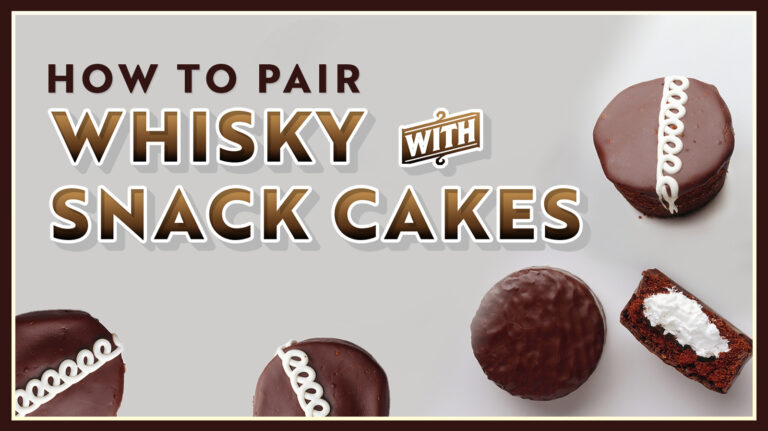