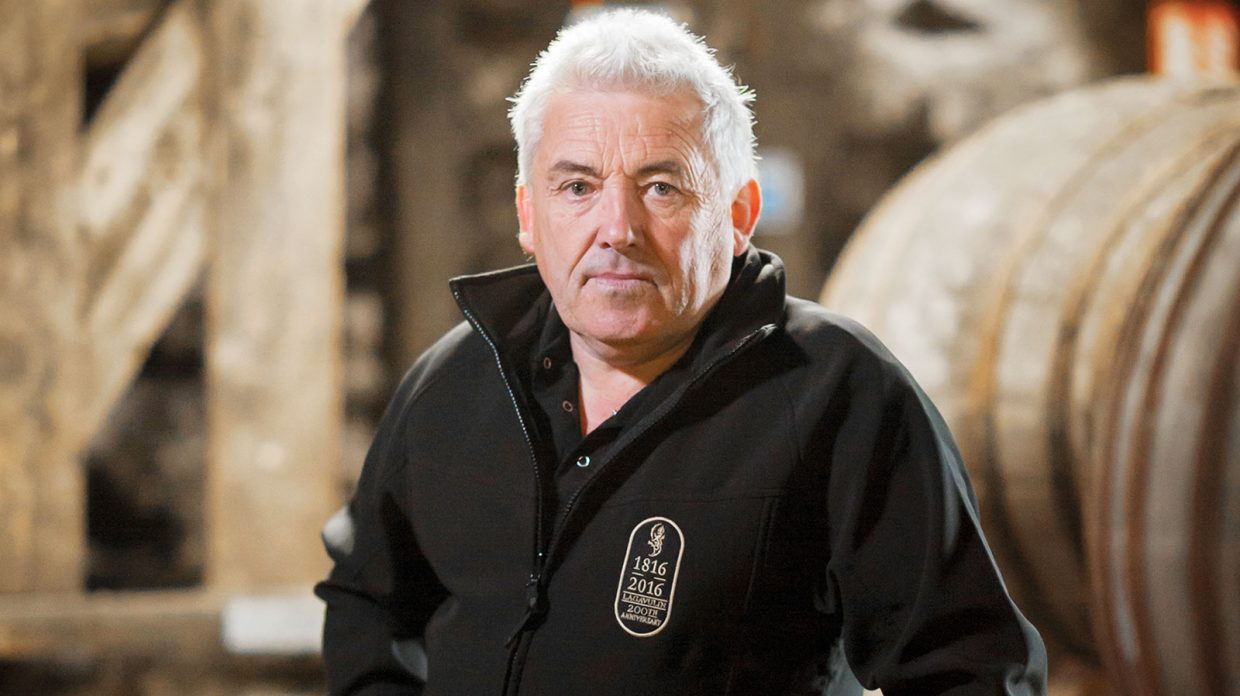 Iain has been working in Islay's distilleries for 47 years. (Photo by Martin Hunter)

Iain remembers one morning, “many, many years ago” when a co-worker at Lagavulin distillery came to work in a wee scud. (“That’s what we call it when you got too much to drink.”) The bloke was, “capable of doing his job,” Iain recalls, but he fell asleep, at which point Iain and his mate painted a full beard on the poor fellow.

“In our young days we did those kinds of things. Nowadays it’s more serious. Everything’s all Health and Safety,” he told me. “We had a thing—a free dram. Got one every day. And old people were too glad to do anything there was to do. And if a dirty job came around they’d say, ‘Well, if we get another dram, well do it.’ People can’t enjoy the drink they had before. Company policy.”

Iain, a 47-year industry veteran, has a stockpile of things-ain’t-what-they-used-to-be tales. He’ll tell you that in the 80s, when the industry was down, he’d work in the distillery five days a week, 25 weeks per year. Not so much, now that production clocks in around 2.5 million liters annually. He’ll tell you about how, until the malt barns at Lagavulin shut in 1972, he’d turn the floors by hand. Machines do that today. He’ll tell you it used to take four men to roll the colossal casks. Today, machines do it. And as one of the last employees laid off when Port Ellen closed in 1983, he’ll tell you that if you come across one of the few bottles of the single malt, chances are he filled the casks that held that liquid.

The best setting for hearing those tales is in the antique-looking barrel warehouse, his second home, thick with angels’ share. In addition to looking after the barrels, he leads tastings for visitors and sometimes takes them to the bogs to demonstrate how to cut peat, another job he’s held over the years. He also oversees his family croft. Some days he has to hurry out by 4 p.m. to feed the cows.

“The warehouse is like my family,” he confesses. “You come in here, know all the casks, you know how they should be. If you see a cask that’s leaking, you’re very annoyed, you see, because you’re in every day trying to look after the spirit, and sometimes in life, you get casks that do leak.”

Iain has better things to say about his human family. After all, thanks to a chat his mum had with the Lagavulin distillery manager, he got his first job at 15, stenciling cask ends. He was on track to becoming a cooper, but then he met his wife. Better money to be had in the Port Ellen warehouses, he confides. His grandfather worked at Lagavulin; his father at Laphroaig; his brother, a 42-year Lagavulin employee. They are an Islay clan through and through—so much so that it’s incomprehensible why anyone would live anywhere else.

“I was down in Hampstead a few years ago. It’s not like Islay. Everybody speaks to you on Islay,” he reflected. “Down there they would just push by ya. It’s a rat race,” he said. “I get my grandkids coming over next week. They stay in Glasgow, they don’t know who lives down the stairs from them. They get here, it’s just a different life.”