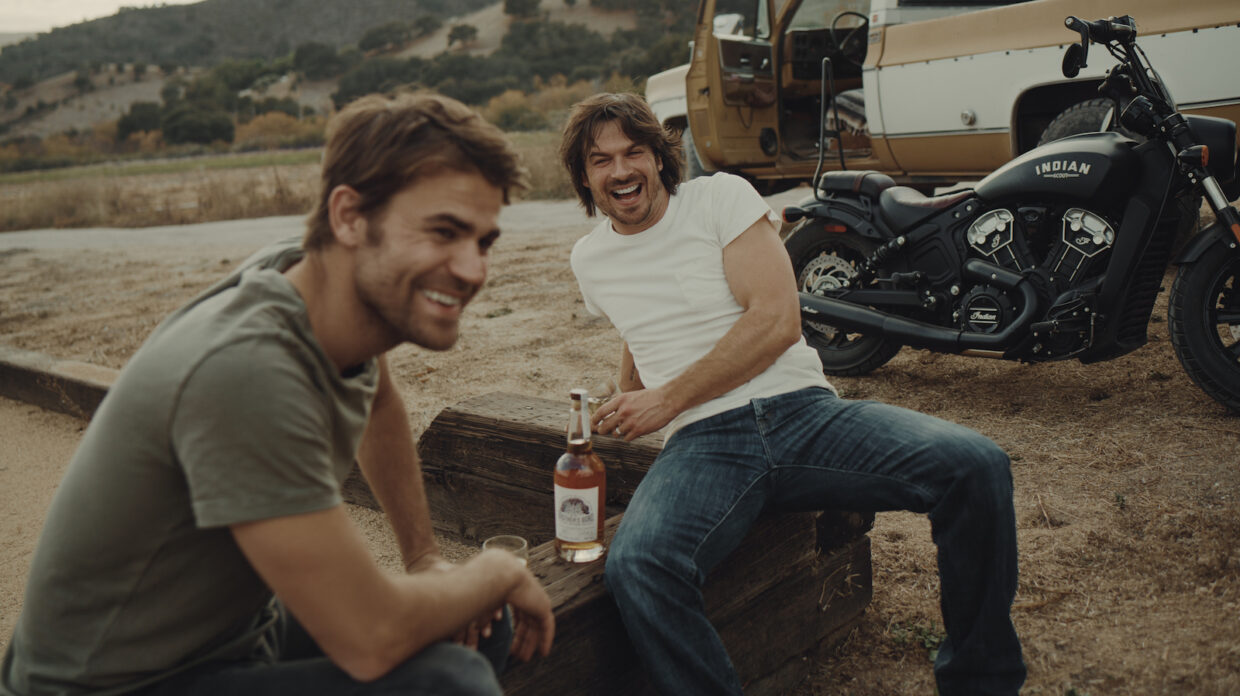 Actors Ian Somerhalder and Paul Wesley developed a true friendship on the set of "The Vampire Diaries" and have now launched a new whiskey together with Brother's Bond bourbon.

Ian Somerhalder and Paul Wesley describe their relationship as a marriage. They rib each other the way old drinking buddies do—an affection coated in sarcasm, a mutual understanding forged over drinks during the course of a decade. “Ian always jokes that ours is the longest relationship he’s ever been in, and I will agree with that,” Wesley says. “With Ian, it’s a true platonic marriage.”

The two actors met in 2009 when they were cast to play brothers on the CW Network show “The Vampire Diaries,” a supernatural romance drama, and quickly developed a chemistry that spilled off the set. “These brothers bonded over bourbon on screen, it was the only time they got along. Paul and I bonded over bourbon off screen—it’s the only time that we got along,” Somerhalder says with a laugh.

While filming their scenes, the actors sipped iced tea instead of actual whiskey, and that led to a thirst for the real thing. After a long day of shooting, they would share a dram, and they attended concerts together with whiskey-filled flasks in their pockets. “The Vampire Diaries” ran for 8 seasons and 171 episodes and over that time, the two brothers shared many glasses together. Somerhalder and Wesley meanwhile developed a bond with each other and a deep appreciation of whiskey. “I had always loved dark spirits, but my love for bourbon developed as a result of the show,” Wesley says.

“The Vampire Diaries” ended in 2017, but the two actors knew they wanted to continue collaborating. They landed on, what else, but a whiskey that encapsulates their friendship. “Right after we got off the show…Paul and I just said, ‘It’s time’,” Somerhalder says. And with that, they started to create Brother’s Bond bourbon, which launched nationally May 1. “This came so instinctively because it’s what we did for 10 years on screen and off screen,” Wesley adds. “It just felt like if we didn’t do this now, it would be such a missed opportunity.” 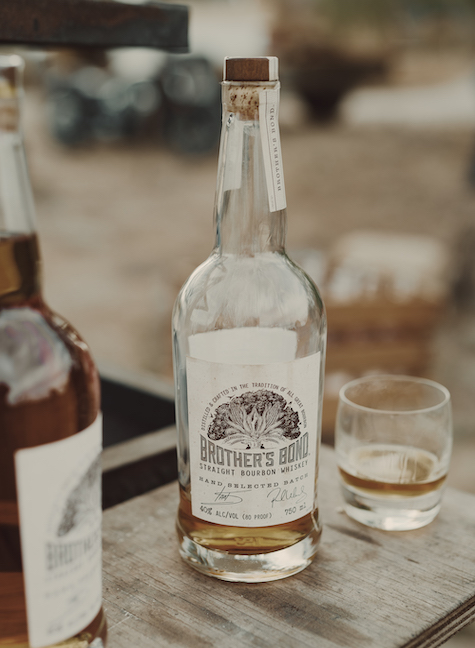 Brother’s Bond bourbon is bottled at 40% and made with a mashbill of 65% corn, 22% rye, and an undisclosed percentage of wheat and malted barley.

Brother’s Bond straight bourbon was distilled at MGP from a mashbill of 65% corn, 22% rye, and an undisclosed percentage of wheat and malted barley. It was aged at least 4 years, bottled at 40% alcohol by volume, and is priced at $40. Somerhalder and Wesley tinkered with graduated cylinders and whiskey samples to arrive at their preferred blend—one that would appeal to fans of whiskey and to people who come to it as fans of the show.

“This is so authentic for us, but it was no easy feat. To get the level of complexity that’s in this bottle, and at scale, took us over a year.” Somerhalder says. “I’m just so excited for people to experience and enjoy bourbon, perhaps for the first time, with Brother’s Bond.”

Just as Somerhalder and Wesley grew up over the course of “The Vampire Diaries,” so did their viewers. “All the people who were perhaps 18 when they watched are now in their late 20s,” Wesley says. “We’ve grown up with our audience and Ian and I have grown up. This bourbon is a representation of, I suppose, our next evolution, our next step in life. Ian’s a dad, we’re both getting up there. For us, this is for our fans who have grown with us and are enjoying spirits.”

As for the two actors, Brother’s Bond is now what they drink, and there is a clear passion not just for the whiskey inside the bottle, but for building a company that is environmentally conscious. A portion of proceeds will be donated to regenerative farming practices in an effort to help reverse climate change.

They are aligned on that front as on most things, and Brother’s Bond is the culmination of many nights of tasting together and developing both their recipe and rapport. “Ian and I have very similar palates,” Wesley says. “We both gravitate toward the same kind of bourbon, so this is a perfect marriage of our taste.”