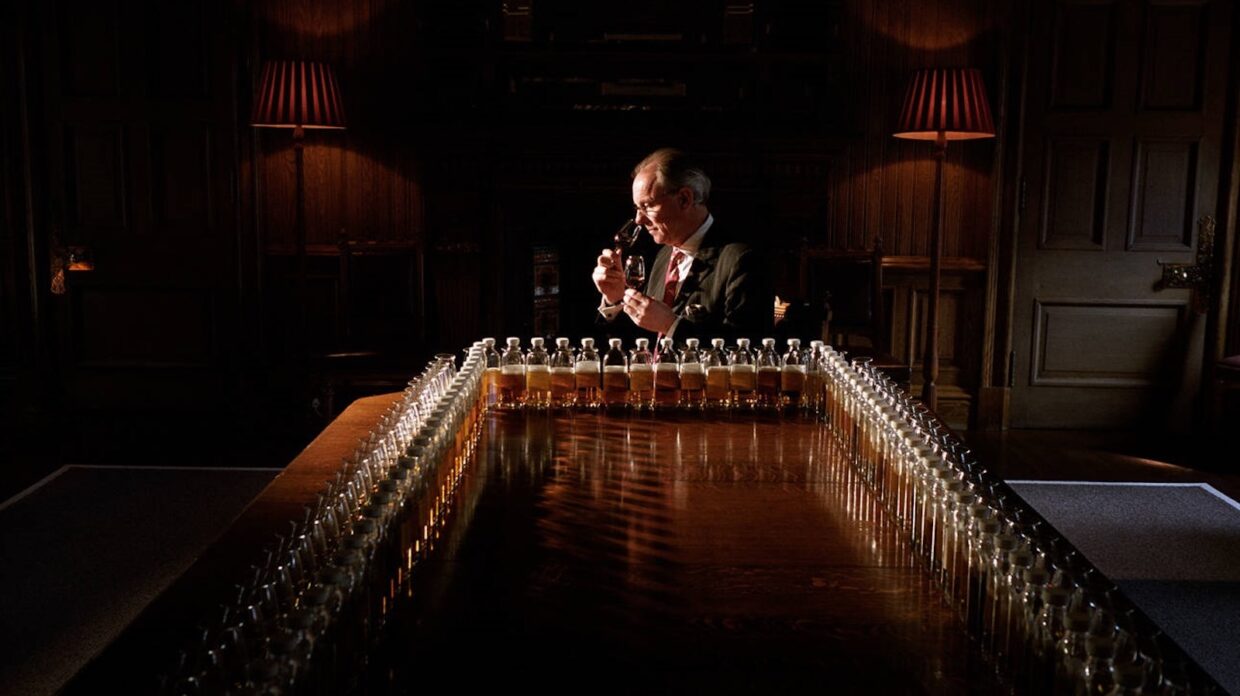 Colin Scott, master blender at Chivas Brothers, noses a sample. A Samaroli independent bottling of whisky from Chivas Brothers' Strathisla Distillery, made in 1967, is among the "impossible" whiskies in the new book by Clay Risen. (Photo by Brian Harris/Alamy)

If you’re a bookish type with $1,000 to burn—and for some reason don’t want to spend it on whisky—consider using it for an insightful, passionate exploration of some of the world’s rarest bottles. Spirits writer Clay Risen’s “The Impossible Collection of Whiskey: The 100 Most Exceptional and Collectible Bottles,” just released by New York-based luxury lifestyle publisher Assouline as part of its Fall 2020 “Ultimate” series, offers a tour of some of the world’s most famed distilleries—and their most coveted whiskies. “Do you remember the first time you tasted whiskey?” Risen asks. “The first time you tasted good whiskey? And what about the first time you tasted whiskey so good, so utterly transporting, that you could have sworn you weren’t drinking whiskey at all, but some sort of heavenly nectar? …Perhaps you’ve been lucky enough to taste great whiskey, and luckier still to know it was great—to appreciate its complexity and sublimity. If you have—or hope to someday—then this book is for you.” 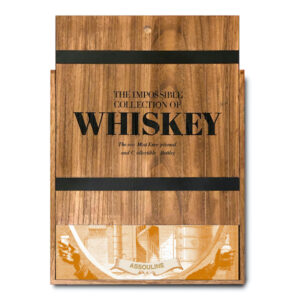 From scotch to bourbon and beyond, Risen—deputy op-ed editor at The New York Times, and the author of “Single Malt: A Guide to the Whiskies of Scotland” and “American Whiskey, Bourbon & Rye”—cherry-picks 100 whiskies from both major producers and trailblazing craft distillers across the globe, based not only on flavor but also rarity, age, and innovation. The most prized bottles from the leading distilleries of Scotland, Ireland, Japan, Canada, and the U.S. are showcased alongside those of lesser-known whisky-producing countries such as the Czech Republic and India. Think Black Bowmore First Edition, Midleton Very Rare 45 year old, Yamazaki 1984, J.P. Wiser’s 35 year old, and the original Black Maple Hill bourbon, along with Hammerhead 30 year old and Amrut Greedy Angels 12 year old.

Risen also unpacks the history of whisky, while documenting his own infatuation with the spirit, from a seminal moment sipping Blanton’s single barrel with his grandfather, to tasting 50 year old Glenfiddich and very old Old Overholt, distilled in the early 1900s, when the distillery was owned by banking tycoon Andrew Mellon. “The whiskey itself is good—very good, even better than I’d expected,” Risen recalls. “But the real joy is in the opportunity to literally consume history.” Arresting photographs of some of the most famous bottles—such as Macallan Fine & Rare 60 year old, distilled in 1926, which set a new world record when it sold for $1.9 million in a 2019 auction held by Sotheby’s—as well as historical advertisements and old bottle labels bring Risen’s ode to whisky to life, and make this a great book for your coffee—er, whisky—table. 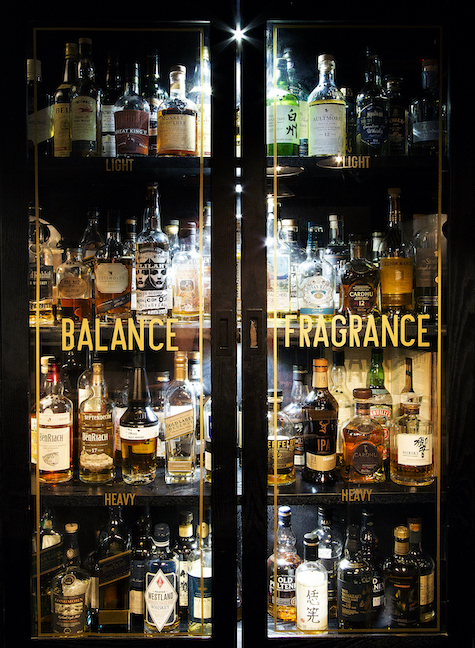 Anyone who enjoys whisky and fantasizes about acquiring such a dazzling collection will appreciate the book itself, as well as its packaging: It comes in a wrought iron-trimmed wooden box modeled after a whisky barrel. Granted, it seems unlikely that even the most avid and enterprising collector could ever wrangle all of these bottles under one roof, which Risen acknowledges. But the joy in this tome is that it invites the reader to take part in the author’s unbridled adulation of the individual and collective beauty of these supremely delicious whiskies. The pleasure lies more in pursuing this all-but-unattainable assembly of drams than in actually possessing them.

“If you’re at all like me, you have a significant stash of bottles squirreled around the house, with perhaps a few prizes on display,” Risen writes. “Your collection probably says something about your tastes, your travels, your friends. But again, if you’re like me, you also have a long list of bottles you dream of owning, or even just tasting…Bottles so rare, so expensive, that finding even a few of them would require a small fortune and a long life on the hunt. And that’s why this book is called ‘The Impossible Collection of Whiskey’—no one could ever hope to actually assemble all of these bottles into a single collection, but the fun of it is in the fantasy that we could.”

That makes “The Impossible Collection of Whiskey”—even at $995—a worthy addition to your reading list, and a likely source of inspiration for anyone who dreams of procuring, and ultimately savoring, such rare whiskies. 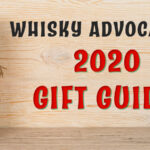 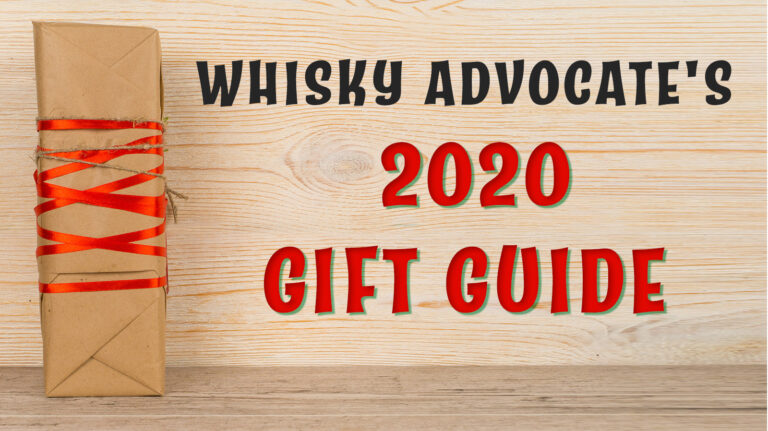 From tasting kits to fairway fits, there’s a perfect whisky gift for every budget and personality. 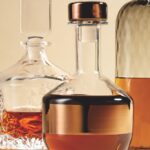 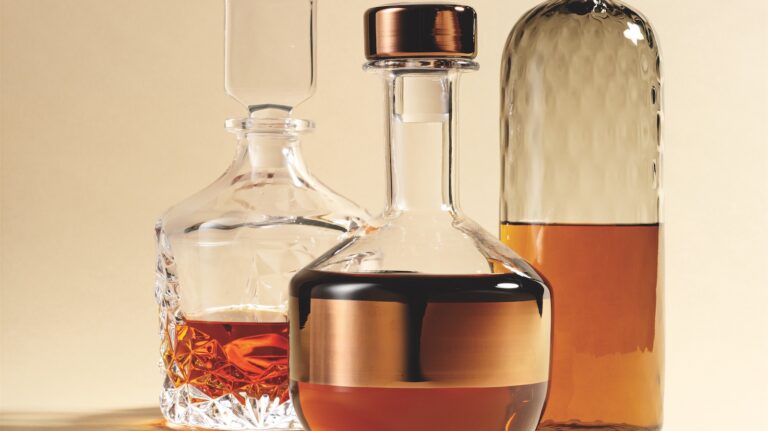 Elevate your whisky’s look with a stylish glass decanter. 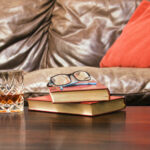 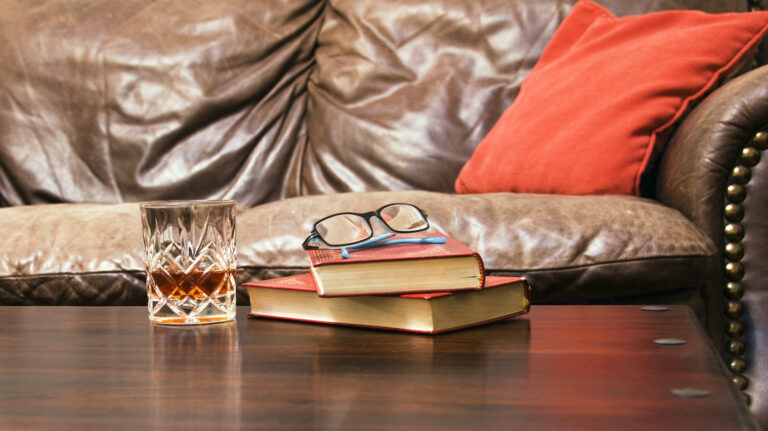 From a whiskey master class to Wild Turkey intel to the art of entertaining with bourbon, there’s a book for everybody to enjoy.