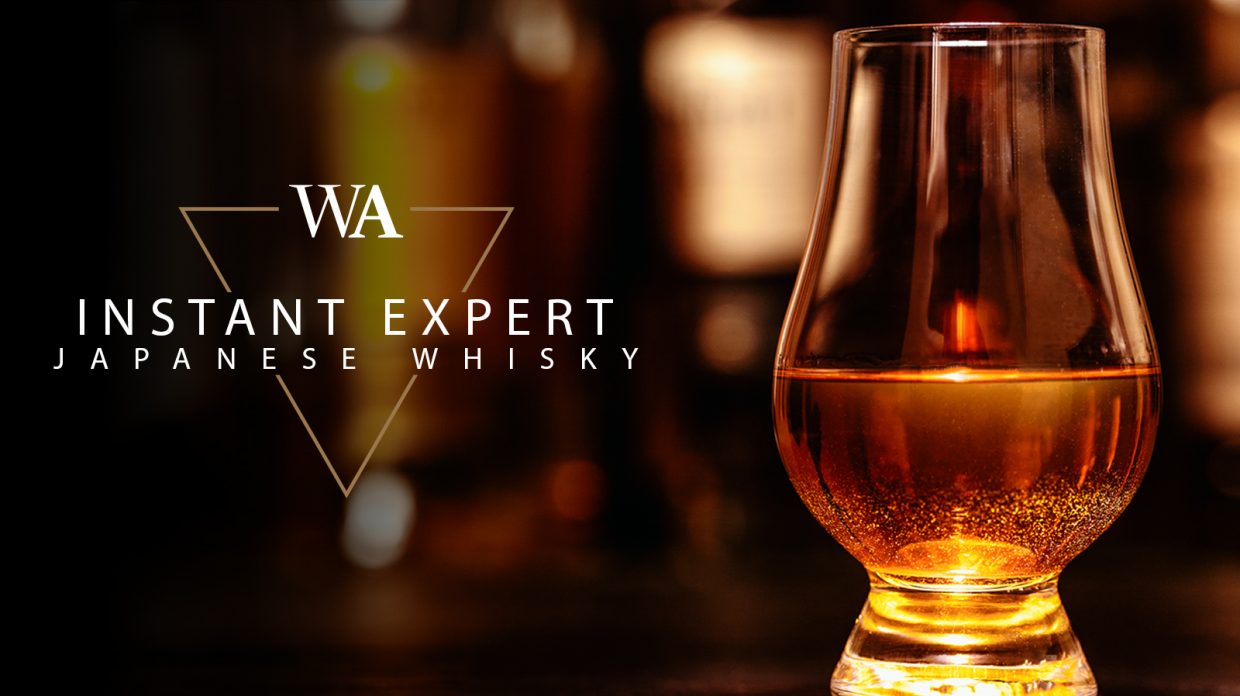 Japanese whisky comes from Japan. It isn’t made in just one style—in fact, it comprises a wide range of flavor profiles and characteristics.

Japanese whisky is similar to scotch in many ways, including the widespread use of malted barley as a main component and the practice of blending malt and grain whiskies. Some Japanese distilleries are producing aged spirits made of rice, which are sold as rice whiskies outside of Japan.

As in Scotland, Ireland, the United States or Canada, Japanese whisky is distilled using both pot and column stills. To learn the basics of whisky-making, check out “How Whisky Is Made.”

There are few regulations governing how Japanese whisky is made, but in 2021 the Japan Spirits & Liqueurs Makers Association published voluntary guidelines outlining their labeling standards for the category. The guidelines are intended to provide clarity and transparency about the source of whiskies distilled, blended, and/or bottled in Japan.

Japanese-made whisky is often mixed with imported whisky from Scotland or other foreign countries, largely because Japanese distilleries can’t produce every type of whisky they need and—unlike their Scotch and Irish counterparts—rarely exchange casks or sell whisky to each other. (See more about this under Burning Questions.) Cask types vary from traditional ex-bourbon white oak barrels to casks made of the rare mizunara oak. The lack of strict regulations allows for great creativity in whisky-making but has also led to consternation among whisky lovers seeking information about a product’s origins.

In addition to producers making single malt and blended whiskies, Japan is home to a unique style called rice whisky or koji whisky. This spirit is made from 100% rice that has been treated with koji, a kind of mold, and distilled in the manner of shochu, then matured for years in a variety of casks. The spirit does not meet Japanese standards for shochu due to its color, but is exported to the U.S. as whisky.

You may want to start your Japanese whisky exploration with brands like Suntory Whisky Toki and Hibiki Japanese Harmony, which are easy to find, light-bodied, and typical of Japanese blends. Try them in a Highball (mixed with soda water and served on the rocks), the typical way they’re consumed in Japan.

Age-statement Japanese whisky can be pricy and tough to find these days, but Yamazaki, Hakushu, and Hibiki all have expressions from 12 years old and up.

Some smaller Japanese whisky brands have appeared in recent years, including Chichibu, Akashi and Iwai from Mars Shinshu.

Why is it so hard to find affordable Japanese whisky?
In the last few years, whisky drinkers worldwide have discovered how great Japanese whiskies can be—and they’ve bought accordingly. Unfortunately, Japan’s whisky makers weren’t prepared for the sudden surge in popularity, and they haven’t been able to keep up with demand. Whisky takes time to age, you know! In response, brands like Suntory and Nikka have greatly reduced the amount of age-statement whiskies available, sometimes replacing them with non-age statement expressions. Whiskies like Hibiki Japanese Harmony and Suntory Whisky Toki are widely available, but aged single malts from Japan will continue to be limited for the next several years as distillers rebuild stocks.

Why is Japanese single malt whisky so similar to scotch?
For historical reasons. The founders of the Japanese whisky industry in the early 20th century studied whisky-making in Scotland and adopted many of the same practices. Japanese single malt whisky does have some of its own unique features, like a focus on balance and harmony, and a distinctive whisky culture focused on cocktails and highballs. But, per longstanding regulations, only whisky that’s made and matured in Scotland can be called scotch.

How is it possible for Japanese distilleries to use whisky from other countries?
An official definition of Japanese whisky does not exist, and it’s legal for producers to blend in whisky from Scotland or elsewhere. The practice, however, is rarely discussed openly. According to Rosemary Gallagher, head of communications for trade body the Scotch Whisky Association (SWA): “There is nothing wrong with mixing scotch with whiskies of different origin as long as the labeling of such products does not mislead consumers into believing the product is scotch. There is no official definition of whisky in Japan that we know of.”

What’s a pure malt?
Some Japanese whiskies use the term “Pure Malt” on their labels, like Nikka Taketsuru Pure Malt. This designation is the same as a blended malt in scotch—a whisky whose components are 100% malted barley but come from more than one distillery.

Go deeper into Japanese whisky by exploring our archives.