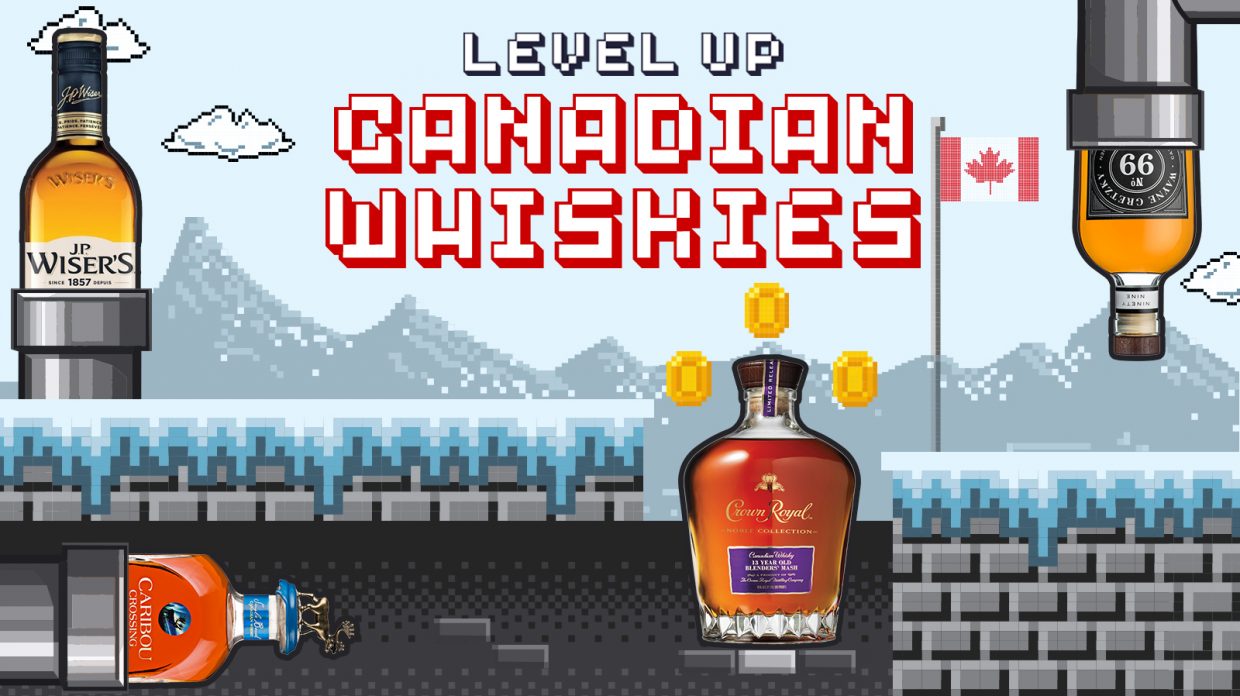 I’m going to let you in on a secret: Some of the most affordable, quality whisky lies just north of us in Canada. And while many hardcore bourbon and scotch drinkers might kneejerk-assume that all Canadian whisky is for “beginners”—owing to its often light, smooth character—in fact, the country has always produced flavorful, full-bodied whiskies that would appeal to even the most demanding palate. The only problem was that they were mostly being used in blends.

That’s not the case anymore as Canadian distilleries have wisely started releasing some of these so-called flavoring whiskies on their own: high-proof, high-flavor products that will appeal to more mature drinkers. Canada has likewise begun exploring single barrels and cask finishing, creating additional avenues for experimentation. Open your mind and taste what Canadian whisky can be.

Caribou Crossing Single Barrel—93 points, $50
The moose-topped cork on the bottle will have you thinking you’re drinking Blanton’s North, and indeed, this brand is produced by Sazerac, which also owns Buffalo Trace Distillery in Kentucky, where Blanton’s is made. Like that iconic bourbon, this is a robust single-barrel whisky—though that’s where the similarities end. With a faint vanilla nose, the palate is straight dessert—crème brûlée and s’mores, with some light tropical fruit notes; a hint of rye spices balances things out. No matter which single barrel you get, it’ll be smooth as silk, and very drinkable.

J.P. Wiser’s Triple Barrel Rye—90 points, $20
A U.S.-only release at a jaw-dropping price, this Wiser’s bottling features 62% rye in a blend with wheat and corn whiskies. The “triple barrel” maturation includes Canadian whisky (aka refill), first-fill bourbon, and virgin oak casks. This whisky is clean and light on the nose, with just a hint of flowers and herbs. The body is heavier, with rye bread, blackberry, vanilla, coconut, and ginger. A creamy mouthfeel leads into a peppery finish.

Crown Royal Noble Collection 13 year old Blenders’ Mash—92 points, $60
Another exclusive release in the U.S. and first brought to market in 2018, this whisky made Whisky Advocate’s Top 20 that same year. It presents the rare chance to taste a single component from Crown Royal’s blending lab; in this case, a whisky distilled from 60% corn, 36% rye, and 4% malted barley. Maturation in new oak gives it a real bourbon-like flavor profile: caramel and vanilla with hints of dark fruit, backed by some woody notes. The mouthfeel is robust and creamy, with just a slightly peppery finish.

Pendleton 20 year old Directors’ Reserve (2017 Release)—88 points, $125
A yearly limited release that comes out every fall, this blended Canadian whisky is aged at least 20 years. Starting with an aroma of vanilla and butterscotch, the palate adds rye spices—mainly cinnamon—along with notes of oranges and plums, all backed by oak. While lower proof at 40% ABV, the mouthfeel is still creamy and viscous, though the finish is a bit abrupt. An easy sipper.

Wayne Gretzky No. 99 Ice Cask—89 points, $50
Did you know The Great One makes whisky? Well, sort of—obviously he’s not doing the distilling himself. Sourced whisky is aged in ice wine barrels from Gretzky’s own vineyards in Niagara-on-the-Lake, Ontario. There’s an aroma of toffee, berries, and raisins to start, then the palate adds apple crumble, baking spices, and mocha. The finish adds balancing notes of pepper and tannins. An oily and viscous whisky, the sweetness—though never cloying—makes this an ideal postprandial pour.

Get to Know Canadian Rye and Its Surprising Links to the U.S.