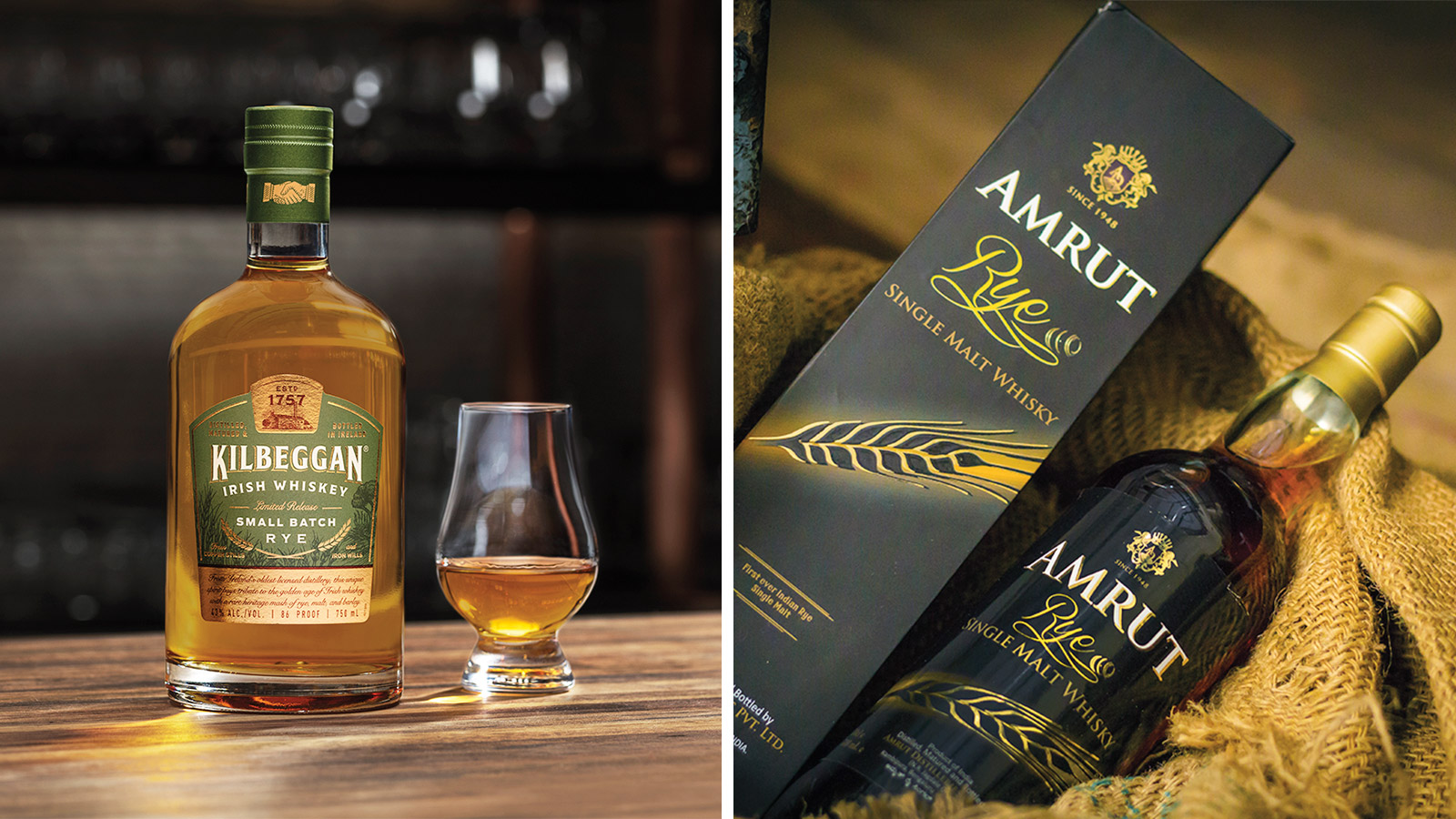 Rye is branching out. While bourbon is an exclusively American style of whiskey, the same rules don’t apply to rye, allowing other countries to give the grain a go. Here is how other distilling countries regulate the category—and the best examples of non-North American rye to try.

John Stirling distills Arbikie Highland Rye with a 52% rye mashbill, and labels it as a single grain scotch. “We have conformed to all the legal definitions of a single grain Scotch whisky [as set out in the Scotch Whisky Regulations],” states Stirling. “Here is a single rye, once quite a staple in Scotland, and all we’ve done is bring that back to life.” Does it meet the approval of the Scotch Whisky Association (SWA)? “I’ve no idea,” says Stirling with a broad grin, as Arbikie is not a member. “The SWA is funded by some people who don’t have rye out; who knows where they’ll go? To be honest, the SWA is not a legal body; they’re a private body funded by the big distillers.”

“We have provisions in our legislation to label our product as Amrut Rye Single Malt whisky,” says Surrinder Kumar, master distiller at Amrut in Bangalore. “Thank God we’re not a Scottish distillery though. There is no history of rye at all in India and we were the first distillery, as usual, to get into this arena. We’ve still got a long way to go to battle with the rye resurgence in North America!”

“There are EU regulations about whisky, but I’m not sure they say anything specific about rye whisky,” says Patrick van Zuidam of Zuidam Distillery, which makes Millstone Rye. “There are no regulations about rye whisky specifically in the Netherlands either. The key has always been that the consumer must get what they expect, and for rye whisky, that means that typical rye flavor from the grain together with that unique rye spiciness.”

Sample the world of rye with one of these whiskies

Millstone 100 Rye (Netherlands)—93 points, $99
A perfect balance of honey and fruit, sparkling and distinctive spice, and a dash of ginger snaps. Rye to die for.