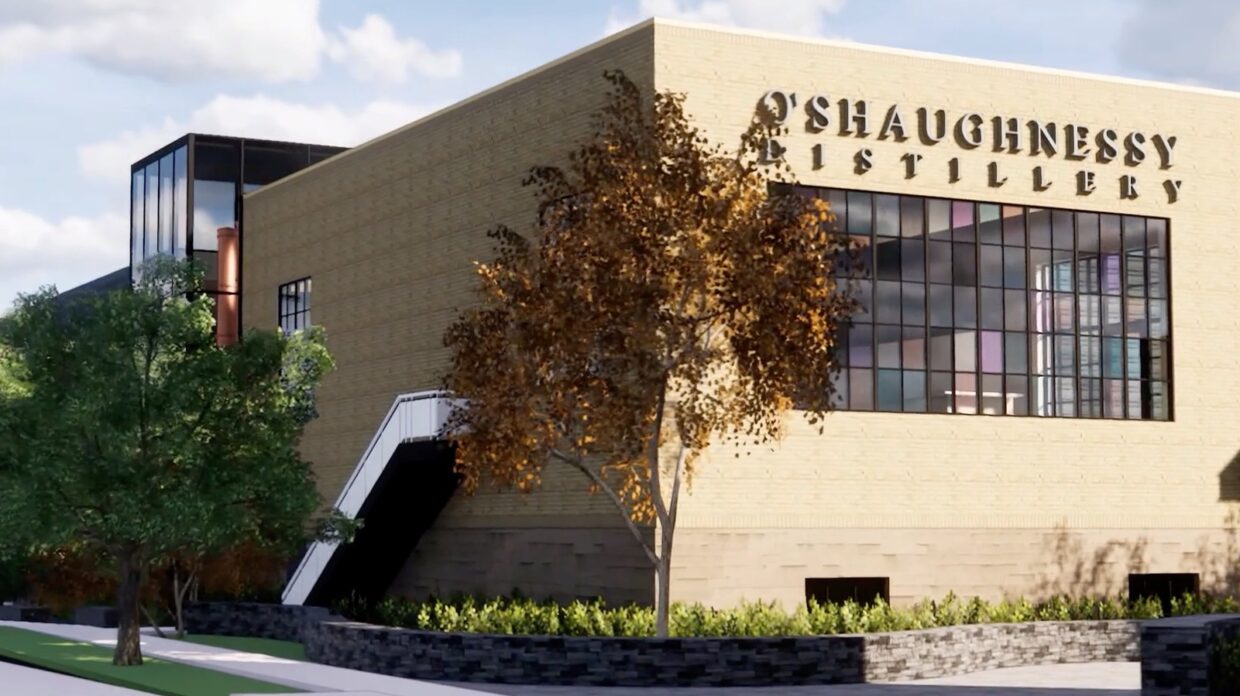 Millions of Americans boast Irish heritage. Now, one of Ireland’s top distillers—the man once responsible for Jameson, among many other brands—is crossing the pond to work at a new Minnesota distillery. Brian Nation, who stepped down as master distiller at Midleton Distillery in mid-June, is joining O’Shaughnessy Distilling Co. in Minneapolis, which is due to start distilling in 2021. Whisky Advocate spoke with Nation and the distillery’s founders to find out how he was lured away from Ireland’s most prestigious whiskey position.

The Adventure of a Lifetime

The Irish diaspora reaches around the world, to the extent that the number of people claiming Irish heritage now vastly outnumber the population of Ireland; among them are cousins Patrick and Michael O’Shaughnessy, two avid spirits fans with an entrepreneurial zeal whose ancestors emigrated from Ireland to the U.S. during the Great Famine of the 1840s. “We have an old Irish heritage that goes back many generations, and of course today, we’re Irish Americans,” Patrick O’Shaughnessy says. “Being able to blend our old Irish origins with who we are today in a family business that allows us to collaborate on something that’s creative and passionate is really at the heart of why we embarked on this journey.”

The cousins first began laying the groundwork for O’Shaughnessy Distilling Co. in 2019. Finding the right distiller was “a long journey,” says Michael O’Shaughnessy, outlining how they searched for highly qualified individuals by talking to industry experts behind the scenes and building up relationships. Both men were captivated by the fact that Irish whiskey is the fastest growing category in the world, which influenced their strategy. “We reached out to Brian blindly,” adds Patrick, admitting candidly that they were just hoping to be granted an audience with the master distiller. 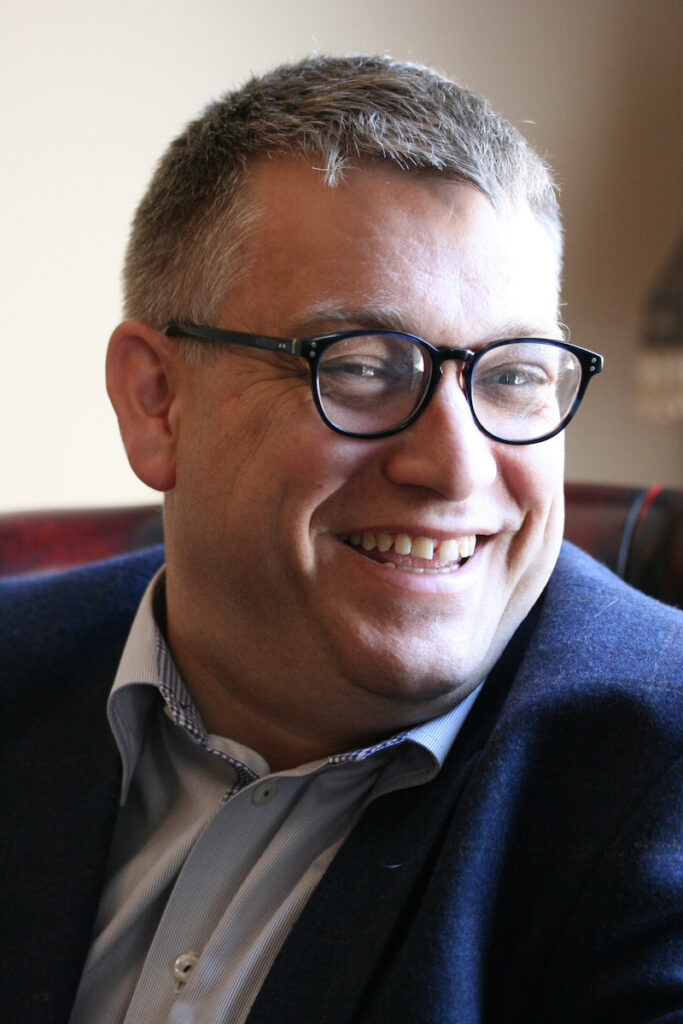 Brian Nation looks forward to learning American measurements, but has some trepidation about the Minnesota winters. (Photo by Jonny McCormick)

Nation had no plans to move on from Irish Distillers before the O’Shaughnessy cousins contacted him in November 2019. “If you met me 12 months ago and asked me if I would be moving over to America with my family, the answer would have been no,” says Nation. “But that’s before I met Patrick and Michael O’Shaughnessy.”

Patrick describes the encounter as “an immediate connection—the fit was just there.” Nation brings experience to the role, of course, but his creative thinking was the biggest draw. “Brian [was] interested in creativity, innovation, and not being confined by a conventional approach which was really unique for a guy that’s running one of the biggest distilleries in the world,” says Michael. “He approached the process with a twinkle in his eye for doing something new and innovative—those were the things that just clicked right out of the gate.”

Nation spent 23 years at Irish Distillers, becoming master distiller in 2013. During his tenure, Midleton Distillery expanded its operations with the opening of the Garden Stillhouse in 2013 and the microdistillery, dubbed the Micro, in 2016, giving him unparalleled expertise in the complex production of triple-distilled Irish whiskeys on every scale. But the draw of creating a whiskey distillery from scratch proved irresistible.

“Patrick and Michael have given me and my family the opportunity and adventure of a lifetime,” says Nation. “From a personal point of view, it gives the family the opportunity to move to a new country, experience a new culture, and move out of Ireland. Professionally, I’ve been given the opportunity to work with a team to build a brand and a distillery from the ground up, and that’s something that really does excite me.” Nation is looking forward to integrating his Irish whiskey expertise with the functions of an American distillery, and mastering the different terminology and measurements, such as Fahrenheit and gallons, used in American whiskey making. “That’s a complete challenge for me to get the conversions right!” he says.

He’ll also need to adapt to the vagaries of the weather in Minnesota. “They did tell me that winters were going to be cold,” he acknowledges. “As I did more research into it, I think cold is an understatement. That’s something that’ll be a challenge for us, as we’re certainly not used to cold winters in Ireland.”

O’Shaughnessy Distilling Co. is currently finalizing the production staff, ordering the distillery equipment, and building out a facility that will have the capacity to produce 600,000 liters of pure alcohol—around 4,300 barrels—per year. “With innovation in mind, having a lot of flexibility built into the distillery is going to be a key part of the design,” says Nation. “This distillery will not be successful due to just one person. It’ll be having the right team around us, all moving in the same direction, with the same values, passion, and commitment to developing great quality innovative whiskeys that everybody will enjoy.”

Naturally, the distillery’s focus will be whiskey, and the first whiskeys—sourced, of course—will debut next year to coincide with the distillery’s grand opening. “We will be bringing a unique collection of whiskeys to market,” says Patrick. “These include world-class Irish whiskeys of various makes including a traditional pot still, a single malt, and some very special aged expressions. In addition, Brian is developing a new expression that you can be sure will leverage his deep experience in Irish whiskey with his newfound interest in American whiskey.”

Details on the whiskey Nation will distill from scratch, however, are scant; despite multiple requests for information, the O’Shaughnessys have kept mum. Obviously, an American distillery cannot make Irish whiskey, but it could produce Irish-style whiskeys, like single pot still whiskeys made with the mixed mashbills found in the Emerald Isle. Other American distillers, including Dry Fly, Ransom, Talnua, and ASW, have made successful forays into the single pot still style, unconstrained by regulations dictating proportions of unmalted and malted barley and other grains, and O’Shaughnessy may decide to follow suit. American single malt is growing rapidly, but this project could help American single pot still whiskey to gather momentum.

O’Shaughnessy Distilling Co. adds to Minnesota’s growing distilling scene, joining the likes of Phillips Distilling Co., Panther Distillery, Tattersall Distilling, and Du Nord Craft Spirits. “There’s a thriving community of distillers and there’s plenty of spirits enthusiasts drinking out and about here locally,” says Patrick. O’Shaughnessy Distilling will be rooted in Minneapolis, but envisions quickly expanding across the U.S. “We’ve got ambitions well beyond Minnesota, but we’re going to get it right locally first,” Michael says. And perhaps, someday, they’ll even export their whiskeys back to Ireland.