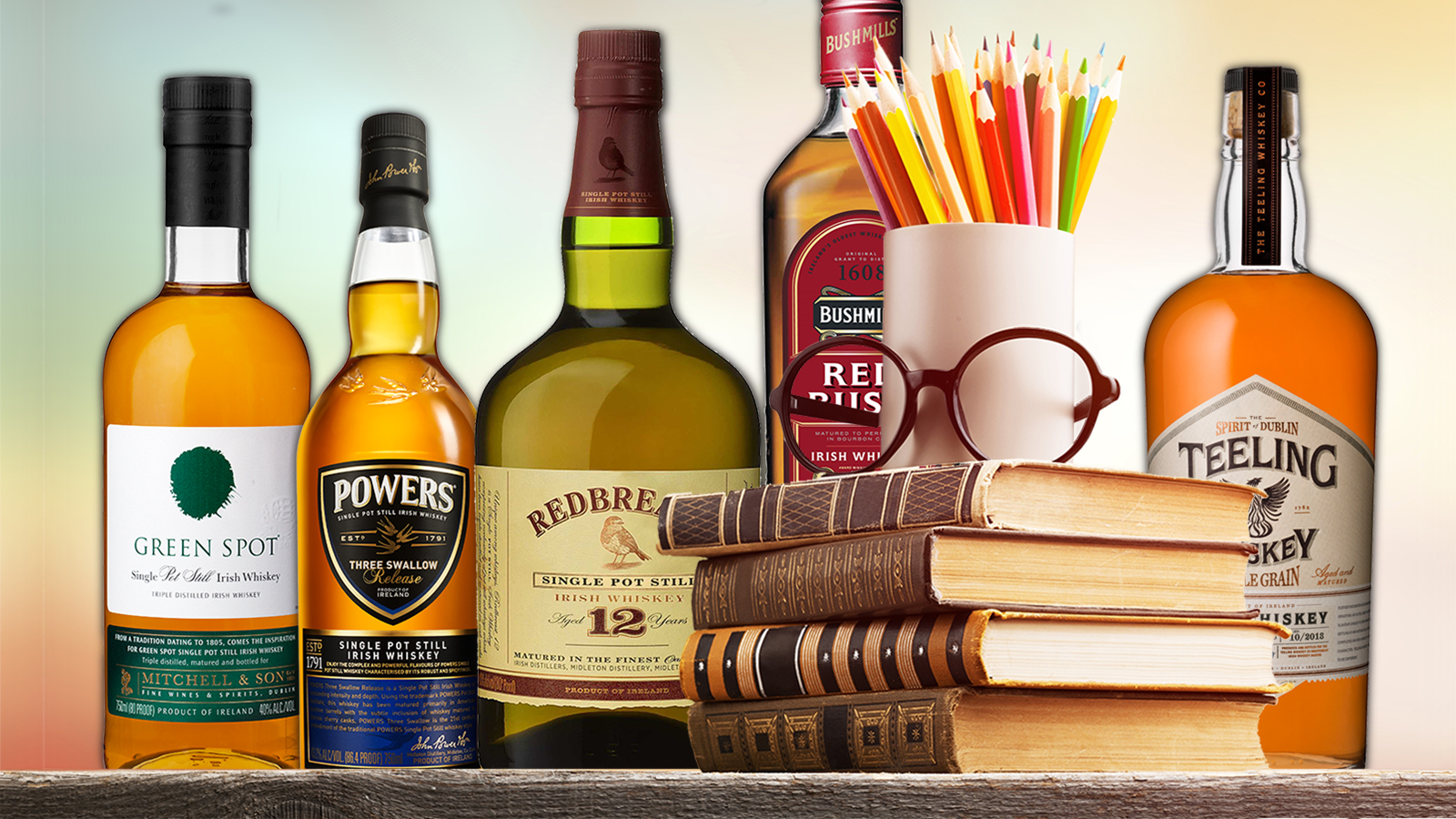 Owing to its reputation as a lighter, usually blended, “smoother” pour, Irish whiskey is often seen as an entry point for the entire category. Perhaps your first interaction with it was a Jameson shot at the bar, but go further, and there’s a lot of truly exquisite stuff from the Emerald Isle. In fact, Ireland offers a wealth of whiskey variety through its four styles: single malt, single pot still, single grain, and blended. (Learn what differentiates each of them in our Instant Expert guide.)

Irish whiskey is perpetually approachable; never overly aggressive, nor too off-beat in flavor—and it’s typically quite affordable. That means beginners are easily able to dip their toes into the category, discovering the greatness—and diversity—of Irish whiskey without intimidation.

Irish Whiskey 101: Start Your Education With These Whiskeys

Green Spot—91 points, $50
Made at Midleton Distillery, along with its elder siblings Yellow Spot and Red Spot, this is Irish single pot still whiskey at its most archetypal, and very easy-drinking. The nose is grassy with hints of apples, both baked and right off the tree. The palate is oily and almost chewy, though never too brash—rounded out with vanilla, butterscotch, and tons of honey.

Powers Three Swallow—91 points, $48
Irish Distillers makes this single pot still Irish whiskey, which they claim tastes just like what was made in the late 18th century when John Power started the brand. Whether or not that’s true is irrelevant if you like the taste, which is complex yet accessible. The nose offers strong notes of dried fruit, herbs, and spices, while the palate is thick and oily, but nevertheless mellow, fruity and a bit nutty. The finish is long and inviting, coating the mouth with coconut and vanilla.

Redbreast 12 year old—96 points, $60
Another single pot still whiskey from Midleton, this is a highly regarded pour for any level of Irish whiskey lover: approachable, elegant, and refined. While the nose is bright and citrusy, the palate is exceptionally balanced and smooth as silk, leaning more dessert-like, with flavors of nougat, french toast, and s’mores.