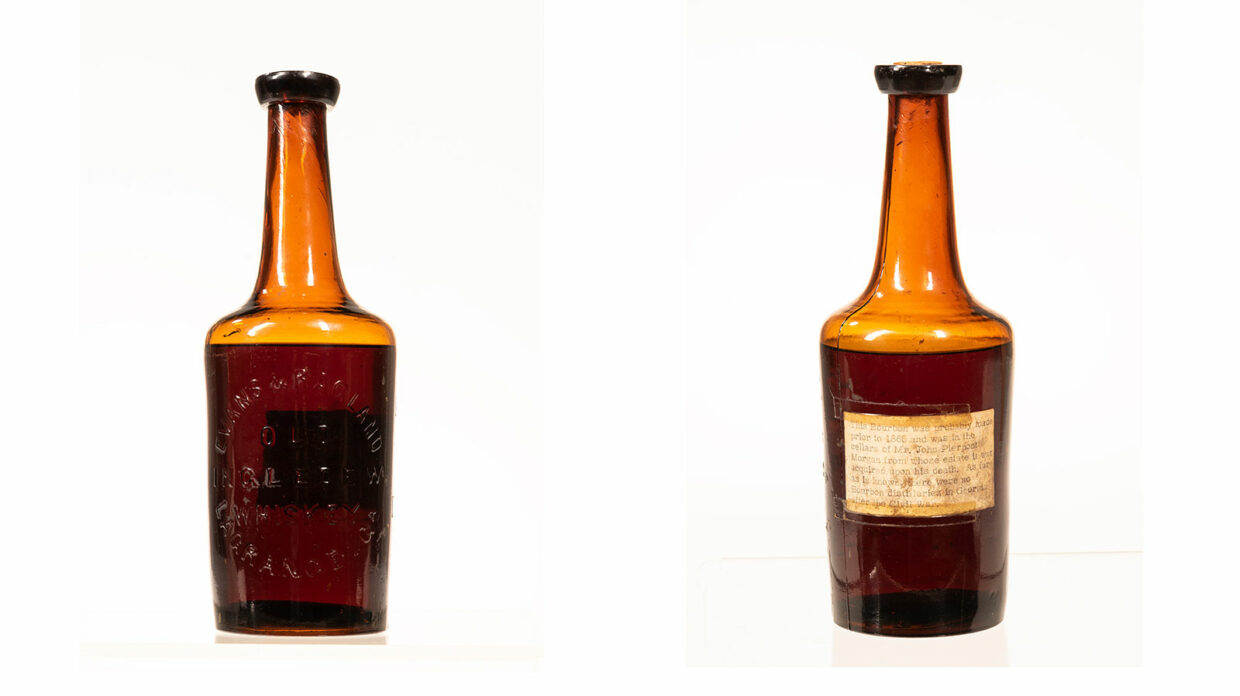 In late June, Massachusetts-based auction house Skinner Inc. will be selling what could be the oldest-known whiskey in existence. Skinner’s rare spirits specialist, Joseph Hyman, has based this claim on radiocarbon dating of a sample taken from this whiskey, branded as Old Ingledew, suggesting an 81.1% probability that it was produced between 1763-1803. But does the science support this claim?

Radiocarbon (14C) dating is a great tool for accurately determining the year of distillation of single malt scotches within one to three years, providing that the whiskies are from the atomic era (1950 to the present day). It can discriminate between genuinely old whiskies and fakes that have been refilled with modern liquid. For whiskies produced before 1950, however, this dating technique is far less accurate—due to the variation of 14C, which often indicates numerous possible time frames that can span multiple decades.

The seller’s provenance story traces the bottle through seven different owners, from financier J.P. Morgan’s purchase to this auction consignment to Skinner. Radiocarbon data strongly suggest the Old Ingledew whiskey was produced before the atomic era, so it’s certainly old. Further analysis was compatible with a high percentage of corn in the mashbill, which means that it could be bourbon, or possibly corn whiskey.

Skinner dates the bottle’s manufacture at 1840-1870, meaning that if the liquid was distilled in the late 1700s, there appears to be a notable non-contemporaneous relationship between bottle and liquid. It is thought to have been filled by LaGrange, Georgia-based grocer and merchant Evans & Ragland, which operated in the 1860s and 1870s.

Radiocarbon dating cannot tell us anything about the make of the whiskey or the distillery of origin, as no standards are available for comparison. But the crux of the matter is the distillation date. Testing conducted by Alex Cherkinsky, a senior research scientist at the University of Georgia, indicated a probability of 81.1% for 1762 (that is the harvest date, so add one year for the distillation date), but also 5.5% for 1937, and 5.3% for 1946, plus lower probabilities for several other years.

Skinner also consulted Gordon Cook, head of the Scottish Universities Environmental Research Center (SUREC) Radiocarbon Laboratory and a professor at the University of Glasgow, about the Old Ingledew analysis. But Cook’s role was merely to look at the data from the University of Georgia and help determine the distillation dates from his work on single malts, rather than repeat the radiocarbon dating on another sample. Tiny variations in the 14C readings can throw these age estimates off by decades, even centuries.

Given the potentially historic nature of this bottle, a single analysis producing an unexpected result should be interpreted with caution, not as proof. A useful first step would be to establish the reproducibility of the data by testing the whiskey in other laboratories.

Probability and accuracy are not the same thing, and the calibration curve for radiocarbon dating has far greater accuracy from the 1950s onward, as I have noted. In the past, we have seen radiocarbon-dating results of a c.1920 Lagavulin that suggested it could be from 1821-1889 or from 1913-1954. Despite a 74.5% probability of it coming from 1821, this was rejected in favor of the later time period (despite having a much lower probability in single digits). The radiocarbon dating therefore reported a very broad time span—encompassing 109 years across two centuries. Thus, as a technique being applied well outside of its highly calibrated range, radiocarbon dating might be the wrong tool for establishing the provenance of this whiskey.

Skinner’s sale will run online from June 22-June 30. Considering the claims about Old Ingledew’s age and history, it has been given a rather conservative pre-sale estimate of $20,000-$40,000. Whether it sells for that sum or much more will depend on whether the bidders believe that a single 14C reading provides a sufficient burden of proof.