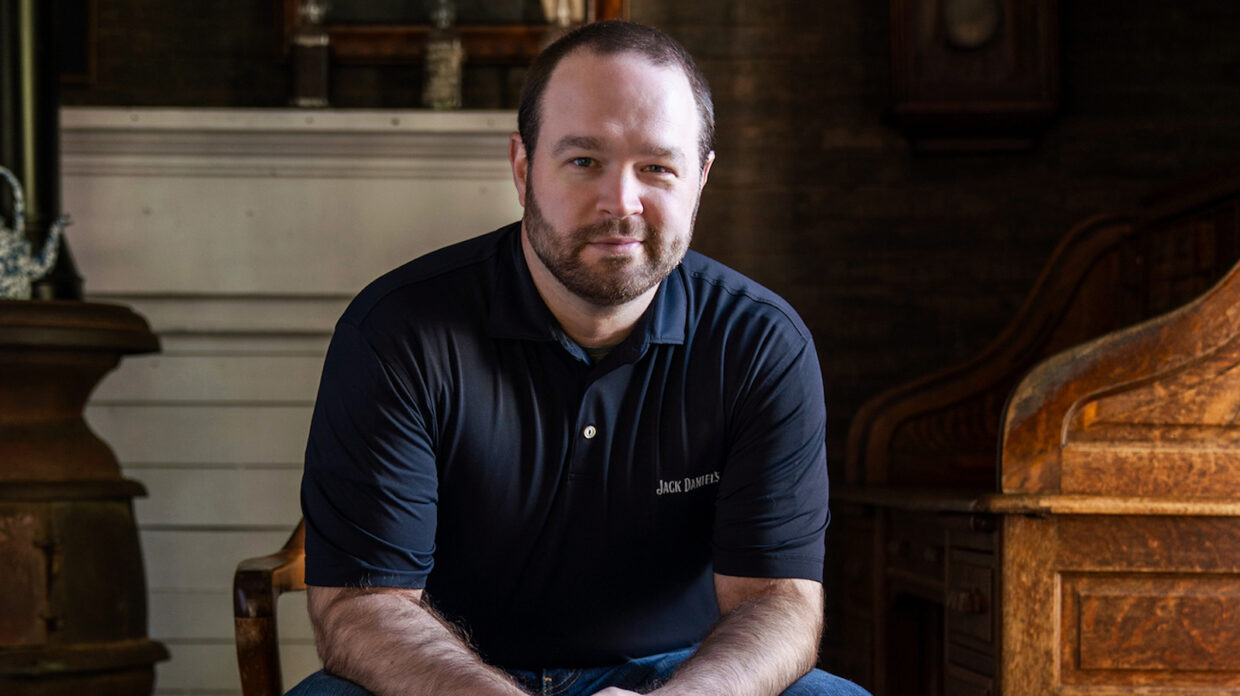 Chris Fletcher will take over the role of master distiller at Jack Daniel's after Jeff Arnett left the position in early September.

Jack Daniel’s just named its new master distiller. Chris Fletcher is taking the reins from Jeff Arnett, who stepped down in September, capping a nearly 20-year career at the powerhouse American distillery, including the last 12 as master distiller. As the new master distiller, Fletcher will be responsible for the overall quality of Jack Daniel’s, as well as innovation, and will serve as a global ambassador. Additionally, he’ll oversee the distillery’s new “Distillers in Training” program, which aims to recruit, teach, and mentor aspiring whiskey makers.

Fletcher’s appointment may be the latest example of how whiskey-making often runs in families. The Lynchburg, Tennessee native grew up roaming the Jack Daniel’s warehouses and distillery floors with his grandfather, Frank Bobo, who helmed production as its fifth master distiller from 1966 until his retirement in 1989. “I’m coming here today from my grandfather’s office,” Fletcher told reporters during a virtual press conference on Oct. 7. “It’s a really special thing for me to be in this role, right here, at this office and in this distillery.” That’s not to say that following in Bobo’s footsteps was Fletcher’s dream from Day One. “Growing up in Lynchburg, you don’t really think about Jack Daniel’s as a brand. It’s where most peoples’ families work, and my family was certainly no different. I was a young guy running around this place—I didn’t even know what whiskey was. There was never this moment where my grandfather sat me down and taught me.”

A chemist by trade, Fletcher, 39, began his career as a part-time tour guide at Jack Daniel’s in 2001 while earning a degree in chemistry from Tennessee Technological University. “I came home after my second year in college, and my roommate at the time wanted to take the tour at Jack Daniel’s,” he explained. “A light bulb kind of went off in my head. As a part-time tour guide, that’s where you learn all the history. That’s when it all started to first come together, the chemistry and the whiskey-making.” After graduating in 2003, Fletcher worked for nearly a decade in research and development for Jack Daniel’s Louisville, Kentucky-based parent company Brown-Forman. “That’s really where my journey began, where the dream began, that maybe one day I could become a distiller.”

Learning From the Best

Fletcher left for a two-year stint working as lead chemist at Buffalo Trace Distillery, but returned to Jack Daniel’s in 2014. What lured him back to Lynchburg was the chance to work with Arnett. He’d spend the next six years deepening his knowledge of whiskey-making as Arnett’s right-hand man, serving as assistant master distiller. “Long story short, the opportunity to work for Jeff was a huge reason to come back home in a lot of ways,” Fletcher explained. “More than anything, Jeff is just a great friend, and a great person to work for. I’ve certainly learned a lot.” Nor did Fletcher see Arnett’s departure coming. “I was very surprised,” he added. “I wish him absolutely nothing but the best. He and I were aligned, honestly, 99% of the time. We knew we were on the right path. [And we’ll] remain great friends.”

It all but goes without saying Fletcher has gargantuan shoes to fill. As master distiller at Jack Daniel’s, Arnett was responsible for overall whiskey-making operations as the company introduced its now coveted Sinatra Select, Single Barrel Barrel Proof, and Single Barrel Heritage Barrel expressions, as well as the Tennessee Tasters’ limited-edition series. Additionally, several flavored whiskeys launched including Jack Daniel’s Tennessee Honey, Tennessee Fire, and Tennessee Apple. Most recently, Arnett shifted focus to developing Jack Daniel’s Tennessee Rye, the distillery’s first new mashbill since Prohibition. But given Fletcher’s tangible passion for, and confidence in, the distillery—and experience he’s gained working at a range of production facilities across North America—he’s game to dive right in. One of the projects he’s most looking forward to tackling as the new master distiller has to do with the innovation Jack Daniel’s is known for. “This is the part that just gets me so excited,” he said. “Innovation has been a big part of my role as assistant master distiller the past few years. The most current thing I can talk about is the Tennessee Tasters’ lineup. We really view that as our experimental line—small runs of different things pushing the envelope. We have one that’s just coming out…with a really unique wood insert, Jamaican allspice wood, that really just provided loads of flavor.”

Even with Fletcher’s penchant for innovation, at the end of the day, consistency reigns. “One of the things I take a lot of pride in is to be able to look people in the eye and tell them, we make whiskey the same way my grandfather made it when he started here in 1957,” he added. “The priority is to make sure that the consistency, the flavor, of Old No. 7, is tried and true.”