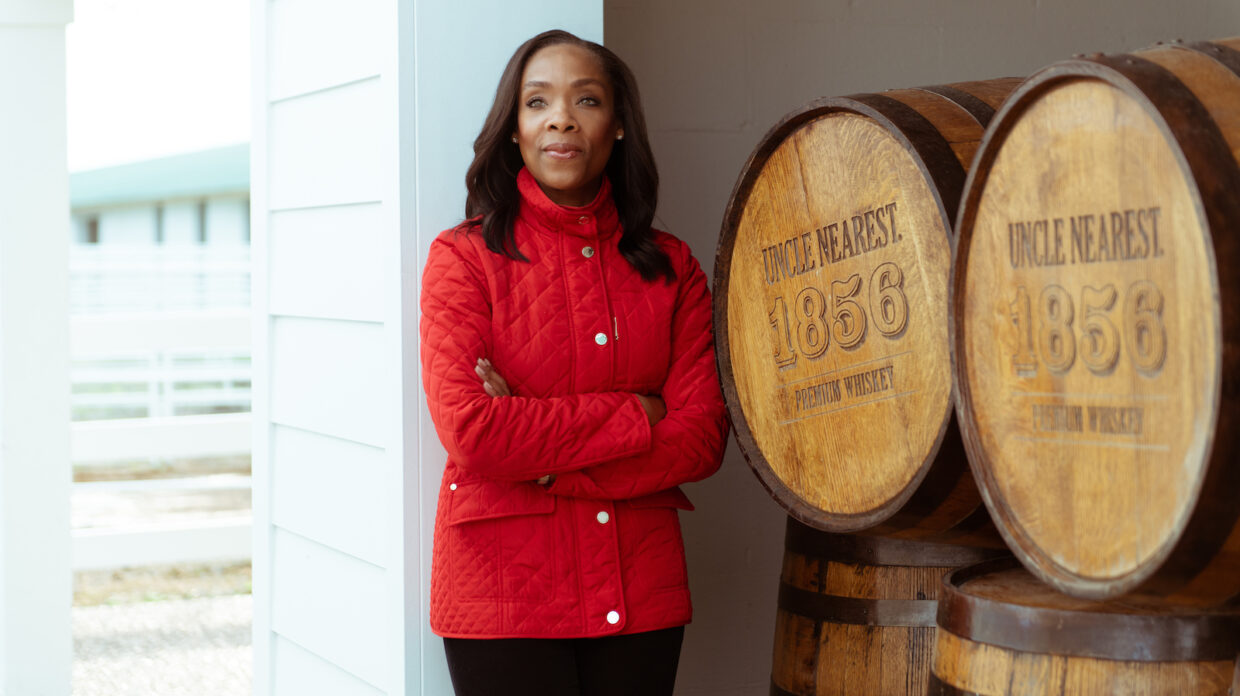 Fawn Weaver, founder and CEO of Uncle Nearest, says that the whisky industry needs to work together to foster greater diversity and inclusivity. Uncle Nearest has partnered with Jack Daniel's to do just that. (Photo by Jason Myers)

Amid increasingly vocal national anti-racism demonstrations and demands for equality action, the Jack Daniel Distillery and Nearest Green Distillery have announced a joint, three-pronged initiative aimed at increasing diversity in the American whiskey industry. The two Tennessee whiskey makers have pledged a combined $5 million as part of the Nearest & Jack Advancement Initiative.

“The piece I think our industry was missing until now was that we were all trying to figure out how to foster diversity within the American spirits industry separately,” Fawn Weaver, founder and CEO of Uncle Nearest, tells Whisky Advocate. “The events of the last two weeks brought us together to figure out, with a great sense of urgency, how we can create change and accelerate progress now.”

Uncle Nearest and Jack Daniel’s have a shared history: Nearest Green was the enslaved man who taught Jack Daniel how to distill, though his story went untold for well over a century, and has only become more widely known since Weaver founded the company in 2017. The Jack Daniel Distillery has begun highlighting Green’s contributions to visitors, but the Nearest & Jack Advancement Initiative marks the first official collaboration between the two companies.

“The story of Nearest and Jack and this initiative is bigger than whiskey, and the telling of their story is important to our industry, our country, and the world,” says Matt Blevins, Jack Daniel’s global brand director.

Among the initiative’s many actions is the creation of the Nearest Green School of Distilling at Motlow State Community College in Tullahoma, Tennessee. Weaver says that the two companies have been working with Motlow State for the past year to develop the program.

“When I began looking a few years ago, I realized how few people of color and women were in the pipeline for master distiller roles within our industry,” she says. “And I came to the conclusion that we’d need to create the pipeline if we were ever going to have more women and people of color in those roles.” She reached out to Brown-Forman, Jack Daniel’s parent company, about collaborating on the idea. “They immediately said yes and we began working on it together the following day.” The first courses in the Nearest Green School of Distilling, which is awaiting approval from the Tennessee Board of Regents, may be offered as early as fall 2021.

Support Across The Spirits Industry

Another element of the initiative is the Leadership Acceleration Program, which will offer apprenticeships specifically to African Americans already in the whisky industry with aspirations of becoming a head distiller or holding other significant roles, and the Business Incubation Program, which will offer African American entrepreneurs mentorship in all areas of the distilling business.

“We realized that what we were doing with the Nearest Green School of Distilling was not going to create an impact as large as was needed and as fast as we wanted to better foster diversity within our industry,” Weaver says. “We decided to expand our initiative to address three issues: developing a pipeline of women and people of color in the distilling business, creating a program that helps African American start-ups in the spirits business succeed so more can follow, and helping put more African Americans and people of color into leadership roles.”

The Nearest & Jack Advancement Initiative is among a wider movement to enhance diversity throughout the spirits industry. Black Bourbon Society founder Samara Rivers launched Diversity Distilled earlier this month to assist spirits brands in developing diversity and inclusion policies and actions, and drinks giant Diageo recently announced a $20 million community fund to support Black communities and businesses that have been disproportionately harmed by COVID-19.

“We are excited that we can now bring this initiative to fruition at a time when we’re also improving how we address better diversity within our own corporate structure and increased efforts contributing to the empowerment of Black leaders in our industry at large,” Blevins says.

Weaver adds: “We have to make this industry more appealing so more want to come into it. And we do that by helping those already in it succeed in business and leadership roles.”